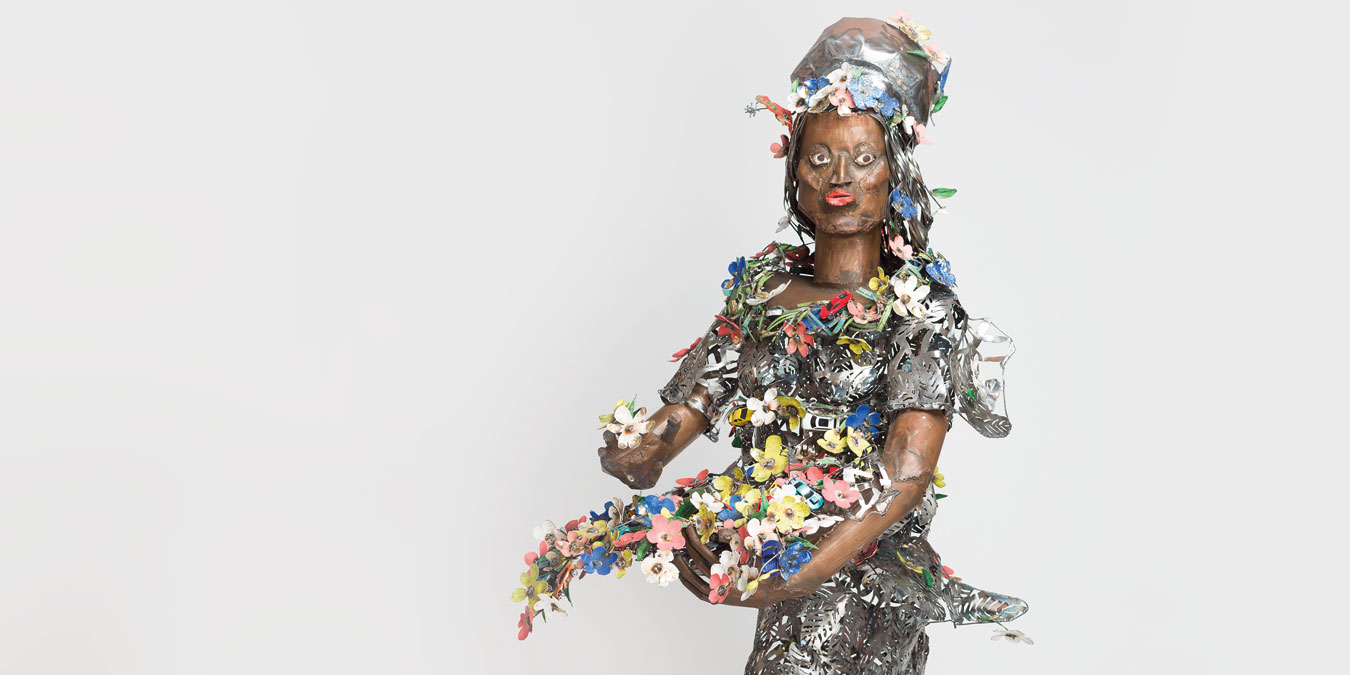 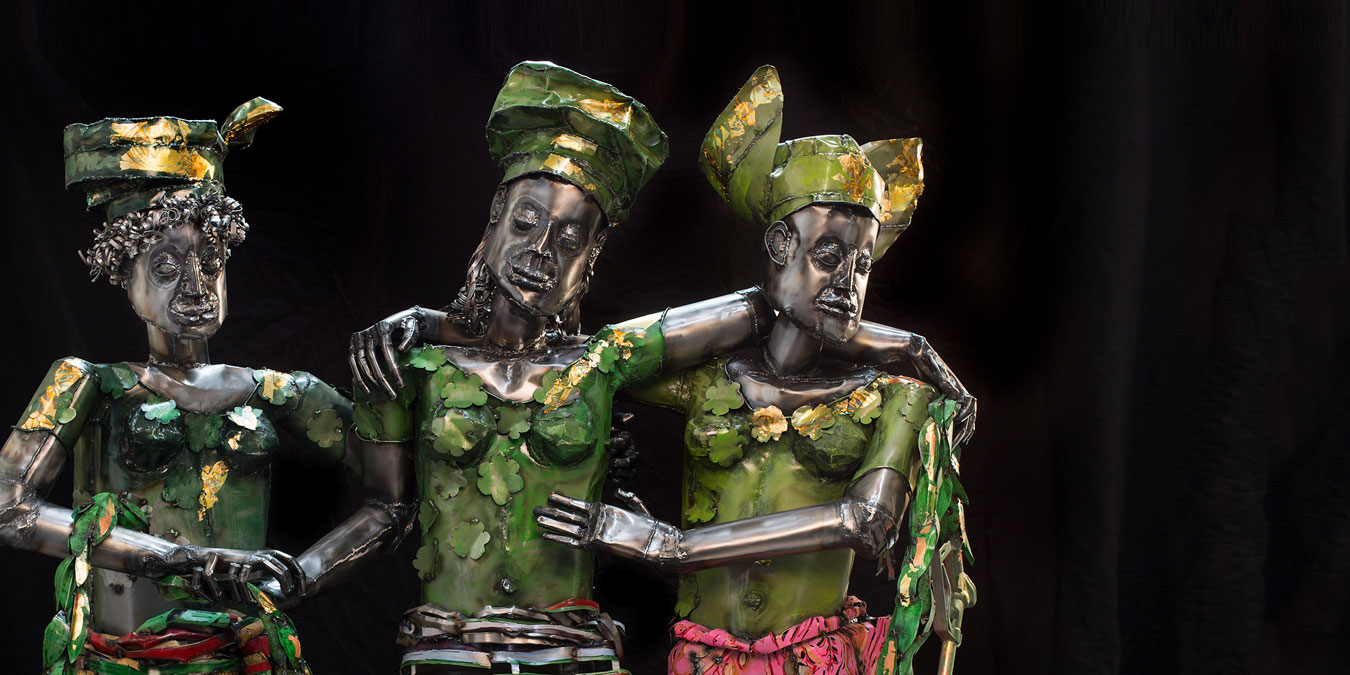 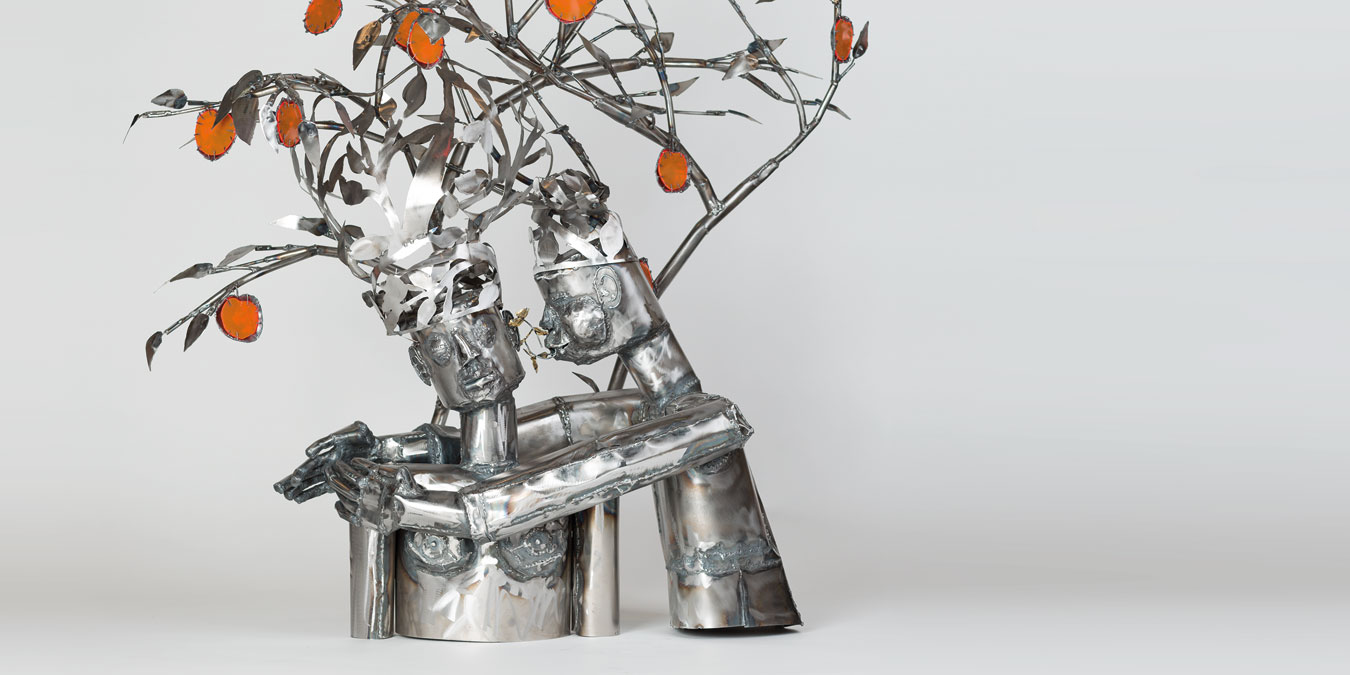 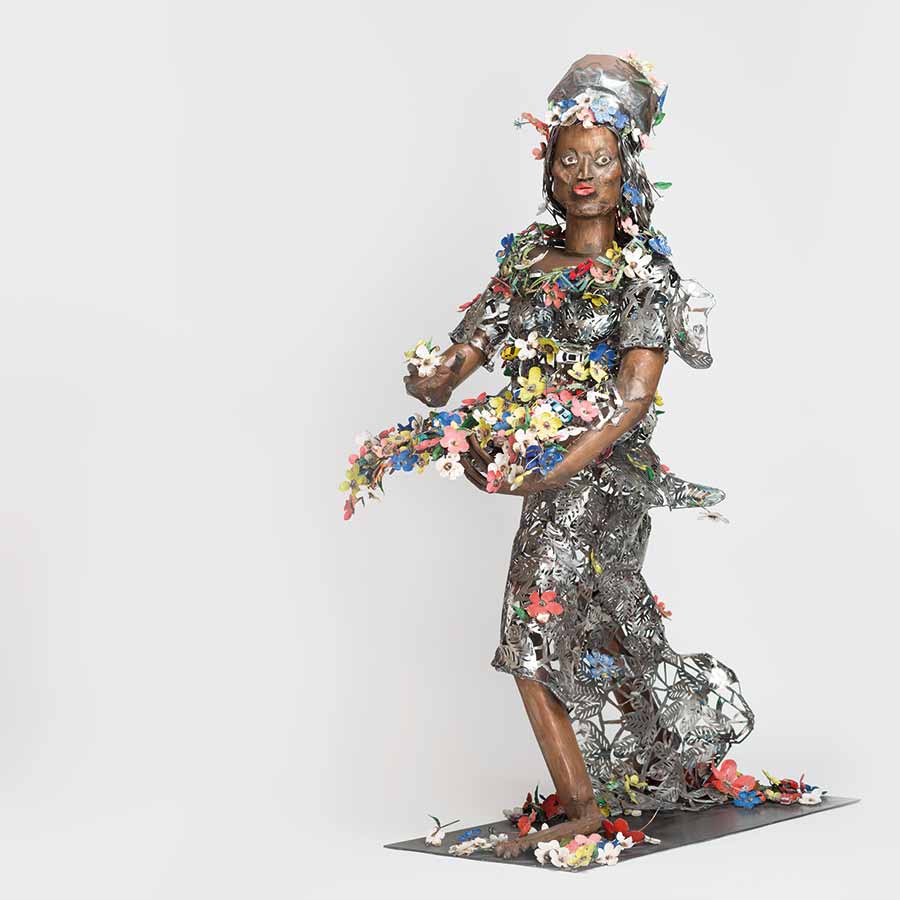 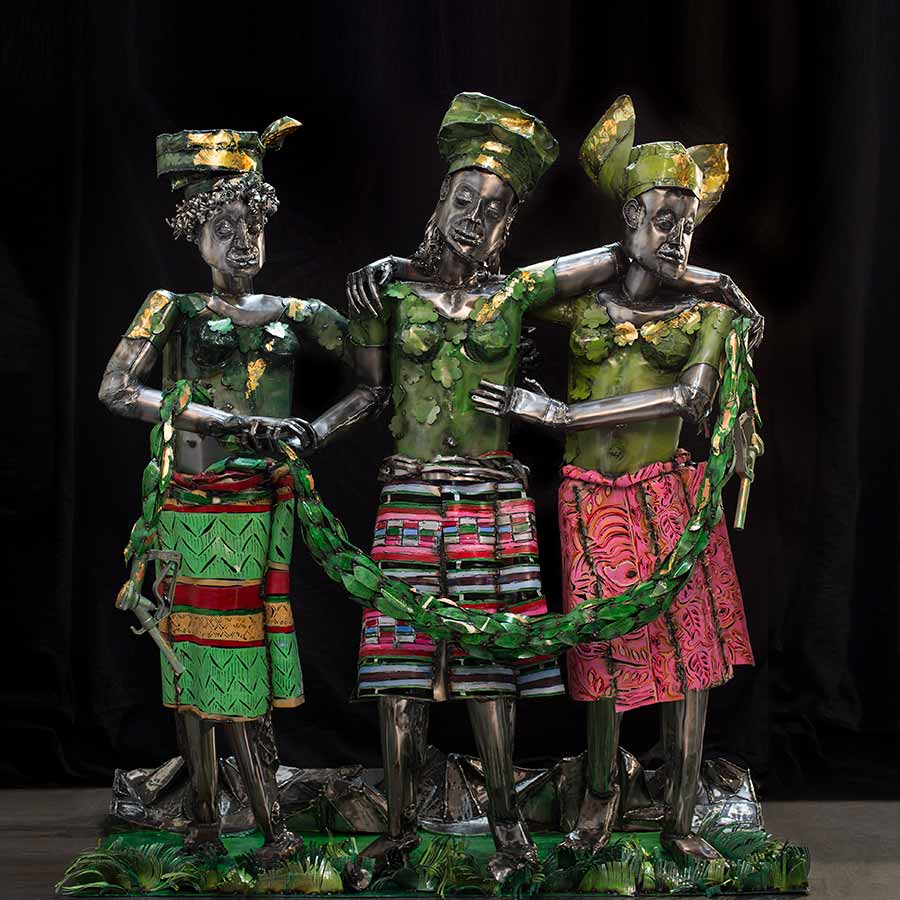 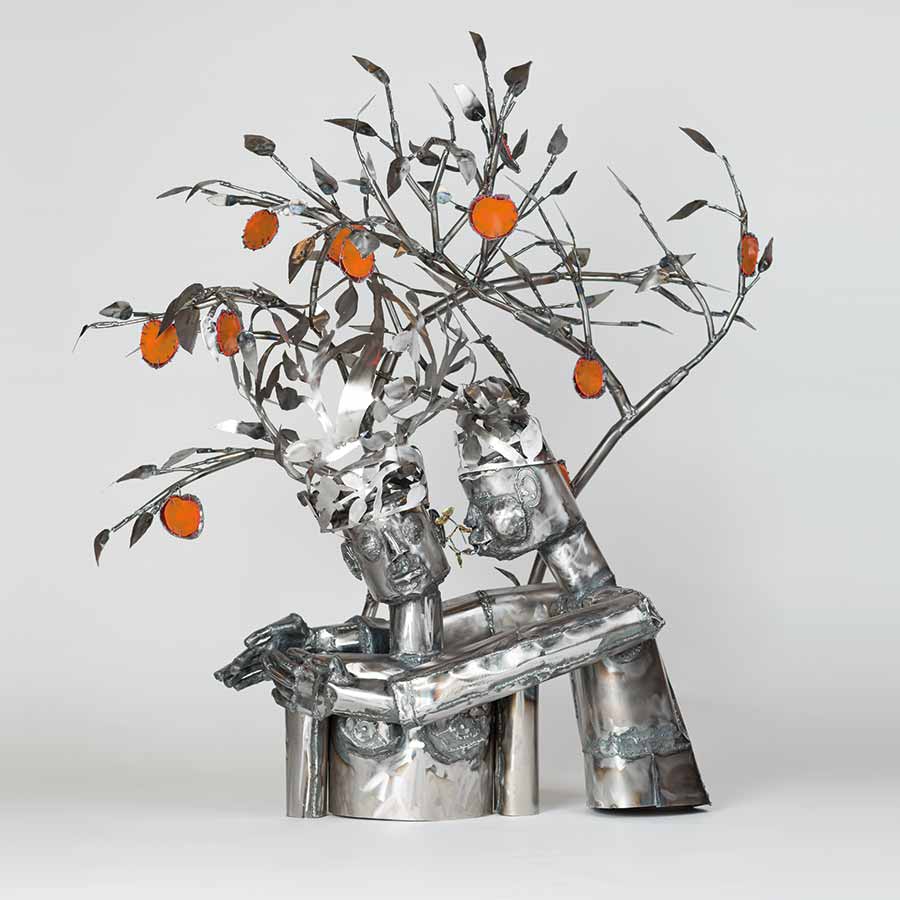 Internationally renowned sculptor, Sokari Douglas Camp, creates her works primarily in steel. Her often large-scale sculptures make frequent reference to her Nigerian roots, at the same time, encompassing contemporary international issues. Douglas Camp studied fine art at the Central School of Art and Design and the Royal College of Art. She has represented Britain and Nigeria in a number of exhibitions and has had more than 40 solo shows worldwide. Her work is in the permanent collections of the National Museum of African Art, Smithsonian Institution, Washington, D.C.; Setagaya Art Museum, Tokyo and the British Museum, London.

Primavera brings together major new sculptures which focus on the reinterpretation of familiar figures from the European classical tradition. The large work Europe supported by Africa and America, recreates and adapts an 18th century engraving by William Blake. This intricate composition features three female figures touching and supporting each other, dressed in contemporary clothing remnant of high fashion in Nigeria modern icons of contemporary culture and society.

Douglas Camp is one of the winners of the memorial for Ken Saro-Wiwa in London, and was one of the shortlisted artists for the Fourth Plinth in 2003. She collaborated with Ground Force to create an African Garden for the British Museum, as part of Africa ‘05. In 2005, she was awarded a CBE in recognition of her services to art. Her critically acclaimed work Battle Bus travelled to Nigeria last year as part of Action Saro-Wiwa, a campaign to clean up the Niger Delta, eliciting nationwide support after having been held by local government officials.
View Artist Page
Related Items From Our Store 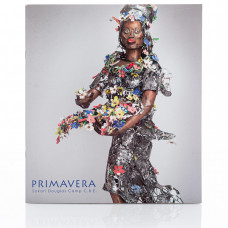 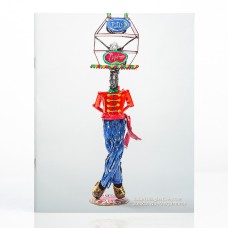