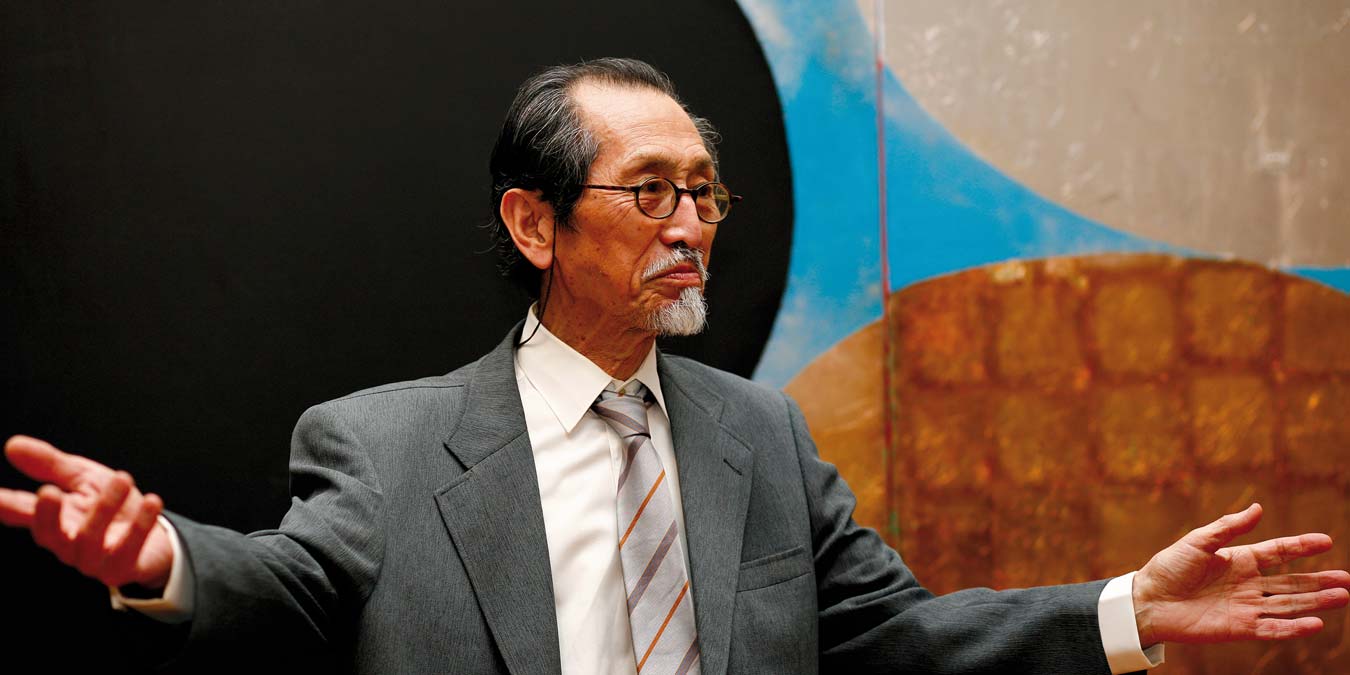 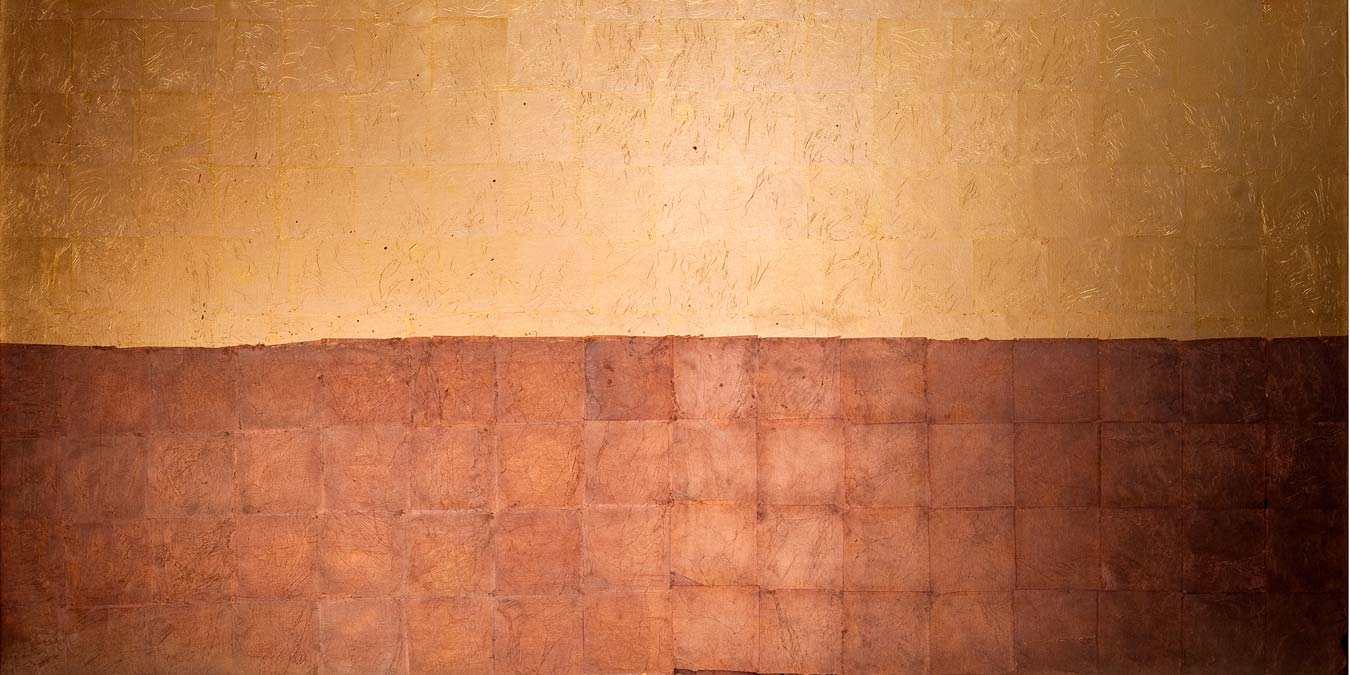 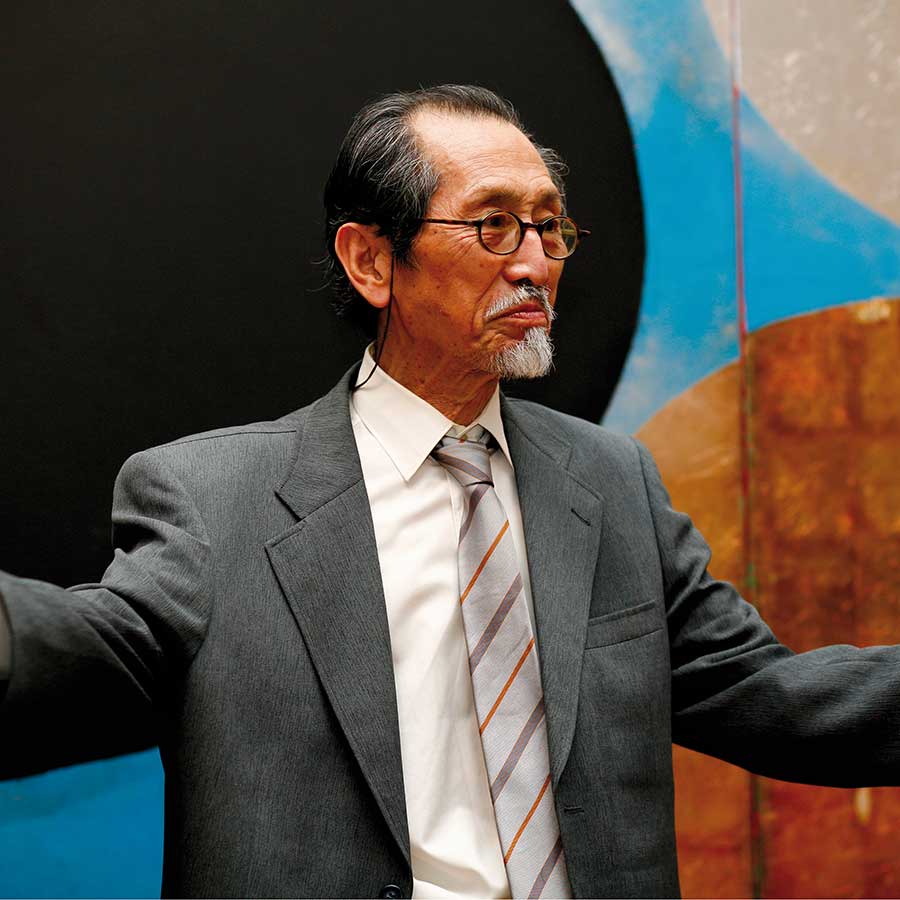 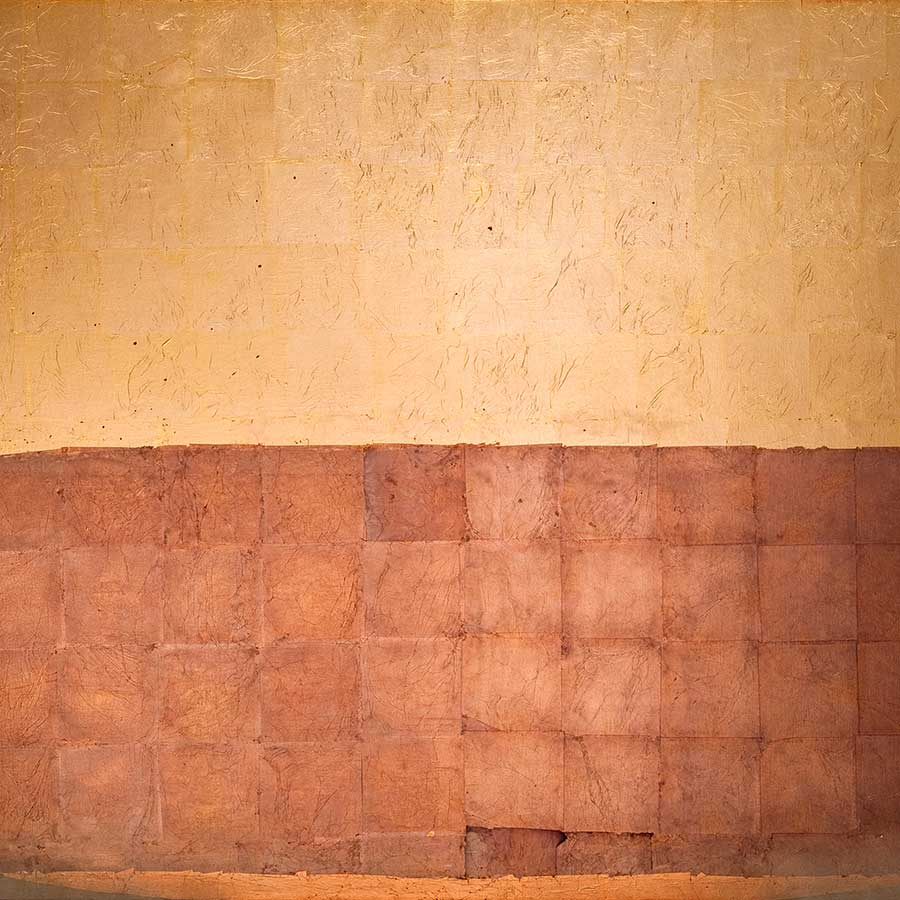 To mark the first anniversary of the passing of Kenji Yoshida, the October Gallery is pleased to announce a special exhibition of Yoshida’s work that will celebrate the extraordinary life of this remarkable man and outstanding artist. The exhibition, A Celebration of Life, will display works from the different periods of Yoshida’s career, including the incandescent etchings he made at Stanley Heyter’s Atelier 17 in Paris in the early 60’s, inks, calligraphy and paintings on paper from the 70’s onwards, as well, as the distinctive oil and metals on canvas that are his characteristic contribution to contemporary art, deftly-sketched portraits of the created universe itself.

As a young man growing up in Osaka, Yoshida first trained as an artist under the direction of Furukido Masaru Sensei, to whom he often later referred as his great mentor. Yoshida was only thirteen when war broke out in 1937, beginning with the Imperial Army’s invasion of China. The following year saw further expansion of hostilities with Japanese invasions of Russia and Mongolia. The country of Yoshida’s birth would continue on an evermore frenetic war footing until the ultimate admission of defeat, in 1945.

Given his age there was never any doubt that Yoshida would be sucked into conflict, and he was trained as a pilot of the Japanese Naval Air Force.
By the time he graduated, in 1945, the end of the war was already looming, and the decision was made to launch the remaining planes in ‘kami-kaze’ attacks against the onrushing might of the American Pacific fleet. The experience of watching flights of his young companions take-off, never to return, whilst awaiting the orders that would inevitably seal his own fate, permanently marked Yoshida in ways that we can barely imagine today. Records of the final letters left by other pilots leave us in no doubt as to the unbearable strains under which they all suffered. Yoshida was spared only by the sudden capitulation of the Japanese High Command following the shock of the atomic bombing of Hiroshima and Nagasaki– at which point, just twenty-one years old, Yoshida knew that he was living a charmed life – and that, since others had not survived, he had a serious duty to remember them also.

Recalling the specific admonition of the pacifist Furukido not to take up arms but to pursue painting instead, Yoshida threw himself back into his art with the passion of a man who knew how truly fortunate he was still to be able to paint. For the next sixty-three years of his thankfully long life, he would do little else but devote himself to a sustained exploration of the life-affirming forces that he had seen so nearly extinguished. In 1964, when he left Japan to live in Paris, he took conscious aim at the grandest subject of all, a systematic approach to describing the complexities of the life-force that invigorates everything, and for many years the majority of his canvases have carried that single, most telling of all titles, whether in French, Japanese or English: La Vie, Sei-Mei, Inochi - quite simply - “Life Force”.

His experience of war and destruction on such a scale led Yoshida to become an indefatigable warrior for universal peace and throughout his life he carried that message wherever he went. The power of his art returns us to the fundamentals of life itself, but his yearning for peace is also transmitted in the magnificent, elliptical language of forms and colours that he developed in the hope of revealing the essential unity of humanity to itself.

In 1993, the quality of Yoshida’s work was recognised when he was honoured to be the first living artist ever to be given a solo exhibition at the Japanese Galleries of the British Museum.  During the Festival of Canterbury, 2004, his magnificent octagonal installation, Sei-mei could be seen at Canterbury Cathedral.  In 2006 the Chateau de Blois, in the Loire Valley held a major solo exhibition.  His final exhibition was in the main exhibitions hall of UNESCO in Paris, in 2008.

NHK, Japan’s National Broadcasting Network, is preparing a special documentary ‘Sei-Mei’ on the life, work and transcendence of Kenji Yoshida, directed by the international award winning Yoshitaka Nitta. The programme will be broadcast during prime time this coming August in Japan, a month of commemorative events to mark Memorial Day in Hiroshima and Nagasaki and the anniversary of the end of the Second World War.

Kenji Yoshida : A Celebration of Life, is in collaboration  with José Férez Kuri.

A series of events, talks and films will accompany the exhibition at October Gallery. These include:

Yoshida Kenji: A talk given by Lawrence Smith, Keeper Emeritus of Japanese Antiquities, at the British Museum,  on Saturday 17th April at 3pm, at October Gallery. 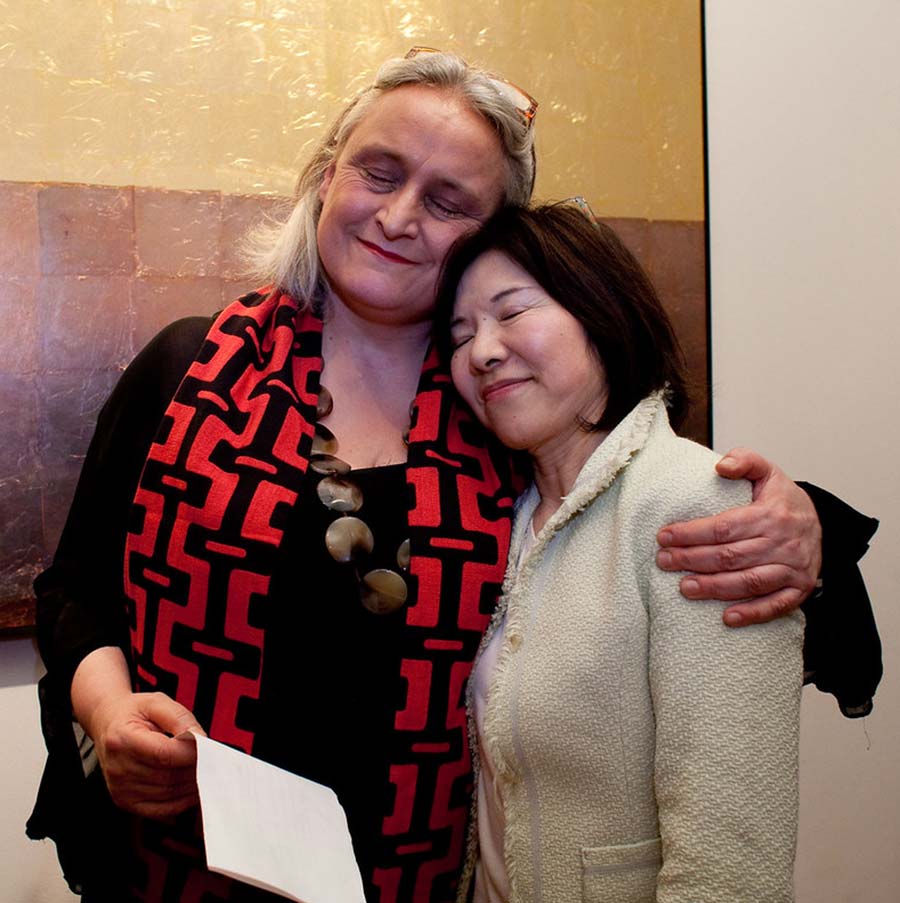 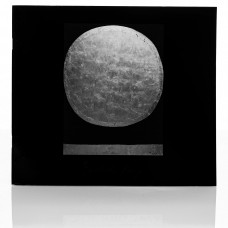 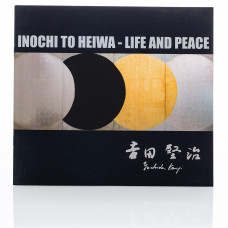