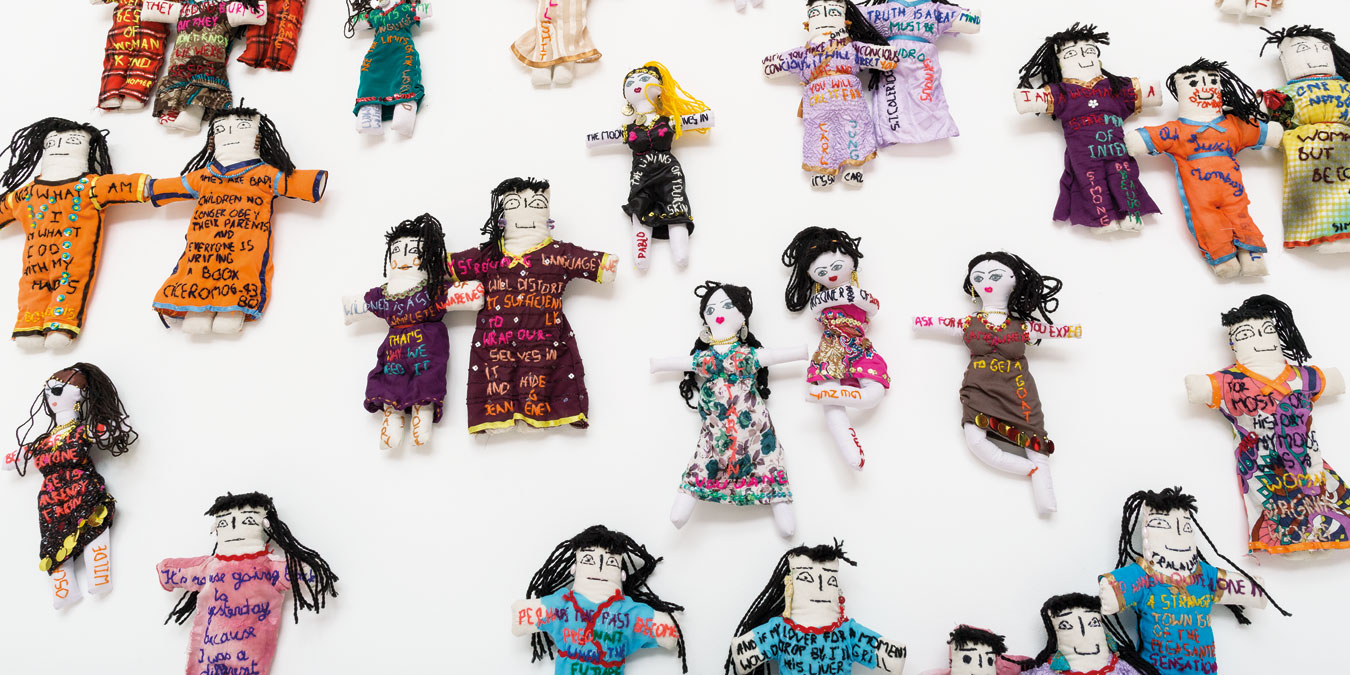 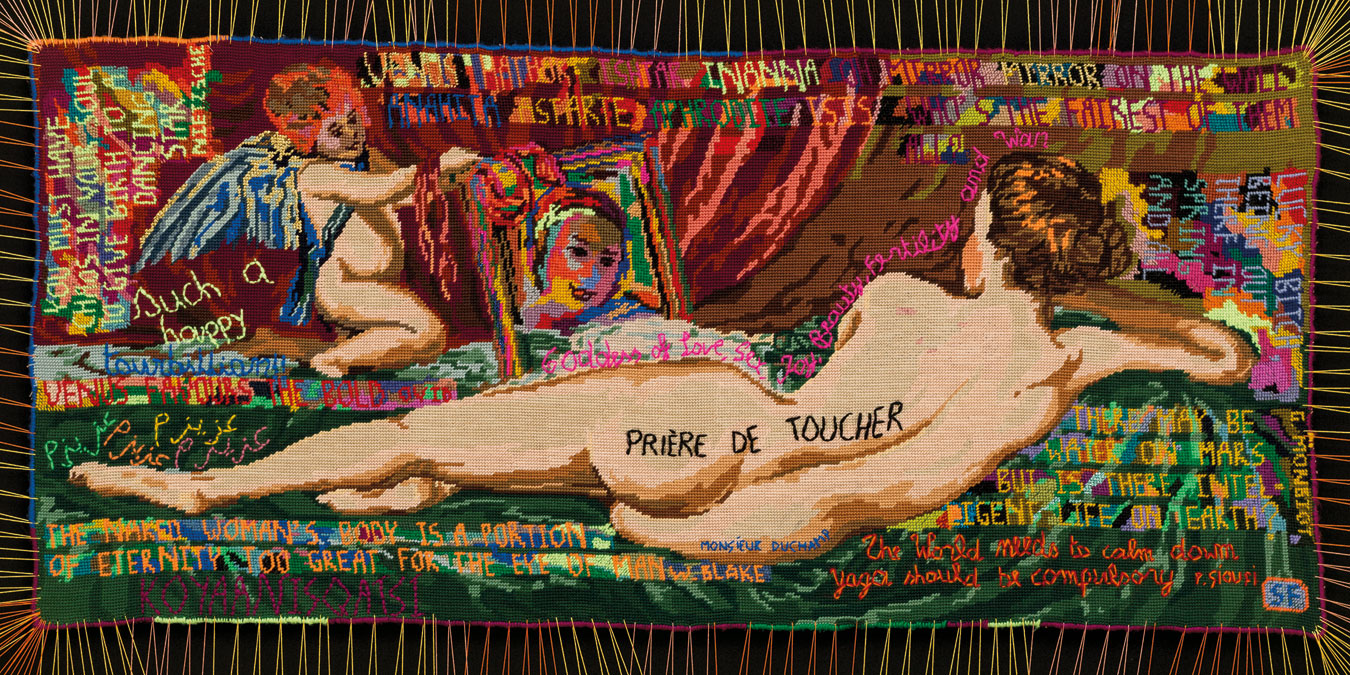 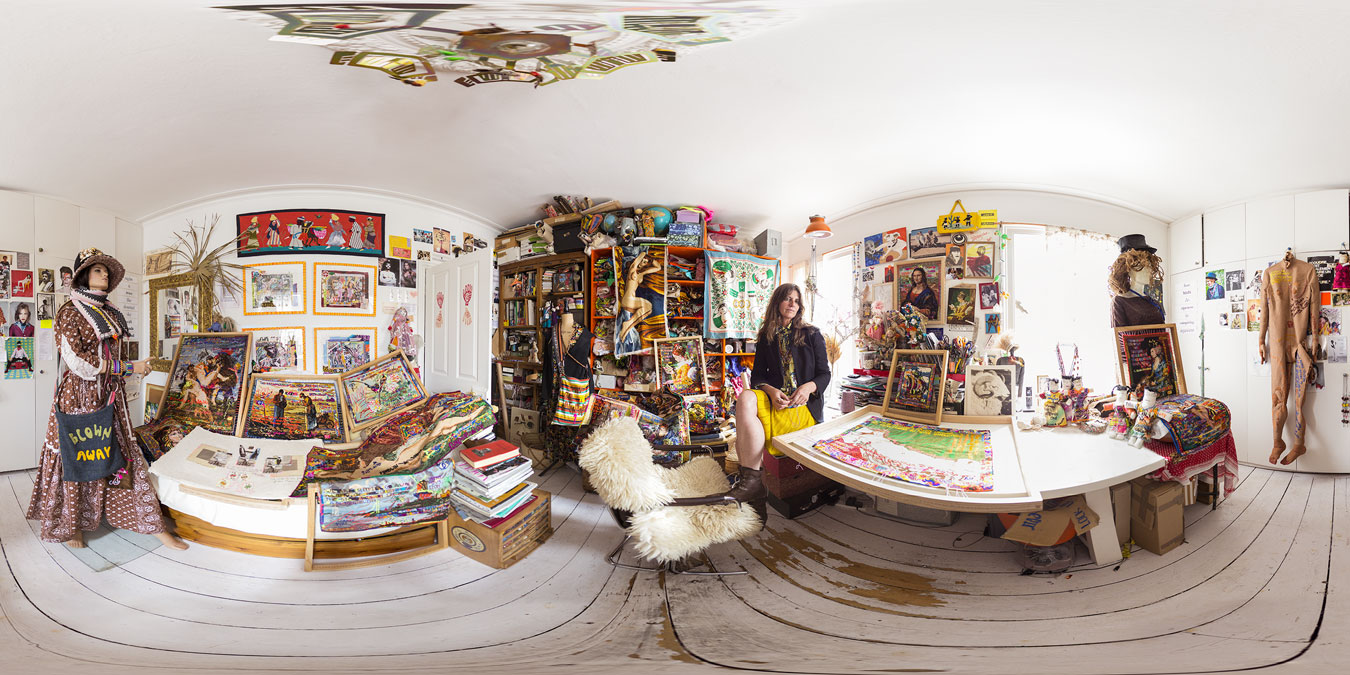 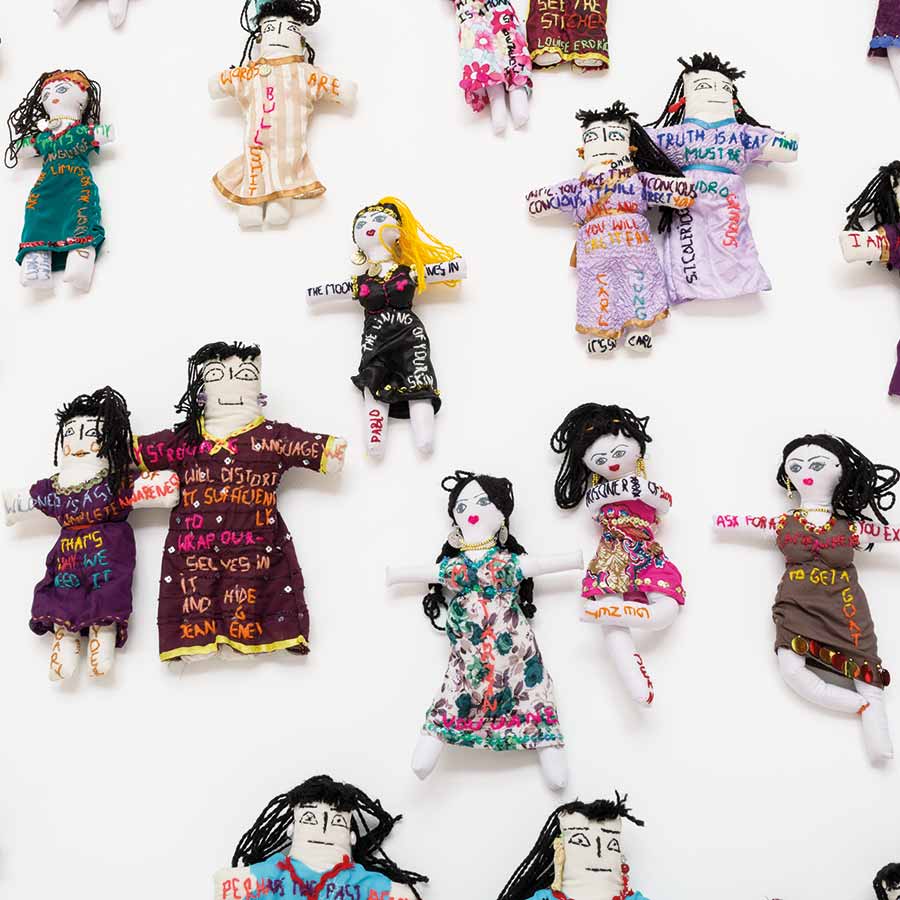 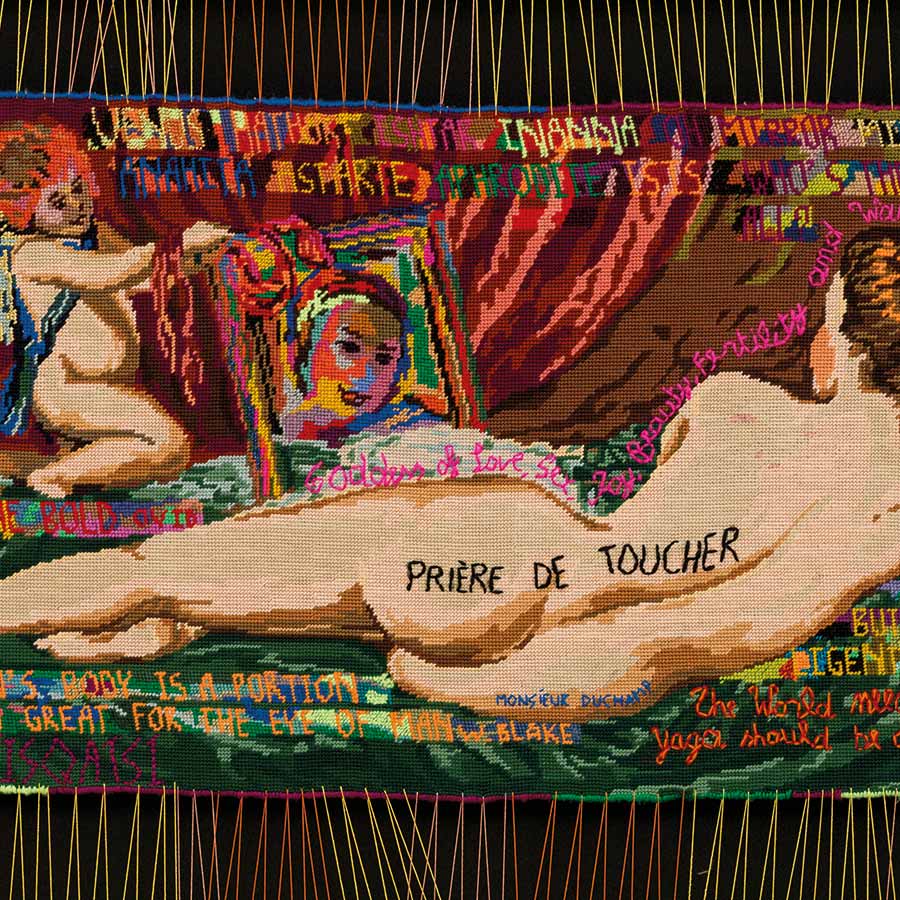 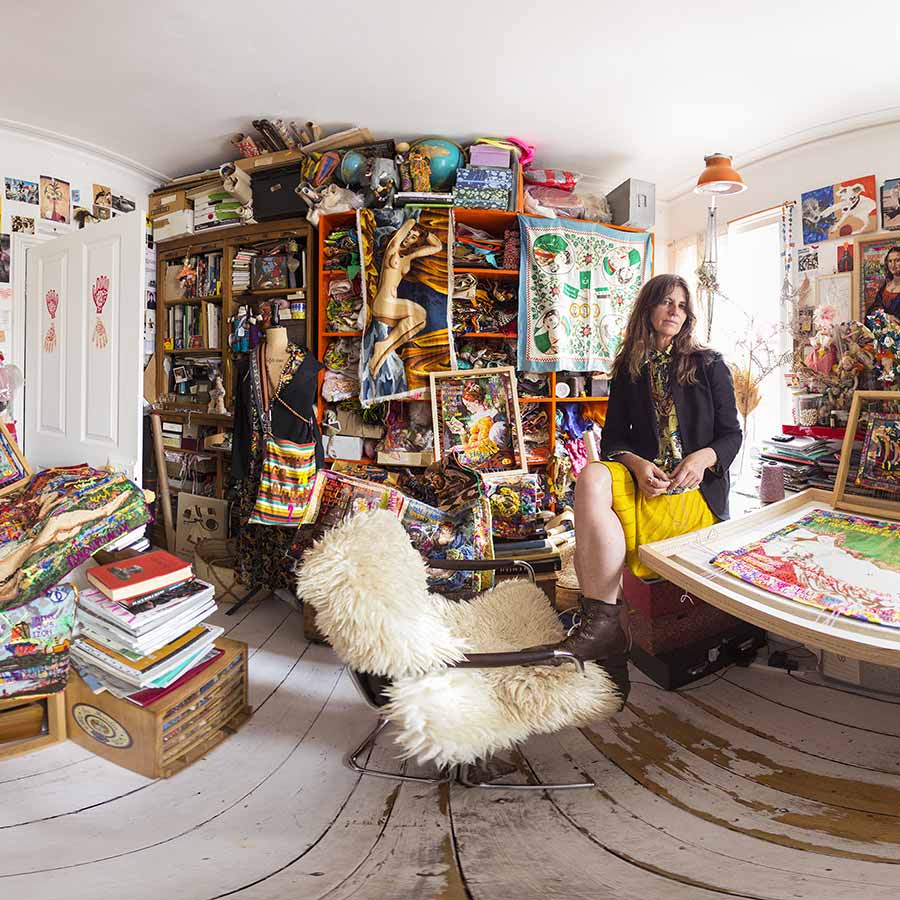 Sylvie Franquet read Arabic and Islamic Studies in Ghent and Cairo, and travelled extensively in the Middle East, Iran and North Africa. The art, history and poetry from those places are major influences in her work. As her core practice Franquet reworks found tapestries, showing a preference for those based on canonical works of art. She overlays these with further images and with found words from poets and thinkers, and text messages from friends. She cites Giacomo Leopardi’s Zibaldone da Pensiere, with its dense collation of thoughts, ephemera and philosophies, as influencing her approach. The laborious process of unpicking, repairing and reworking can take months, resulting in a metamorphosis achieved by the magic power of the needle.

Franquet’s amuletic accessories have been featured in many magazines, including British Vogue, Harper’s Bazaar and Elle. Her intricate tapestries were shown at the acclaimed 2014 exhibition, More Material, curated by Duro Olowu at Salon 94 in New York. She participated in the 2015 exhibition Feminin Pluriel at Fondation Dar Bellarj in Marrakech. reMembering, Franquet’s first solo exhibition, was presented at October Gallery in 2016. Her graffitilike reworked needlepoints exploring a feminist gaze, were accompanied by life-size textile poupees, assemblages evoking bird spirits and The Wayward Sisters, an installation of 99 Egyptian rag dolls embroidered with aphorisms for survival. In 2019, her major solo exhibition reCollecting, at The Harley Gallery, Nottinghamshire, evoked the strong bond of her femaleness with nature through needlework, plant embroideries and ‘Rock Women’ sculptures.

SYLVIE FRANQUET Items From Our Store 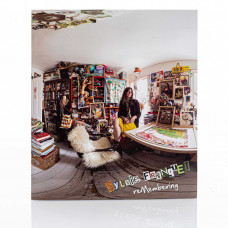 Time is a Game played Beautifully by Children, 2016.

She famously fainted when She saw the Elgin Marbles, 2015.

Rapture Means Being Taken Into The Clouds, 2014.

You will always find me in the kitchen at parties, 2016.

All I Need Is An Overwhelming Amount Of Love And A Nap, 2011.

Katharina Detzel was so not crazy, 2016.