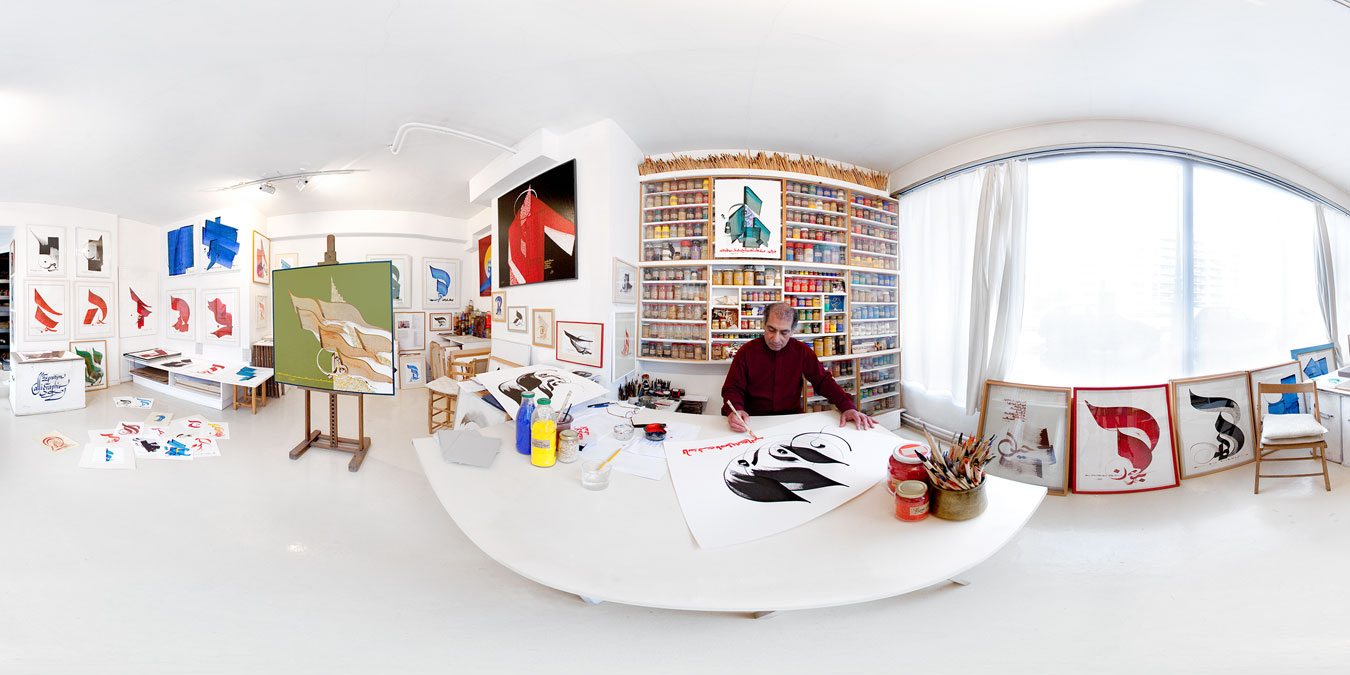 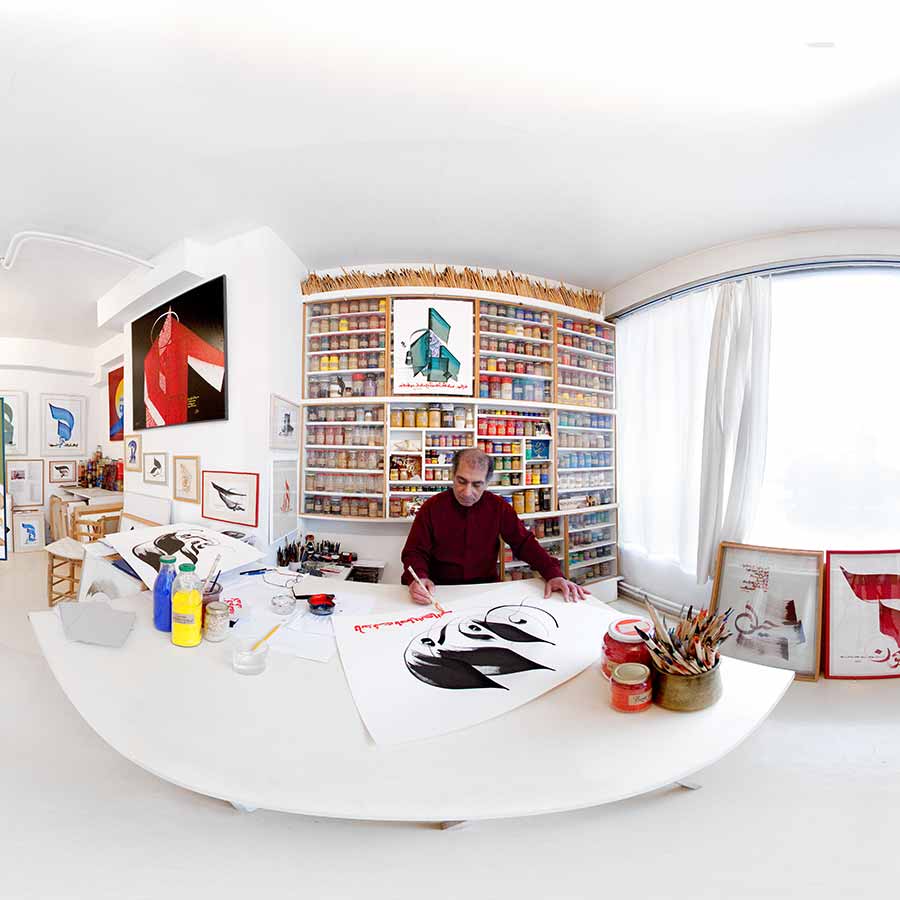 October Gallery presents a new solo exhibition by master artist-calligrapher, Hassan Massoudy. This will be his second solo exhibition at the gallery.
Hassan Massoudy is an artist for whom the word itself remains the most sublime creative force.  His work features the texts of a diverse range of writers, from poet, Charles Baudelaire and philosopher, Jean-Jacques Rousseau to Virgil and Ibn ‘Arabi.  A sense of balance prevails in his work, whether between erudite discipline and artistic experimentation, or as played out through his understanding of the vigorous use of line, strength of gesture, abandon and grace.

Hassan Massoudy was born in 1944 in Najaf, southern Iraq in a traditional Iraqi society.  He moved to Baghdad in 1961, where he learnt the various classical styles of calligraphy, and studied graphic design and fine arts. His desire to study art, coinciding with the political events in Iraq at the time, saw him depart for Paris in 1969, where he enrolled at the École Nationale Supérieure des Beaux-Arts. Massoudy was not only influenced by the great Arabic masters but also by the artists Léger, Matisse, Soulages and Picasso.  After receiving his degree in 1975, he returned to calligraphy, employing classical styles in a newer and freer manner. From 1972, he toured Europe for thirteen years with his ‘Arabesque’ performance combining music, poetry and calligraphy.

Peace and tolerance, central themes of his work, led him to work with Amnesty International, UNICEF and other related organisations.  Massoudy’s work was exhibited and used as the primary promotional image for the British Museum’s 2006 exhibition, Word Into Art: Artists of the Modern Middle East. In 2007, October Gallery London, presented a solo exhibition of his work, Modern Arabic Calligraphy.   In 2012, Gestures of Light – The Art of Hassan Massoudy, was exhibited at the Ghaf Art Gallery for ADMAF, Abu Dhabi. This Abu Dhabi Festival commission presented the Arab world premiere solo exhibition by one of the most celebrated artist-calligraphers of our time. His work has been displayed in many galleries and museums, including The Kennedy Center, Washington, D.C.; Musée des Manuscrits du Mont Saint Michel, Avranches; Centre d’Art Contemporain, Abbaye de Trizay; and the Palais des Congrès de Grasse, France. In 2013, he exhibited at the Sharjah Biennial 11 and in 2015, at Frontiers Reimagined, a collateral event of the 56th Venice Biennale. Massoudy’s new English-language book of works inspired by love poems from the Arab and Islamic world, Calligraphies of Love was released in April, 2017.