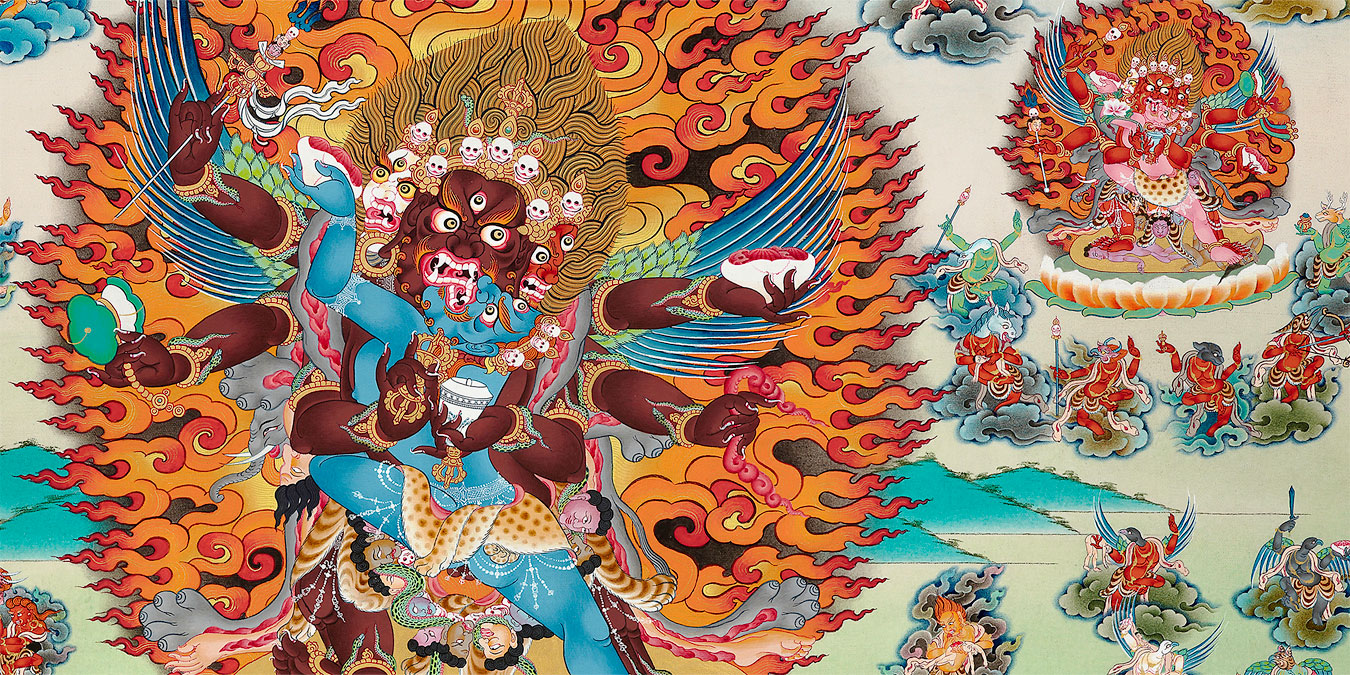 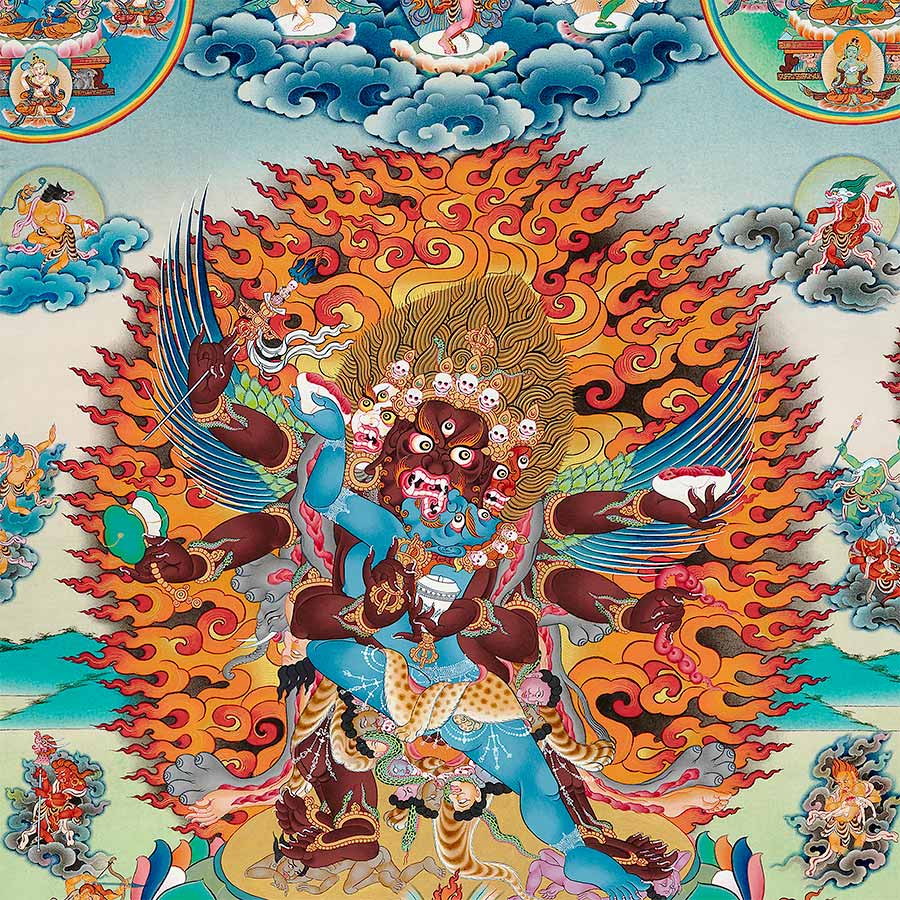 ROBERT BEER: Visions of the Divine

The October Gallery is delighted to present a unique exhibition of contemporary masterpieces of Buddhist and Hindu art, which features the work of some of the most skillful miniature and visionary painters of our time. This show is a sequel to October Gallery’s successful ‘Radiant Transmission’ exhibition of 2003, and is likewise drawn from the work and collection of the British artist Robert Beer.

Robert Beer (born 1947) has studied and practiced Tibetan art for more than forty years, and is the author and illustrator of ‘The Encyclopedia of Tibetan Symbols and Motifs’. Over the past fifteen years, Beer has been working with the most talented artists of the Kathmandu Valley, supporting and nurturing their skills to assemble the finest and most extensive collection of contemporary Tibetan and Newar art. The Tibetan paintings in this show essentially illustrate the themes of life and death. These include the Life of the Buddha; the cosmology of the universe we inhabit, with its various realms of joy and woe; and the bardo mandala of peaceful and wrathful deities, described symbolically as manifesting between death and rebirth.

The largest part of this show is devoted to the exquisite paintings of the little-known community of Newar artists of Nepal’s Kathmandu Valley. These artists venerate and depict the tantric gods and goddesses of their vast Hindu and Buddhist pantheon with humility and divine inspiration. The two most renowned Newar artists of the 20th century were Anandamuni Shakya (1903-1944), and his son Siddhimuni Shakya (1933-2001), who both developed innovative styles of painting that have since led to a vibrant renaissance in the modern Newar art movement. These stylistic innovations include sublime photo-realism and chiaroscuro effects created by minute attention to detail, by preternatural light and shadow, and by the increasingly skillful use of oil, acrylic or water-based pigments and techniques.

This exhibition also includes a selection of Robert Beer’s meticulous brush-and-ink drawings of both Buddhist symbols and Tantric ‘adepts’ (mahasiddhas). Another section is devoted to the sensationally evocative ‘Synaesthesia’ mandala paintings of the late John F B Miles (1944-97), whom Beer regards as his lifelong mentor and friend, and the most powerful visionary artist of his generation.

Magnifying glasses will be provided to enable viewers to appreciate the fine detail in these paintings. And a variety of copper statues, individually cast by the ‘lost-wax’ method before being painstakingly carved to reveal the ‘divine presence’ of the deity, are also on display in this show.

“No other people on earth, Watson, has produced such intricate beauty in as small a space as the Valley of Kathmandu. One trenchant observer has described it best as a kind of coral reef, built up laboriously over the centuries by unrecorded artisans. As a human achievement, it ranks with the creations of Persia and Italy.”

“Good Lord, Holmes, and to think that no one even knows of its existence!”

(Ted Riccardi: The Oriental Casebook of Sherlock Holmes. 2003)
Related Items From Our Store