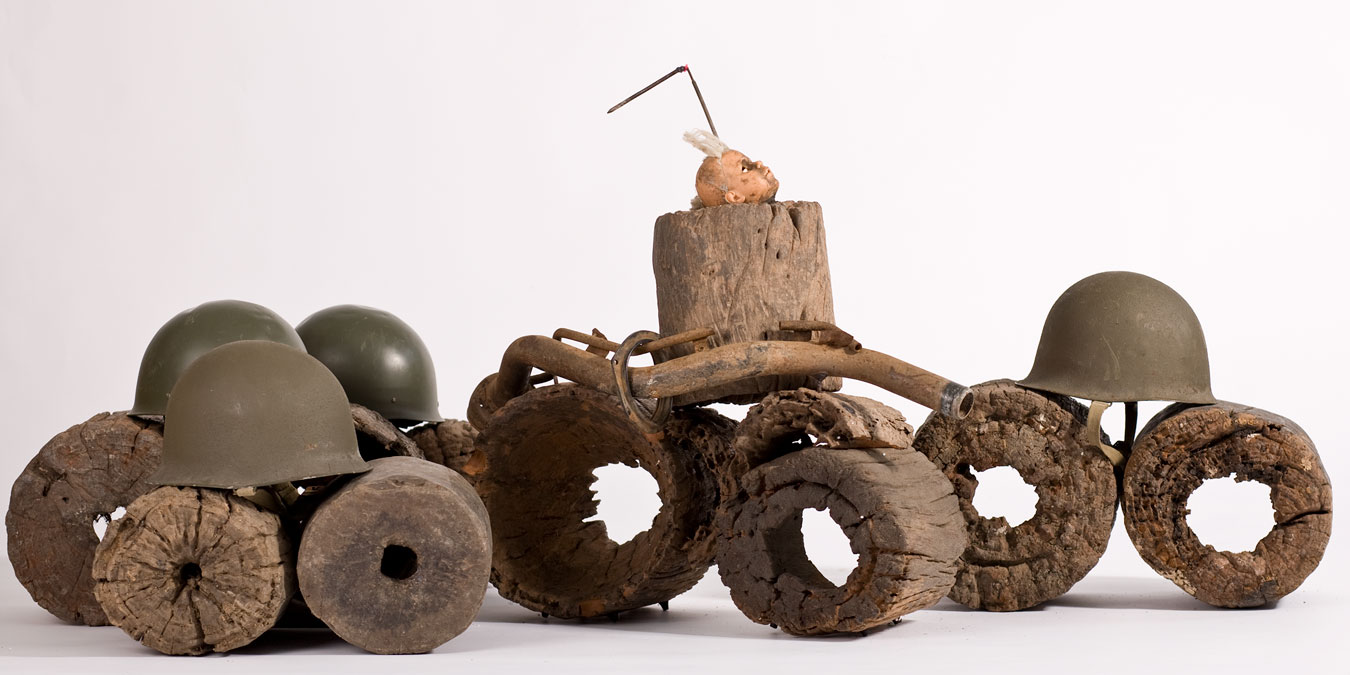 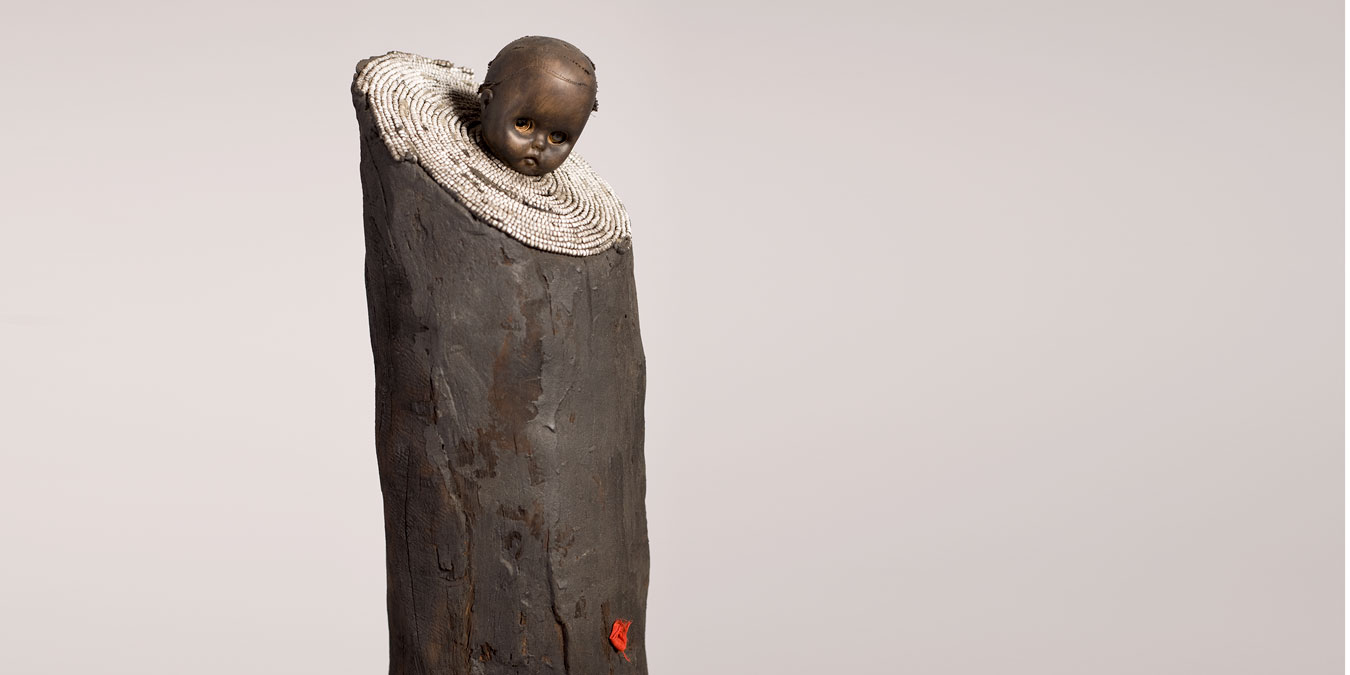 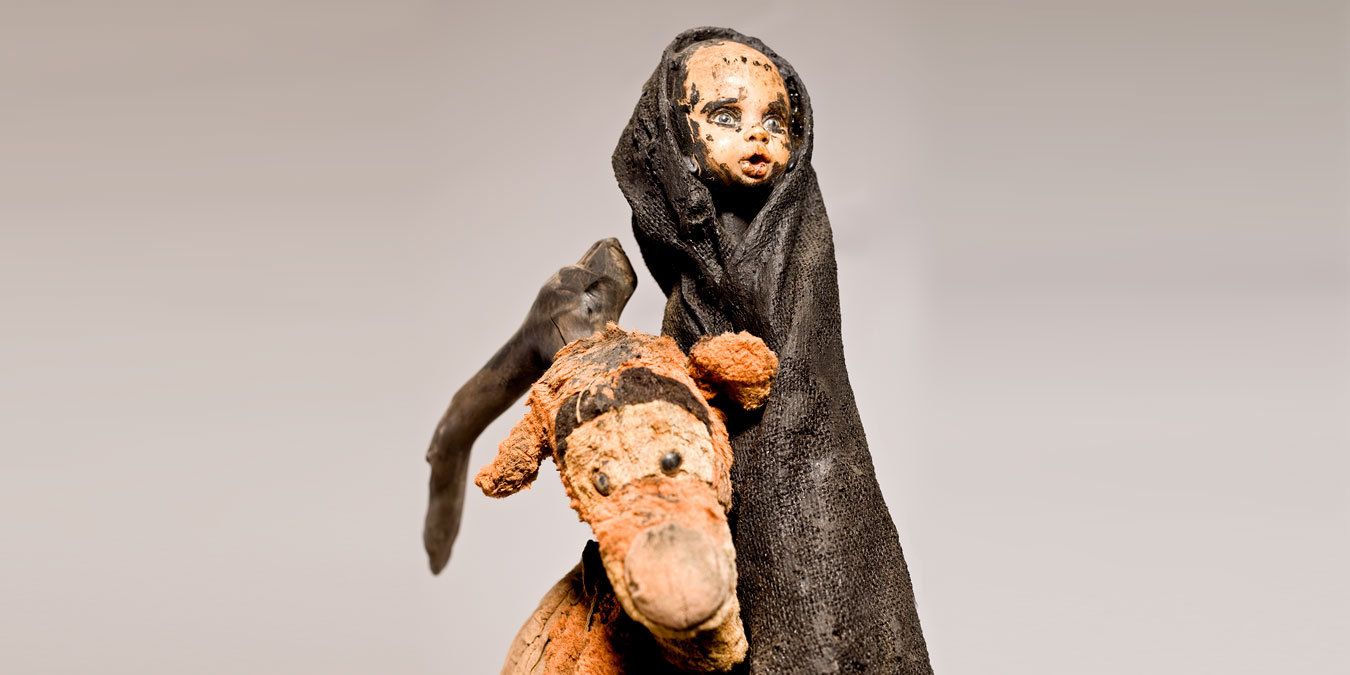 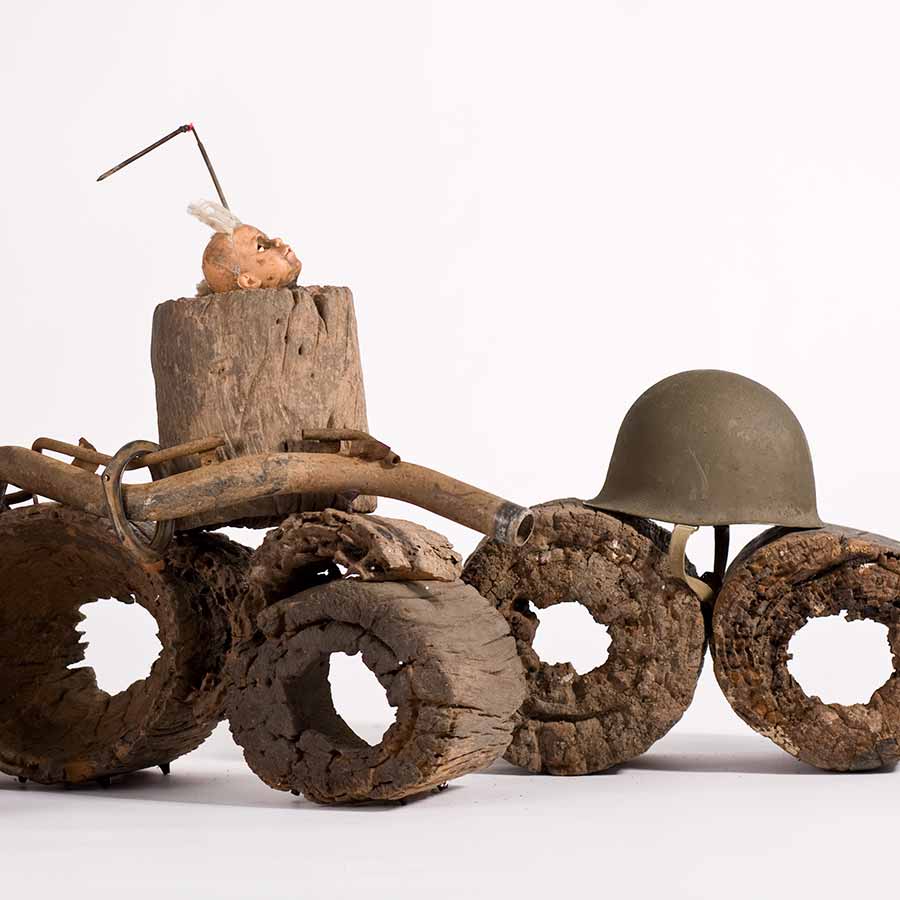 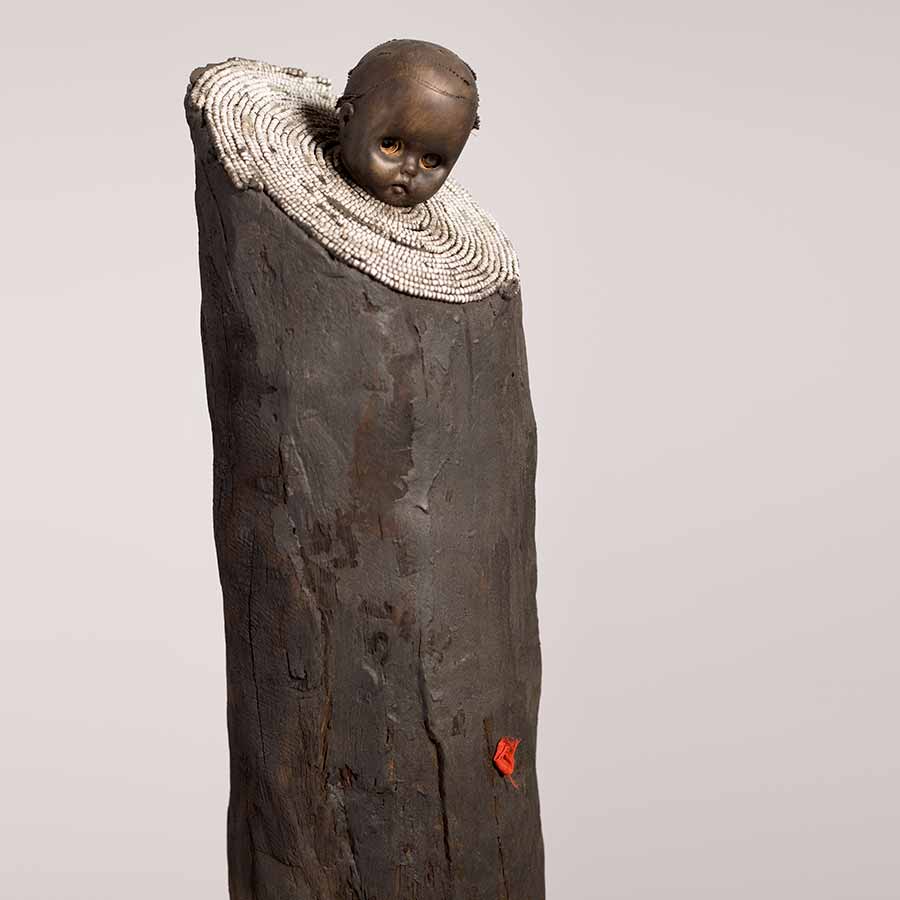 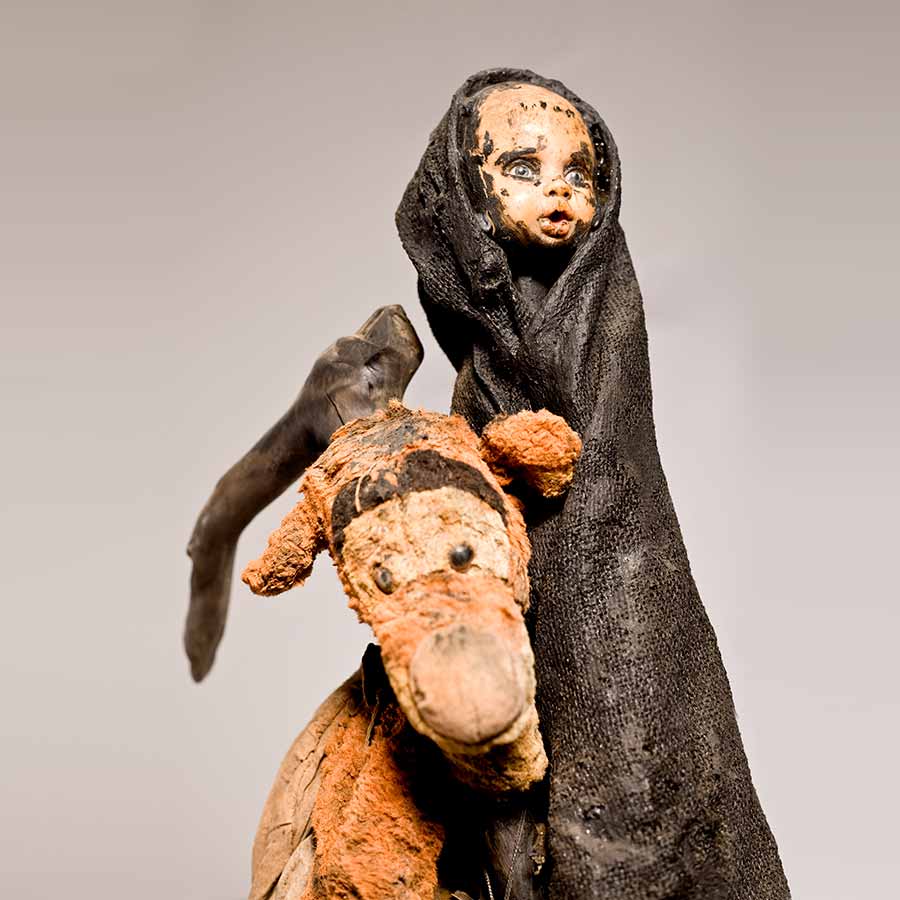 Dolls Never Die will present a series of new sculptures and an installation composed of recycled objects whose diverse histories contribute much to the overall significance of the pieces themselves. Like many of his contemporaries coming out of Africa, Quenum’s work is composed of an eclectic mix of recycled objets trouvés – that elevates the pieces into poignant, mysterious and whimsical ‘portraits’ of individuals or types observed in his local environment. These ‘portraits’ serve as a lens through which we view Africa.

The dolls that Quenum employs as models and part-time actors on his stages are doubly-recycled, in that they have already served as hand-me down props, expressing the imaginative outpourings of generations of European children before having been repackaged and sent off to Africa in overseas aid parcels. The transformations imposed by that harsher environment – the loss, over time and with constant use, of eyes, of limbs and hair – are still incapable of entirely exhausting these puppets of their capacities for speech. In Quenum’s artful assemblages the disparate parts come together to assume a narrative gift of tongues.

The sculptor’s magical ability is in knowing how to conjure up their tales. To engage the faculties of the imagination by transporting the viewer into an alternate reality that transcends space and time. So too, with the types of wooden objects he uses: mortars, ritual drums or pilings that once supported entire houses in the marshy lagoons surrounding Porto-Novo. They contain whole hidden histories of inherited stories – impregnated in the wood – whose roughened surfaces bespeak the lives of other peoples, other worlds and other experiences.

Gérard Quenum was born in the coastal town of Porto Novo, Benin in 1971. Quenum stands out as one of the more original creators of a distinct sculptural style using urban detritus. His works can be found in major public collections including the British Museum, National Museums of Scotland and the Cantor Arts Center at Stanford University, California. In July 2012, Quenum’s work will also be exhibited at the National Football Museum in Manchester as part of its inaugural exhibition entitled Moving Into Space.
Related Items From Our Store 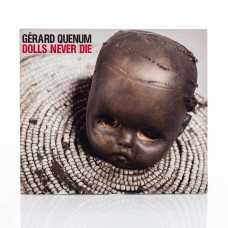