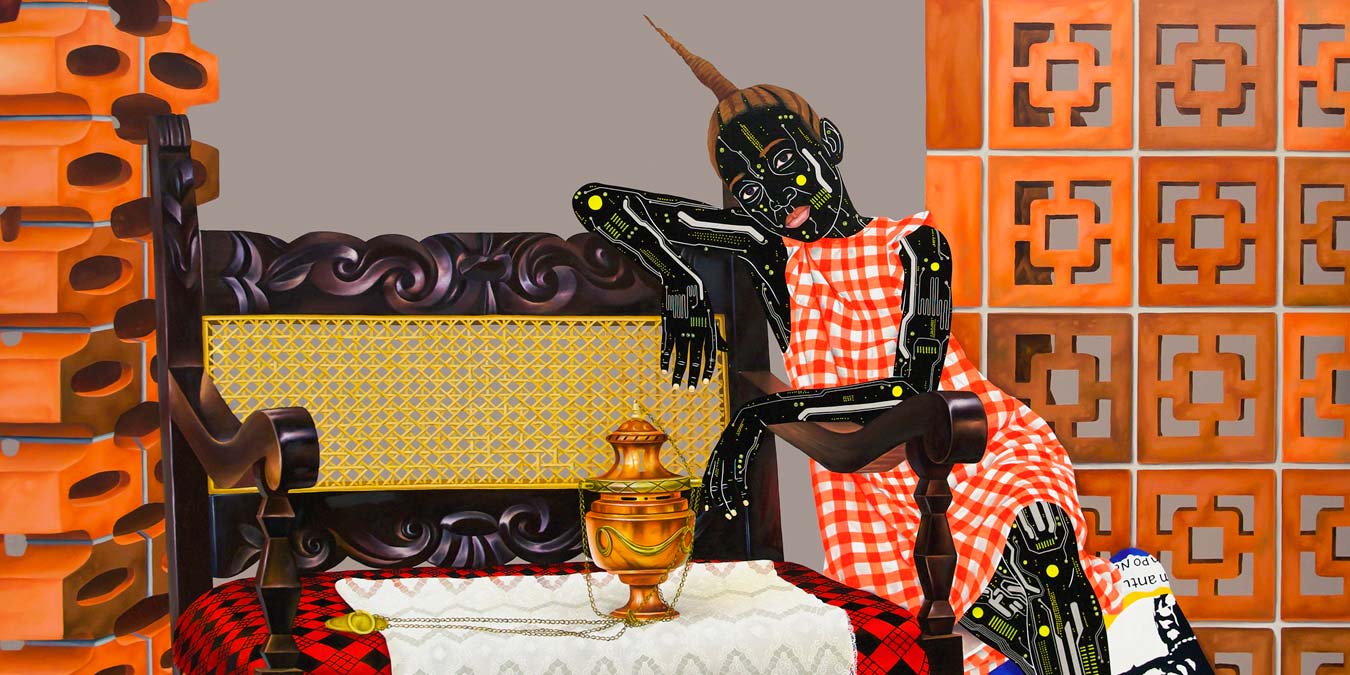 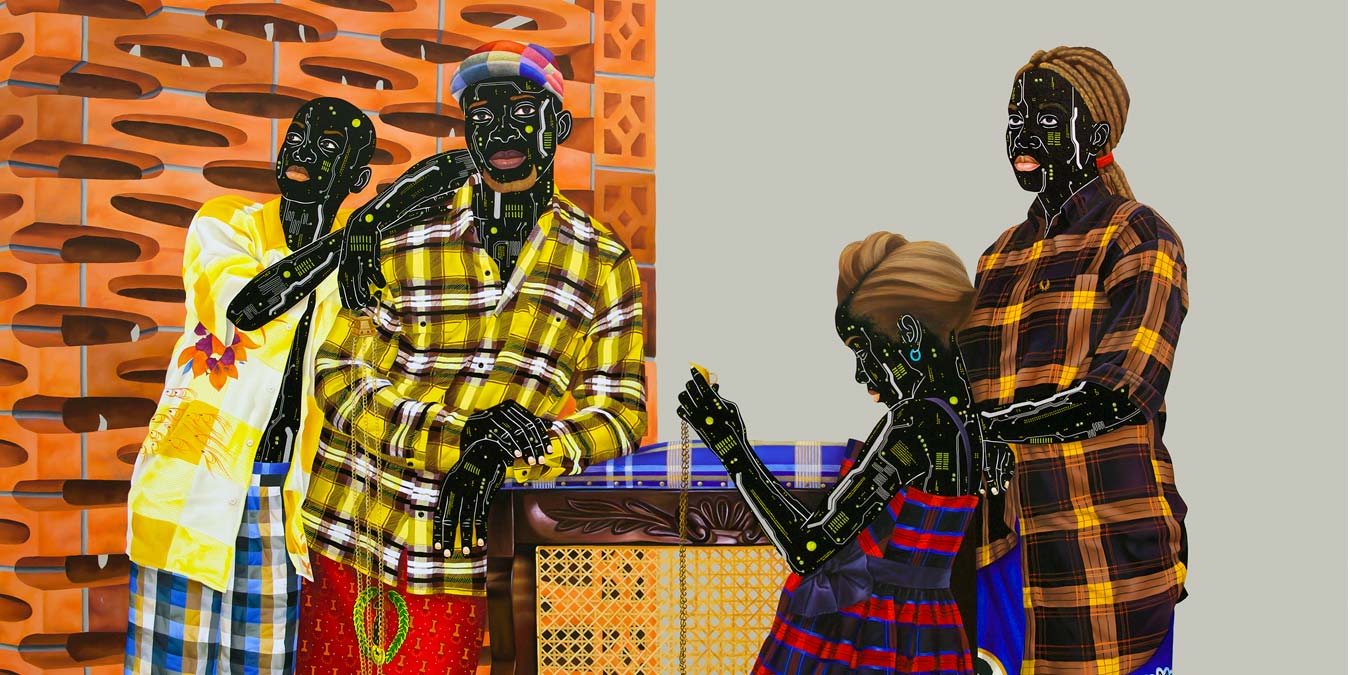 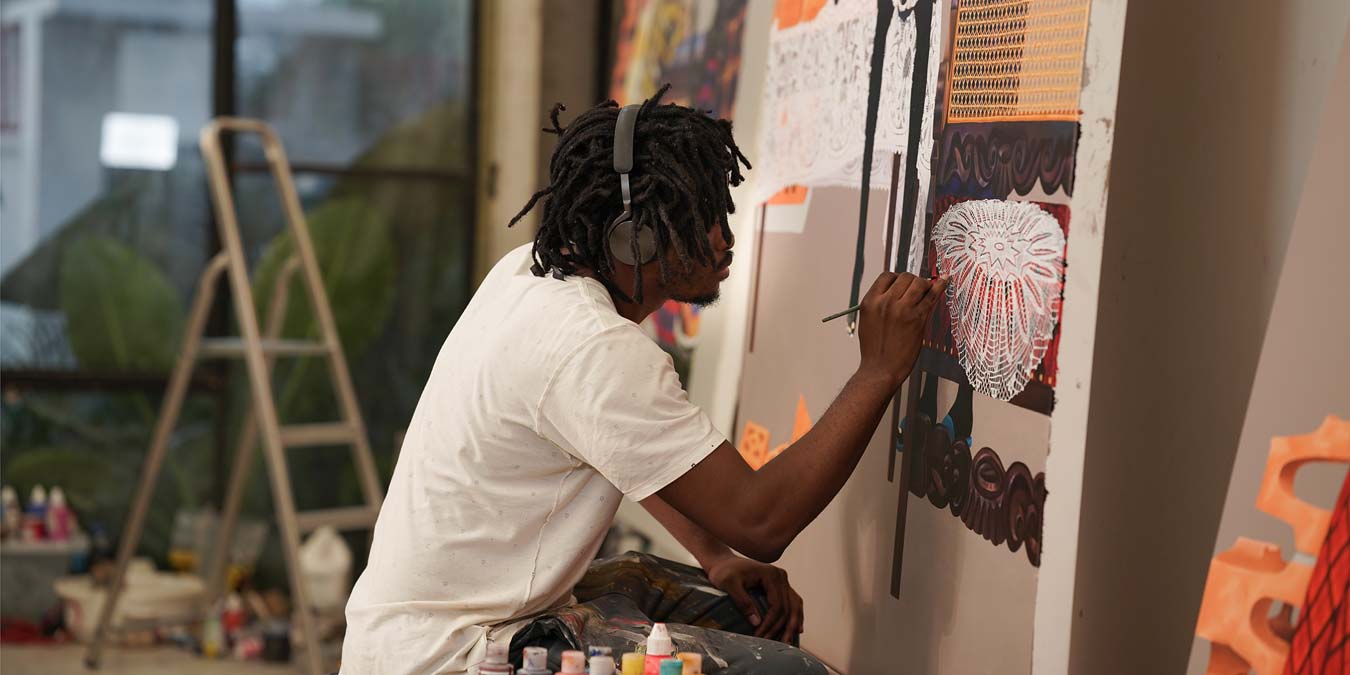 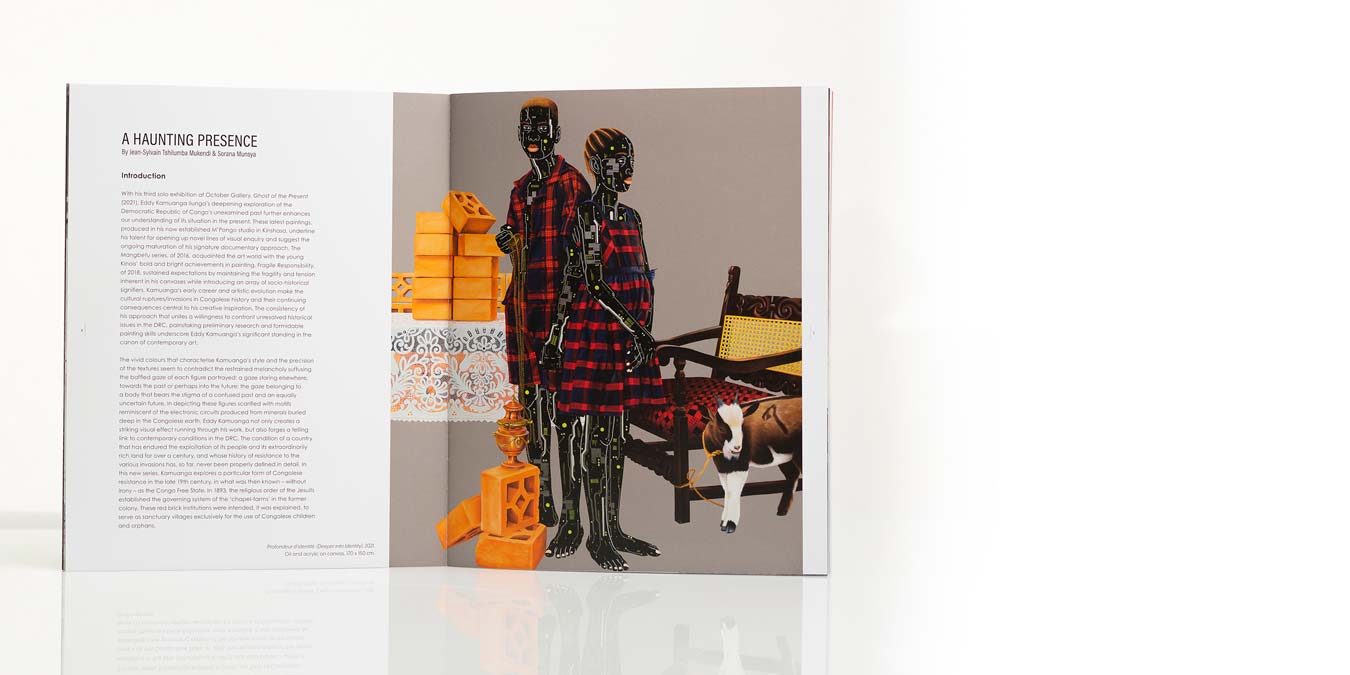 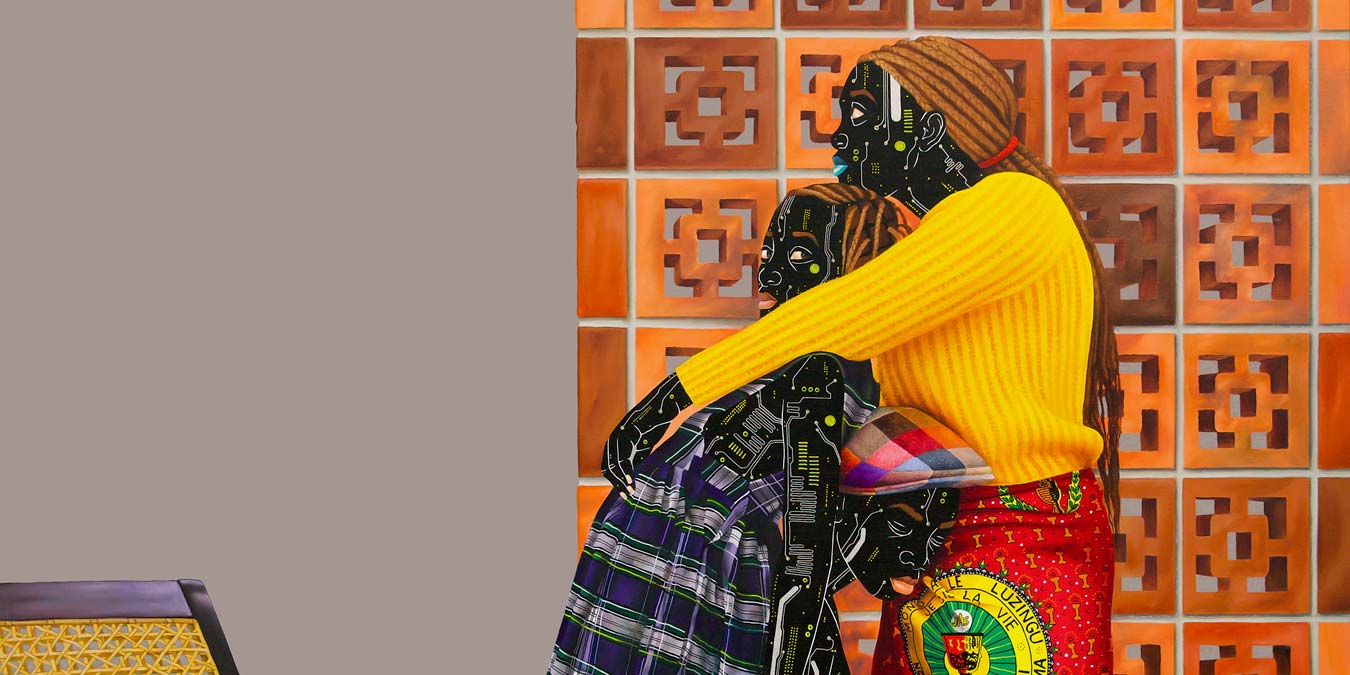 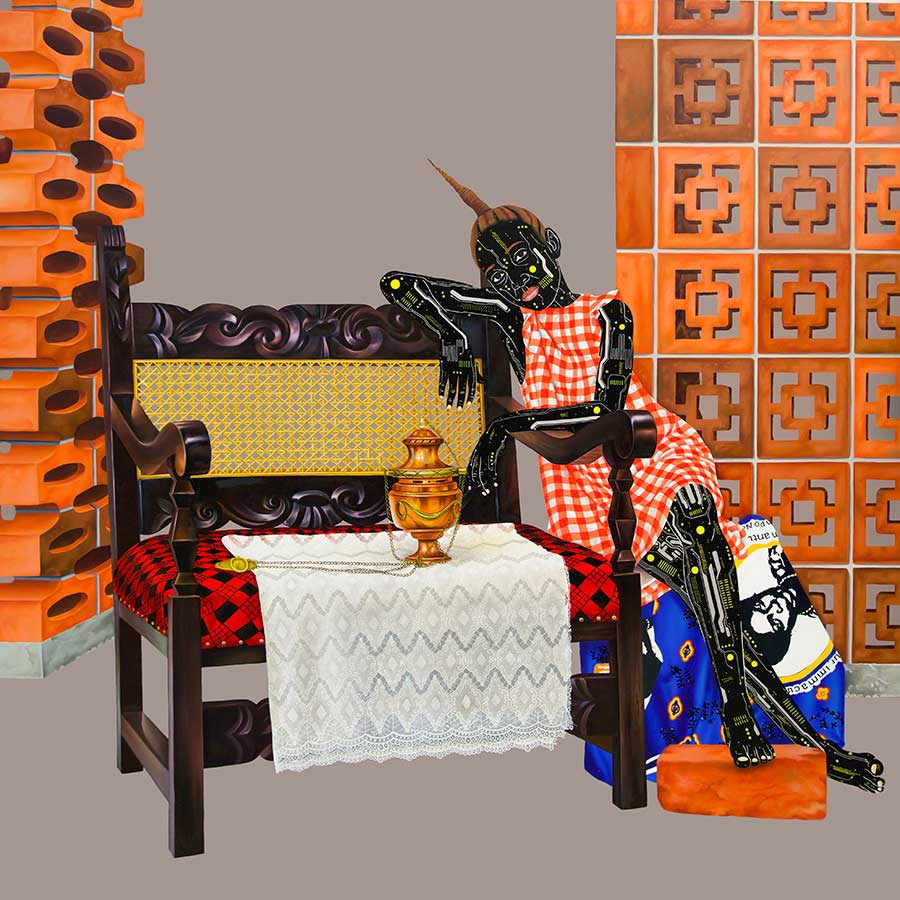 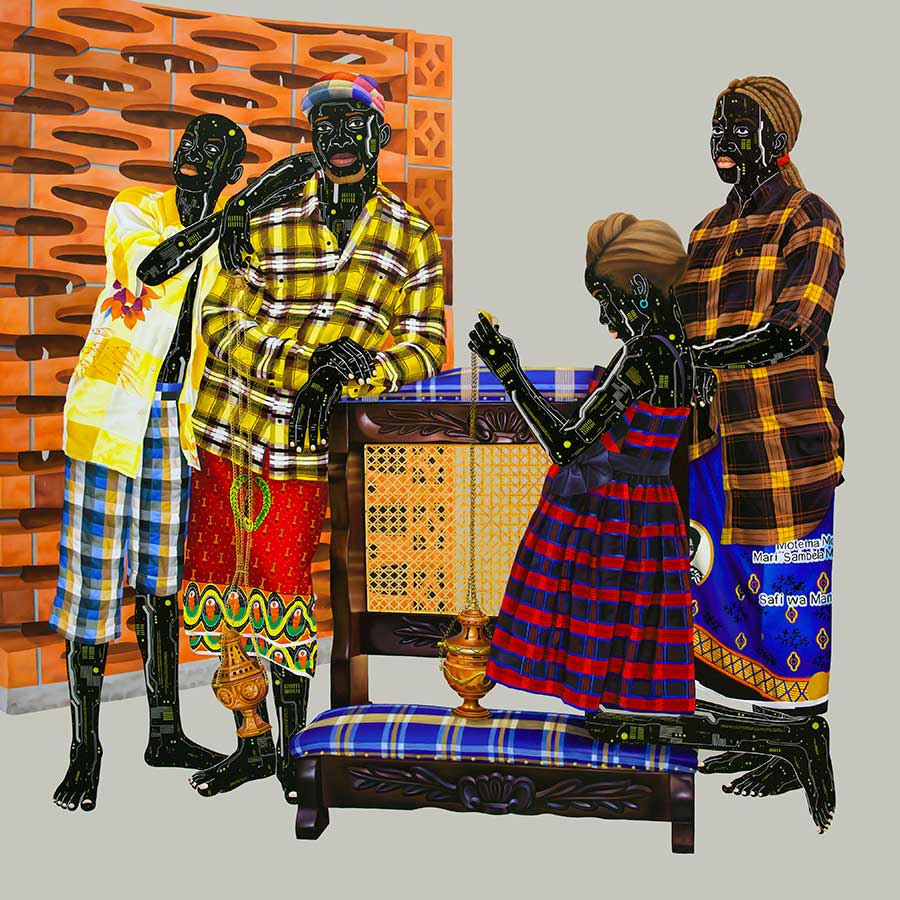 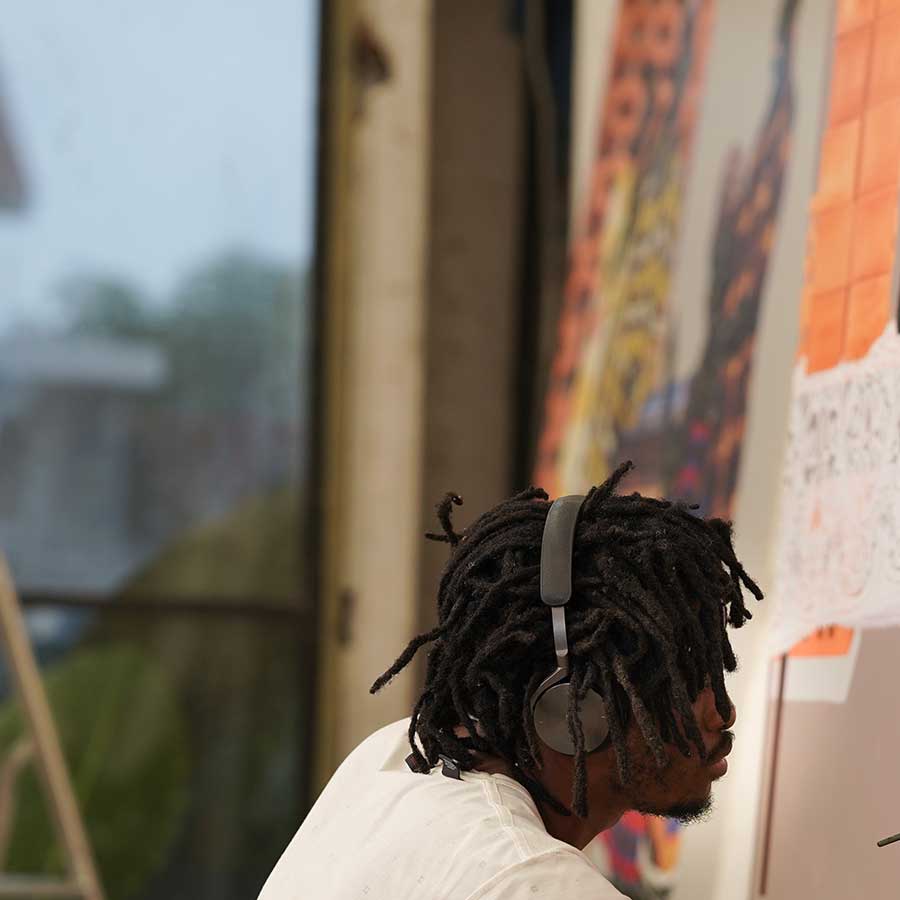 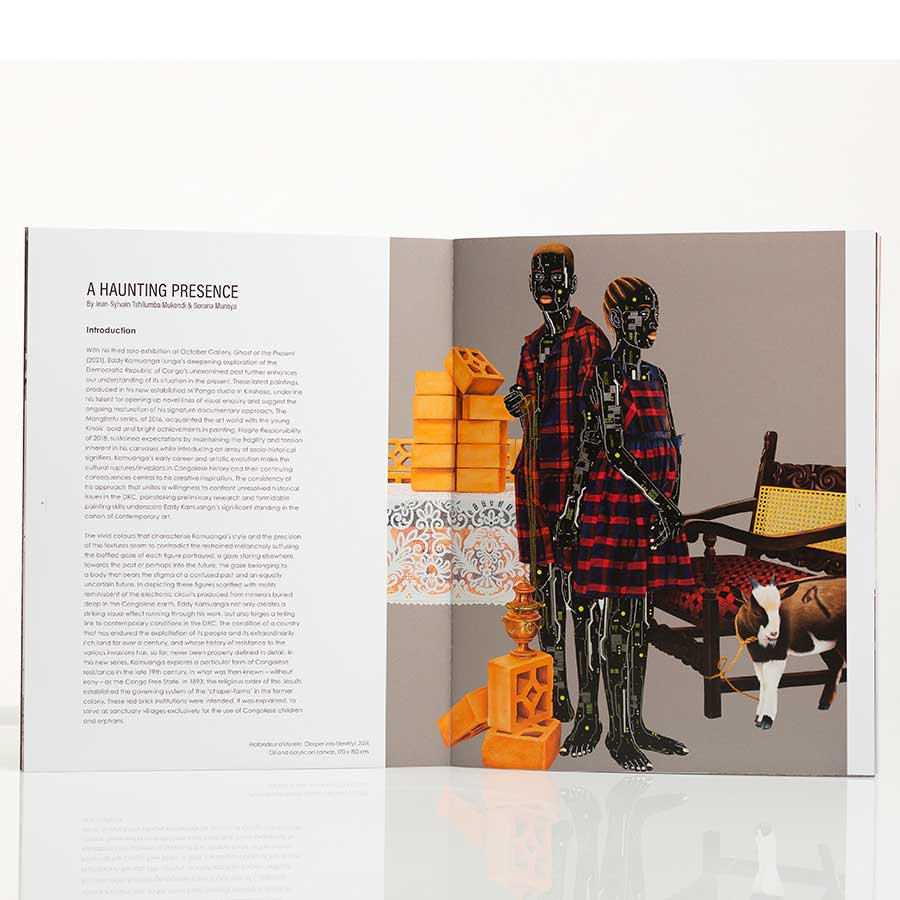 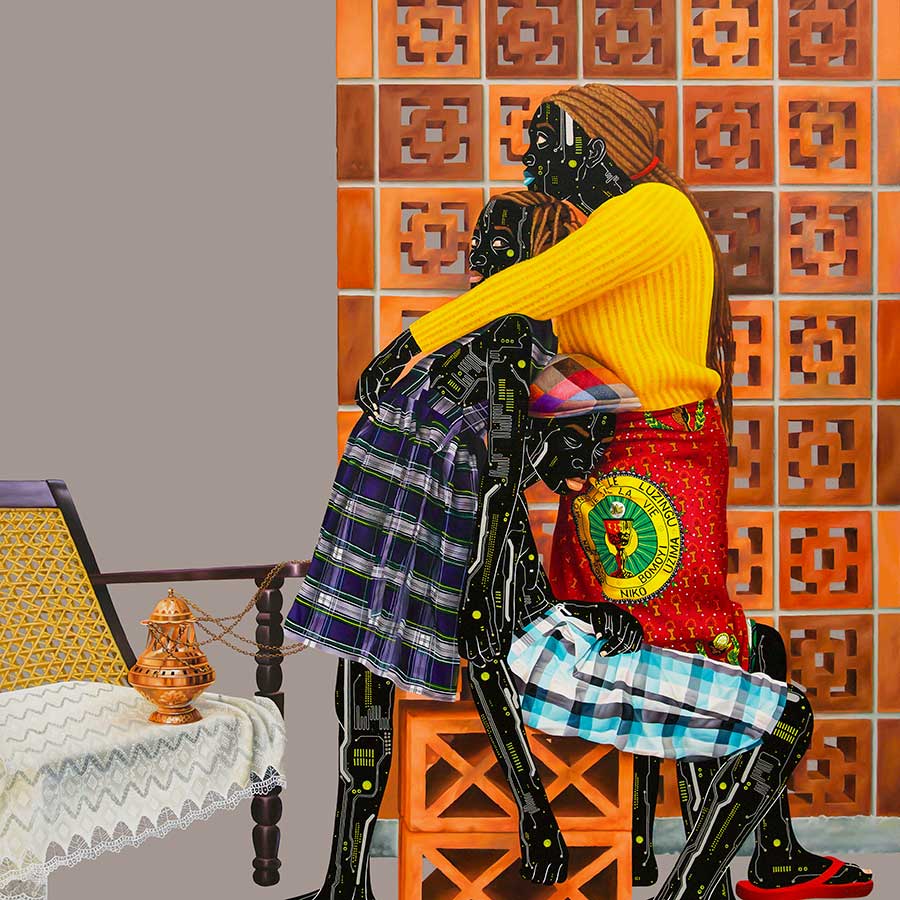 In this new series, Eddy Kamuanga furthers his investigations of the Democratic Republic of Congo’s history by examining the effect of Catholic missions in the country from the end of the 19th century onwards. His large-scale figurative compositions offer insight into the colonial influence of such enterprise, and into the acts of resistance that it triggered.

In 1893, the religious order of the Jesuits established the governing system of chapel-farms in the former colony, which were intended to offer shelter to Congolese children or orphans, but in fact trained them in military discipline as well as in handicrafts and agriculture. In Kamuanga’s new paintings, his figures are flanked by these red brick ‘sanctuaries’ and shadowed by religious objects. These children served as free labour, fuelling the colonial mission for decades, resulting in a generation of Congolese people cut off from their families and communities. Through these works, Kamuanga reminds us that the Catholic Mission was instrumental in fostering the exploitation of people and lands. Distinctive vivid colours and careful textures, remnants of that exploiting system, run as a thread through this new body of work.

The chapel-farms represented in this new series have been the theatre of resistance actions as early as late 19th century. In these paintings, Kamuanga has integrated visual elements symbolising the persistence of traditions despite the violence that colonisation brought about, and which the neoliberal project continues to generate in the country.

Kamuanga continues to portray his subjects with bare skin replaced by intricate electronic circuitry. This references the components of our everyday modern devices, technology that could not exist without coltan, a substance mined at volume in the DRC, with great human and environmental cost.
View Artist Page
Related Items From Our Store 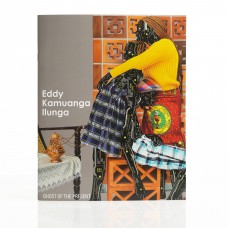 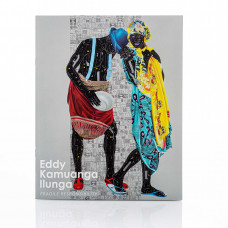 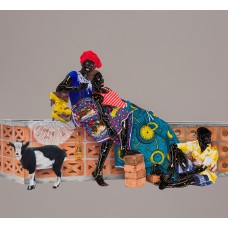