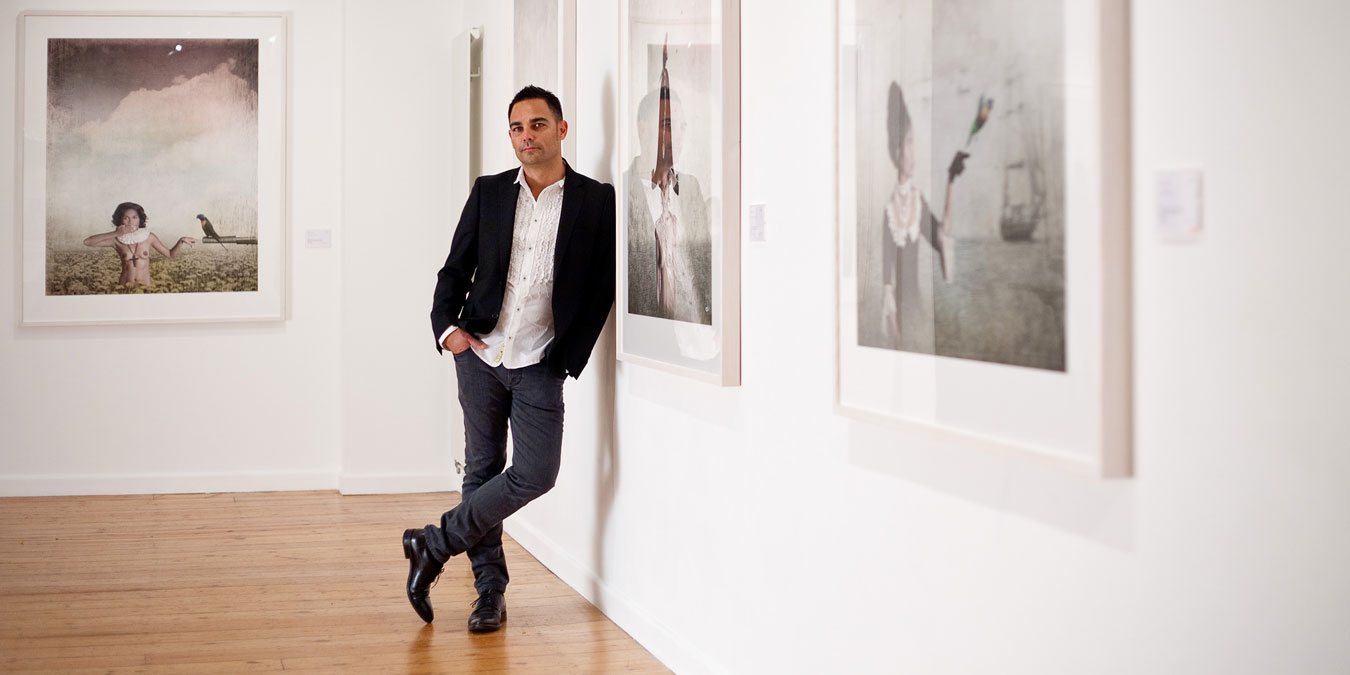 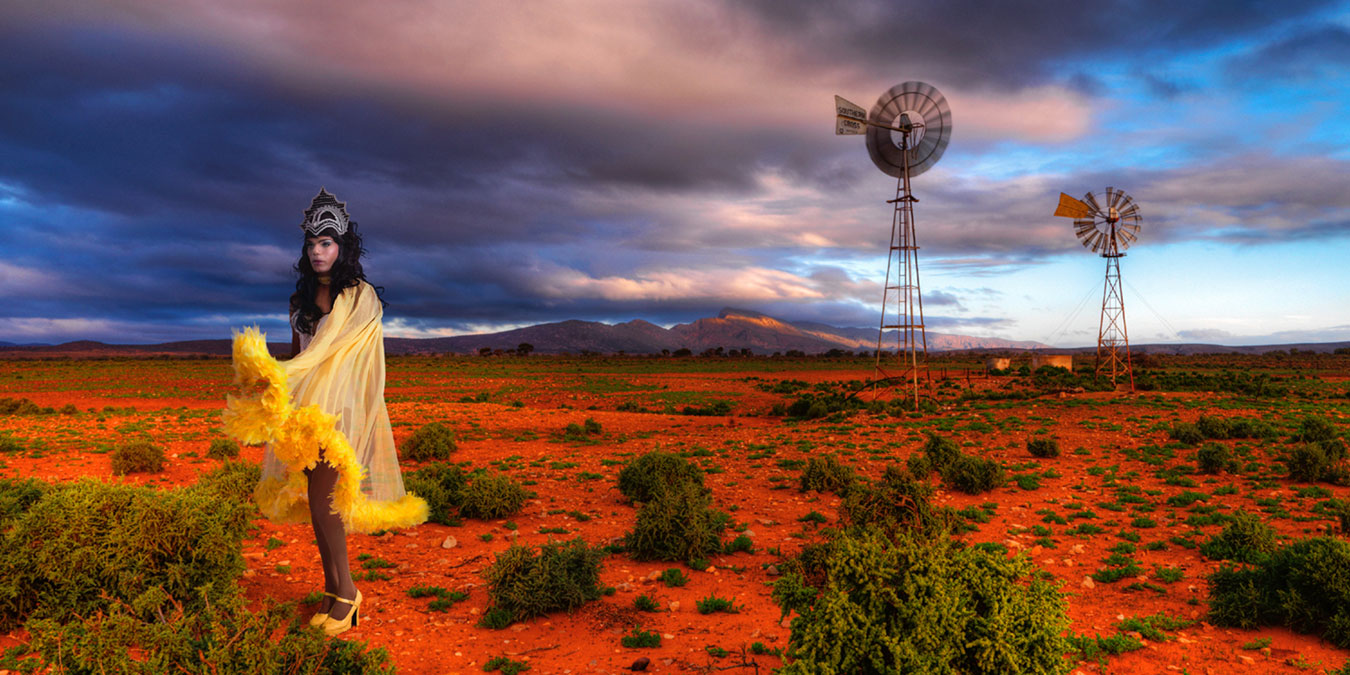 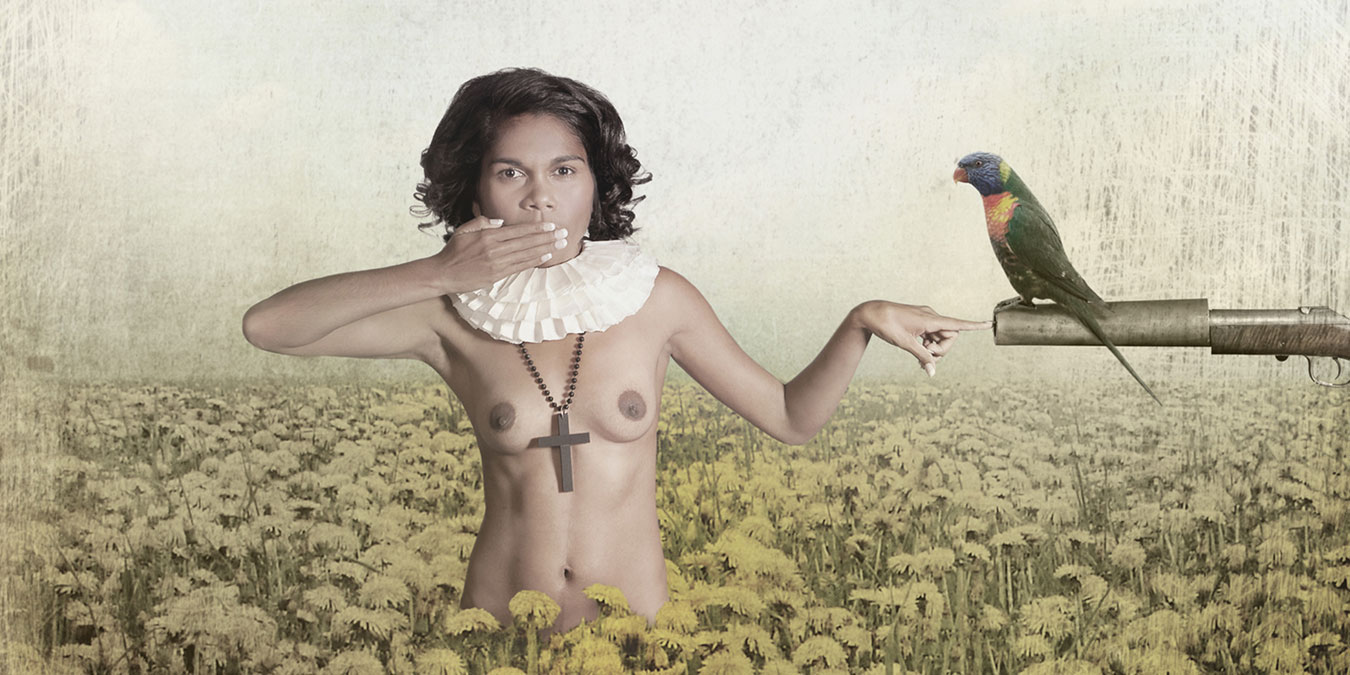 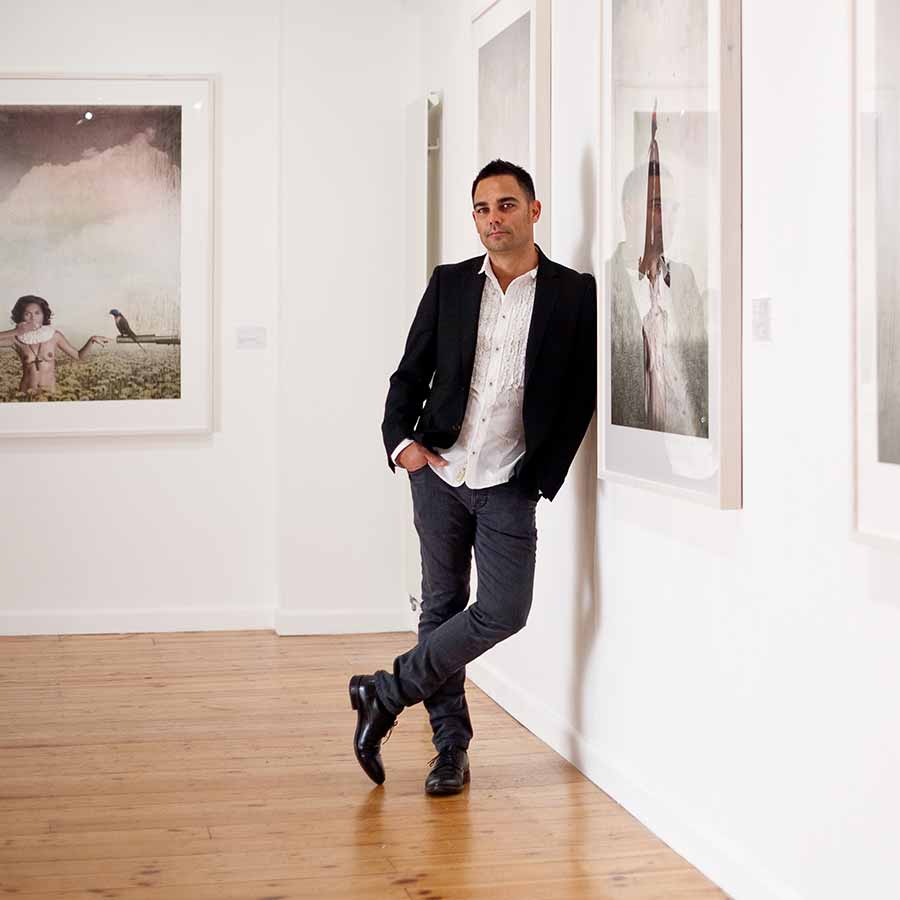 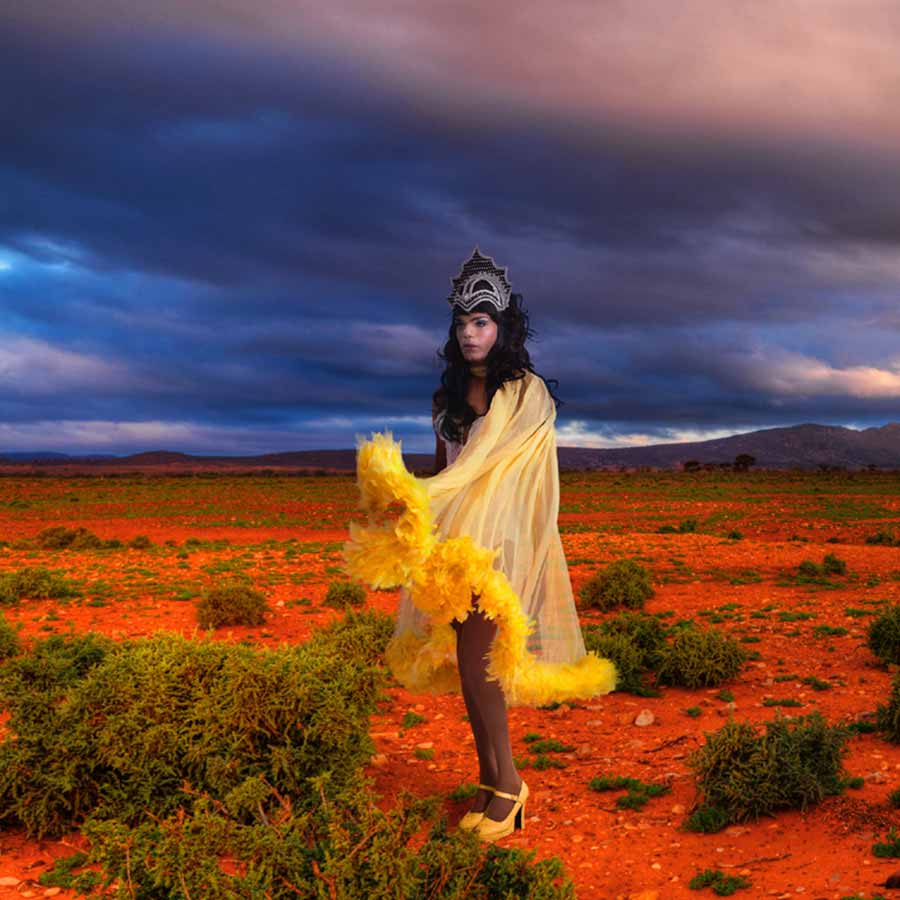 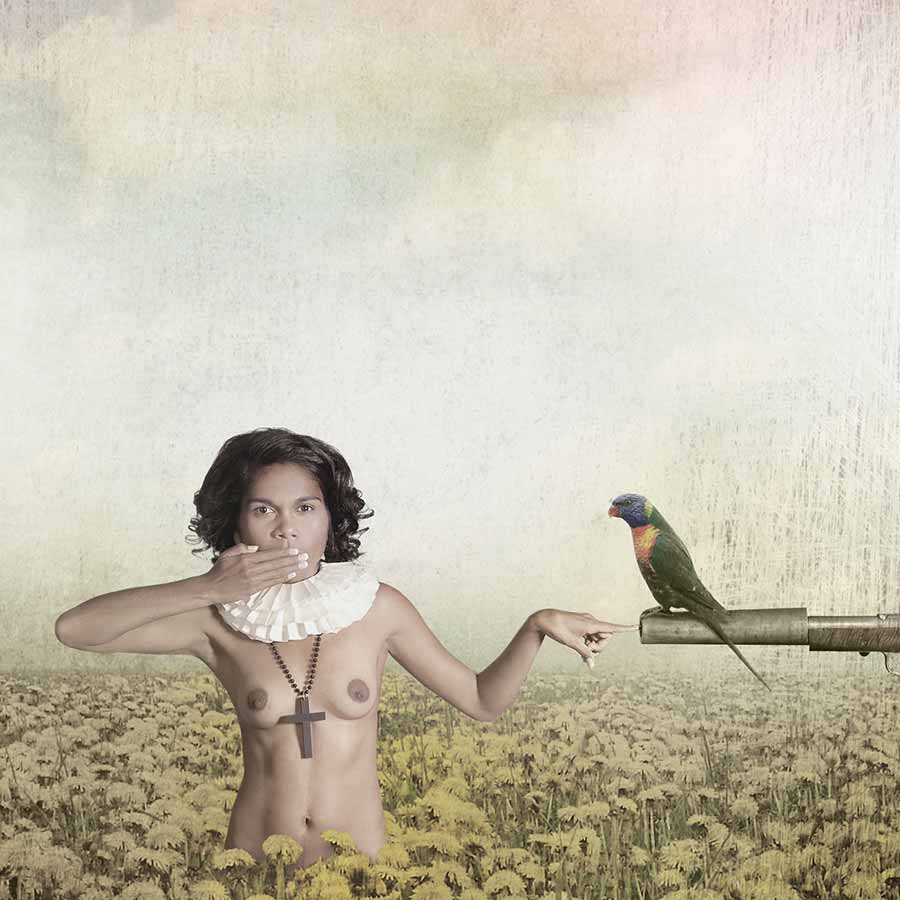 Broken Dreams is a series of 10 profound and seductive photographic prints featuring a beautiful young Indigenous woman who, after encountering Europeans, dreams of travelling to their world, eventually becoming disillusioned and falling victim to the shackles of colonialism. Cook’s use of a redacted colour palette and scale emphasises the poetic, ethereal dreamscape in which the young woman moves, always accompanied by the recurring motif of a brightly coloured Rainbow Lorikeet.

Accompanying Broken Dreams will be individual works from his photographic series, Australian Landscapes, Stickman, The Mission, Undiscovered, Segregation and Civilised.

Born in Brisbane of Aboriginal ancestry, Cook’s paternal family are Bidjara people from South-Western Queensland. He gained an international reputation working as a fashion photographer for twenty-five years prior to becoming an artist. Cook first came to notice winning a coveted Deadly Award as ‘Visual Artist of the Year’ at the 14th and 17th National Aboriginal and Torres Strait Islander awards in 2008 and 2011. A spectacular artistic debut has seen his limited but impressive body of work collected by major galleries including the National Gallery of Australia, and the Art Gallery of Western Australia. Michael Cook’s work featured in the recent exhibition, unDisclosed: the 2nd National Indigenous Art Triennial at the National Gallery of Australia.  Cook is one of a handful of Australian artists selected to exhibit at the 7th Asia Pacific Triennial of Contemporary Art (APT7) which opens in December at QAGOMA, Brisbane.
Related Items From Our Store