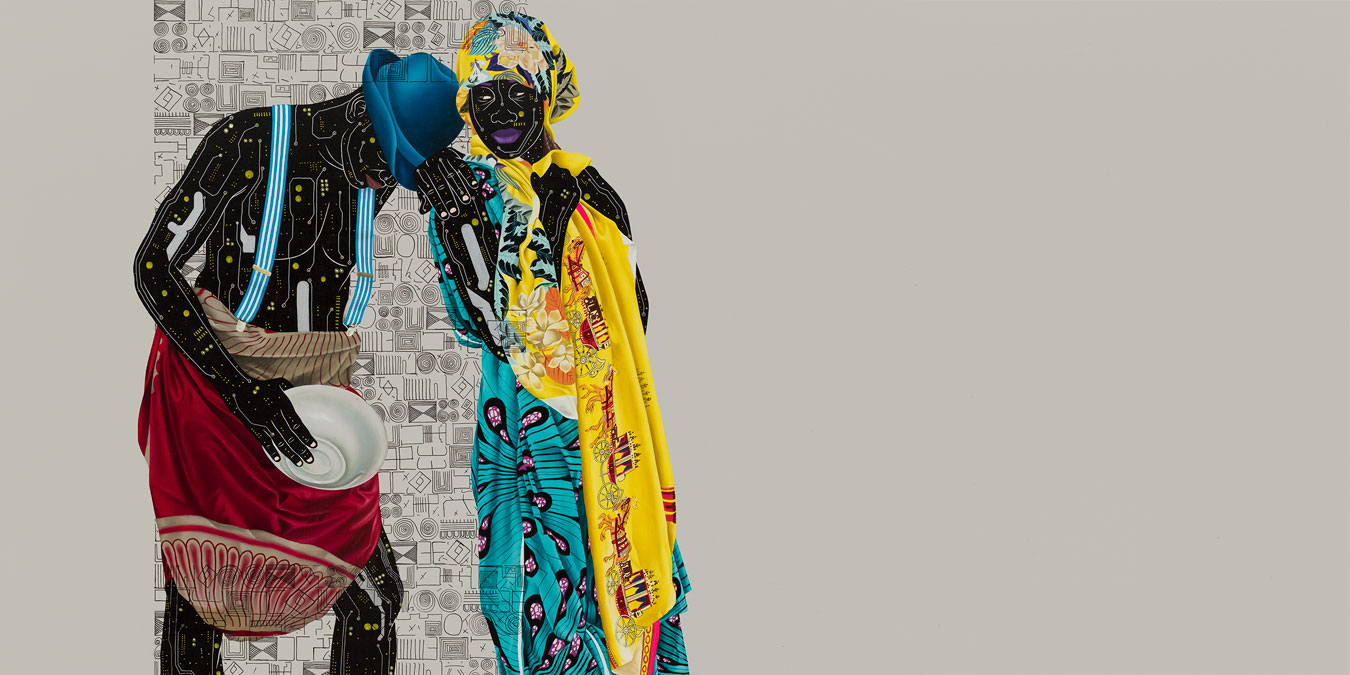 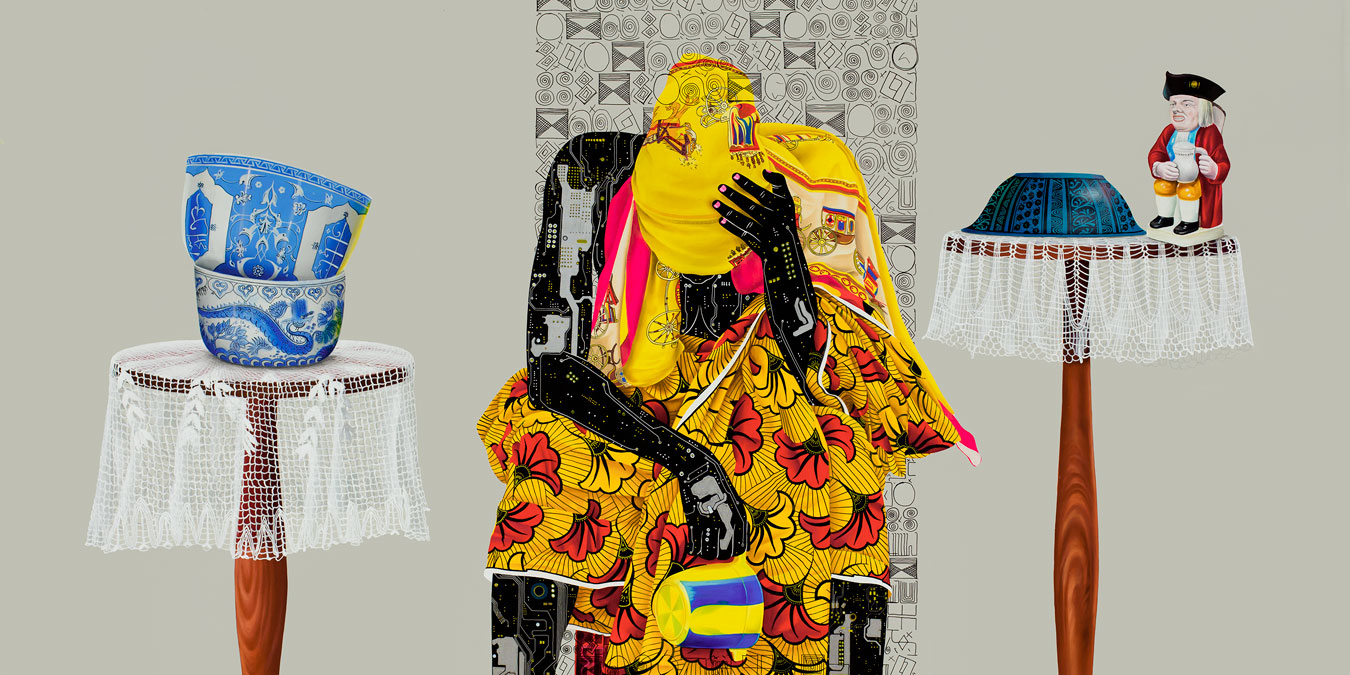 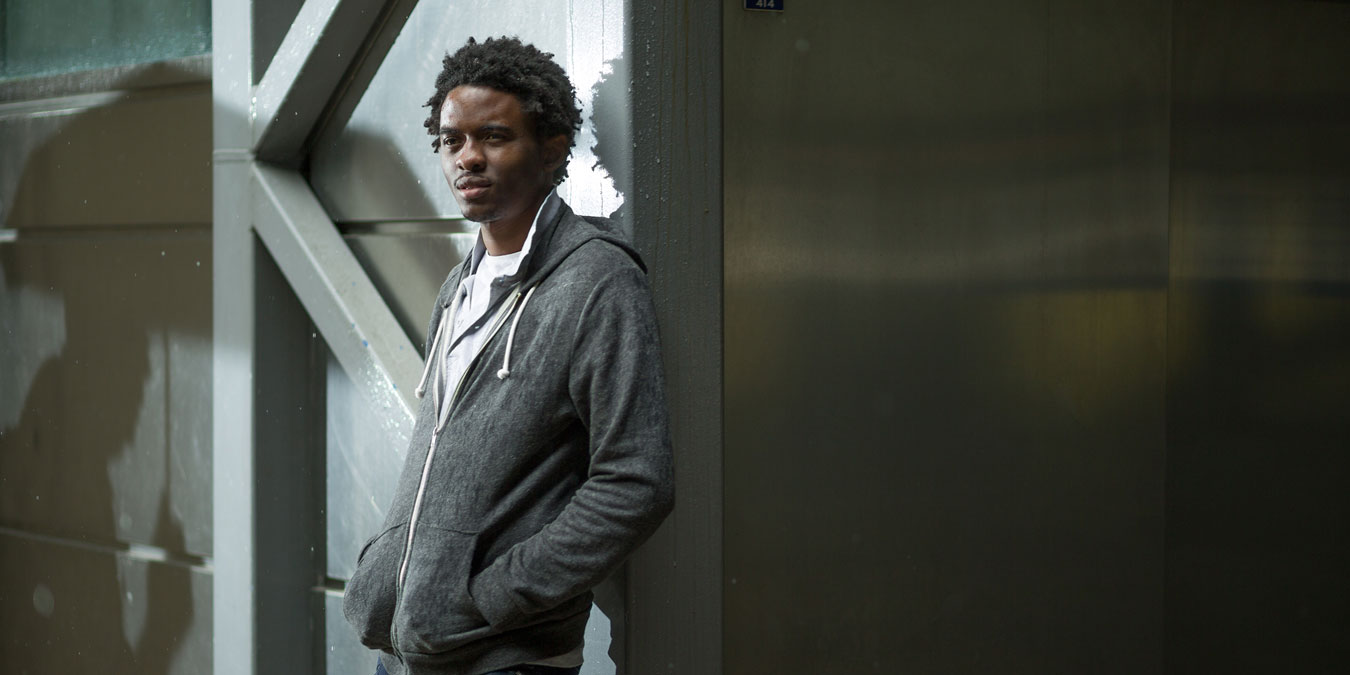 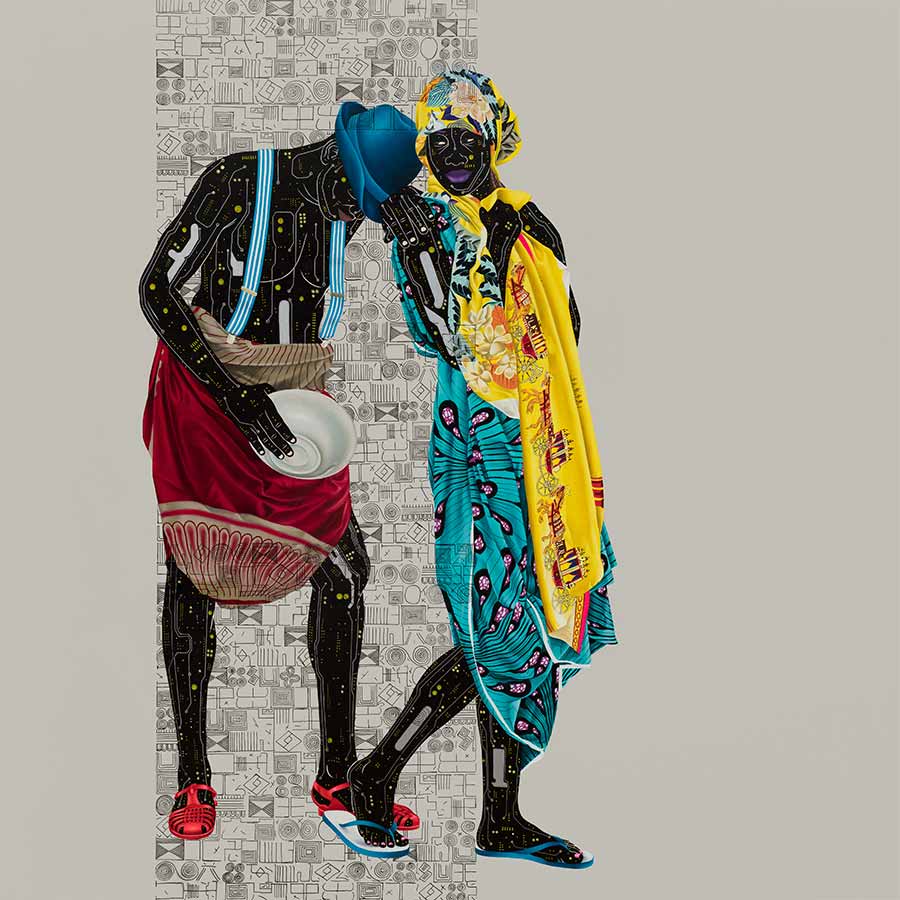 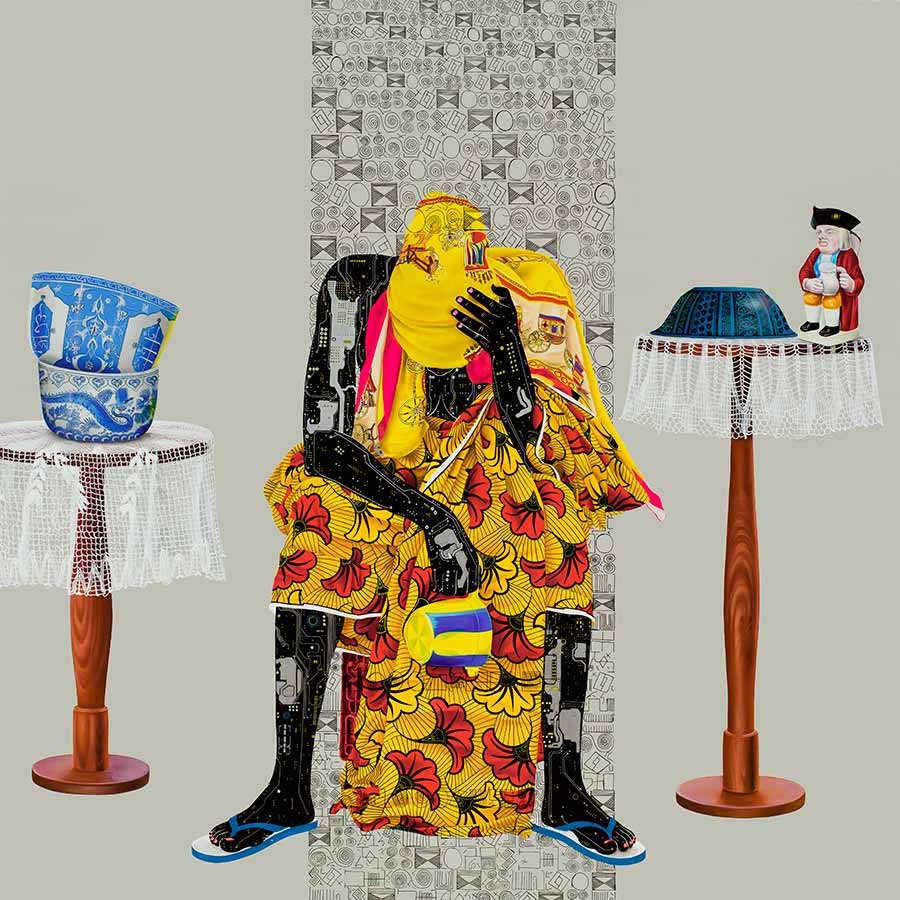 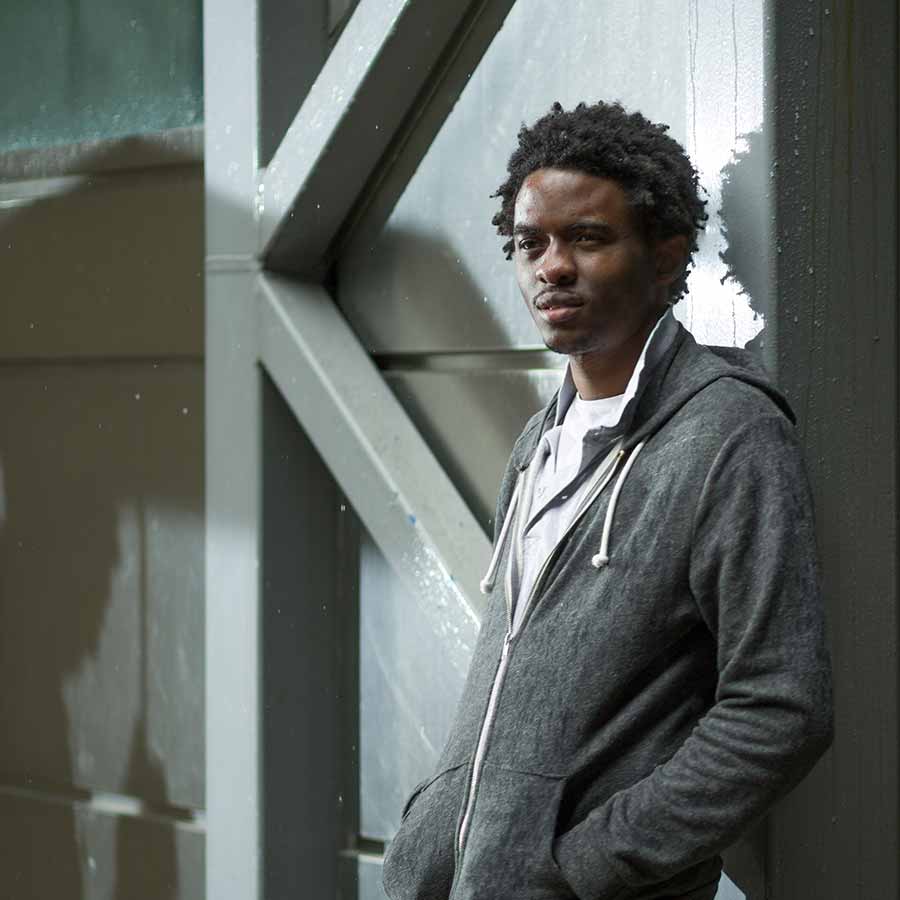 In his work, Kamuanga Ilunga explores the seismic shifts in the economic, political and social identity of the DRC that have taken place since colonialism. Increasingly globalised, yet still devoutly Christian, much of the country completely rejects its multi-ethnic indigenous heritage. The artist’s own mother, a modern woman who supported and raised her large family alone, didn’t want him undertake a research trip to visit people from her own ethnic grouping, considering them pagan, backwards and even dangerous! It is this loss of their traditional cultures that his listless figures seem to mourn, their bright fabrics hanging limply from their bodies, their hands clutching ritual objects whose functions seem less and less apparent. Today’s DRC is the world’s largest exporter of coltan, a raw material used in computer chips and mobile phones, and we see this ubiquitous marker of global modernity creeping across their skins. The monumental quality of the works makes the figures both heroic and elegiac. Yet, even as the Congolese fabrics painted as European drapery recount the developing story of the DR Congo of today the inter-dimensional ambiguity, between solidity and flatness, suggests an underlying anguish and emptiness.

For this new project, Kamuanga uses the history of the Kongo Kingdom to reveal the legacy of its leaders and examines the impact this has had on contemporary Congolese society. These new works feature objects such as porcelain used by early Portuguese traders as well as pottery, such as Toby jugs, which later entered the trade routes in the Kongo Kingdom for the trade of slaves. In this body of works, Eddy pays tribute to the slaves and ancestors who resisted this human trafficking by presenting a vision of the socio-political landscape of the Democratic Republic of Congo.

Kamuanga Ilunga’s work has been exhibited across Africa, notably at Dak’Art; Biennale OFF Senegal in 2014, and made its London debut at the Saatchi Gallery’s Panagaea II in 2015. The enormous excitement around the 24-year-old artist at London’s 1:54 Contemporary African Art Fair in 2015 and at New York’s Armory Show in 2016 was emphasised by an article in the FT’s How to Spend It, which employed his work ‘Lost’ to represent The Best of New York Armory, 2016. Eddy Kamuanga Ilunga was longlisted for the FT/Oppenheimer Funds Emerging Voices Awards 2016, and in 2017 his work was included in the exhibitions: African-Print Fashion Now! at the Fowler Museum, UCLA; I want! I want! Art and Technology at the Birmingham Museum and Art Gallery, Birmingham, UK; and in the 249th Summer Exhibition at the Royal Academy of Arts, London.