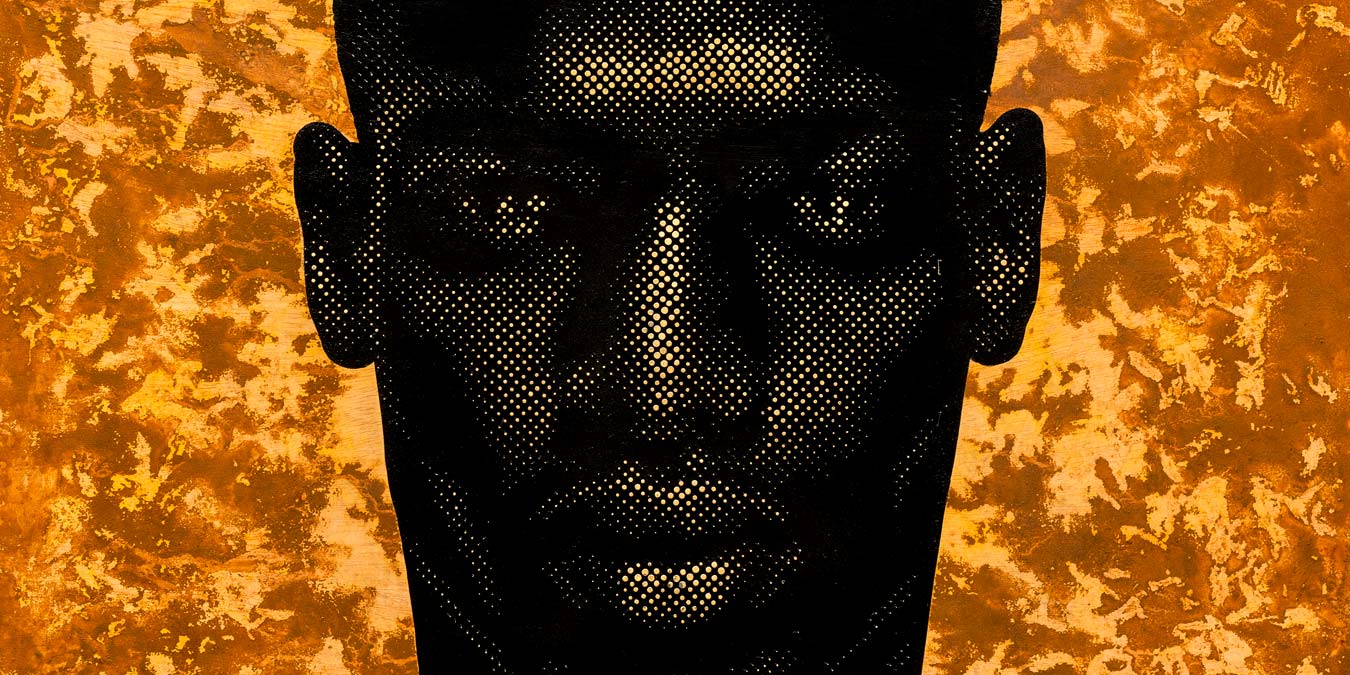 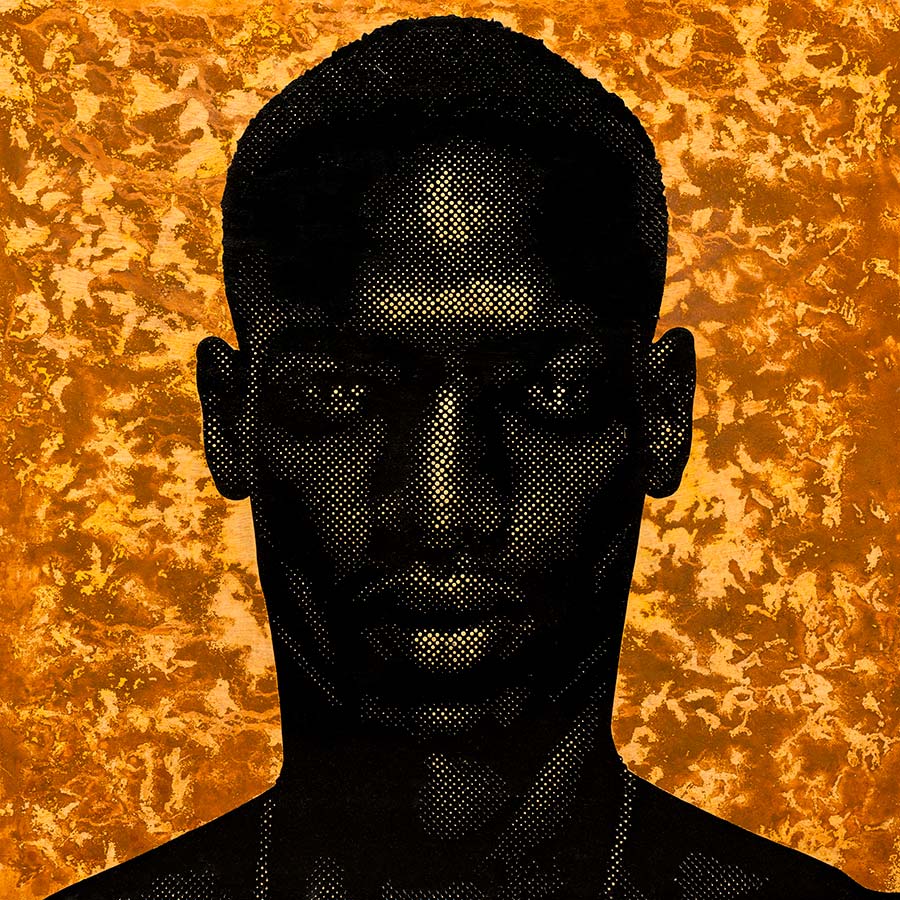 October Gallery is pleased to announce Fire Figures, an exhibition of new works by Alexis Peskine. This follows the success of his debut solo show Power Figures at October Gallery in 2017.

Alexis Peskine’s signature works are large-scale mixed media ‘portraits’ of the African diaspora, which are rendered by hammering nails of different gauge, with pin-point accuracy, into wood stained with natural materials such as coffee, mud and hibiscus. By applying gold leaf to the nails, he creates breath-taking composite images. He depicts figures that portray strength and perseverance, with energy reminiscent of the spiritually charged Minkisi ‘power figures’ of the Congo Basin. The nails Peskine uses speak about the Black Experience, transcendence and pain.

Fire Figures is a continuation and expansion of the key concepts in the series Power Figures. The striking new works explore the frustration of the African Diaspora which continues to face systems of violence, racism and displacement. Peskine has ‘always felt the fire of injustice’ throughout his life, a fire which fuels his works. For him, fire also represents an opportunity for change, a change his subjects are striving for but which has yet to come.

Peskine says, ‘’Our experiences are not validated. We’re invisible. I’ve lived it, we’ve always lived it. In Fire Figures I am expressing resistance and transcendence. It is my homage to resilience; my works elevate us.’’

This exhibition also includes works created by Peskine during a residency in Rio de Janeiro, 2019, which was part of FLUPP Literary Festival. As the only visual artist and the only male participant of the residency, Peskine wanted to pay homage to Brazil’s rich history of Black female writers. In honour of writer Carolina Maria de Jesus, Peskine developed a body of work that focuses on the new generation of Afro-Brazilian female writers. He depicts them wearing white head wraps reminiscent of de Jesus. The white head wrap or ‘Turbante’ is a tradition brought to Brazil by enslaved Africans and is also viewed as a symbol of resistance.

Materiality has always been an important part of Peskine’s practice in exploring the Black Experience. He frequently uses commodities such as coffee to stain the background of his works in order to represent the exploitation connected to the trade of such goods. In some of his new work, Peskine uses different sources of earth that he collected during his research trips to places such as Angola and Brazil, resulting in new grades of colour. Other pieces pay homage to East Africa, as Peskine explores materials native to the area such as Bissap, curcuma and white hibiscus.

For Fire Figures, Peskine has for the first time created a large-scale landscape with a length of over four and a half meters. The work, A Seat at the Stolen Table: Intaba Evutha Umlilo, maps out the monumental Table Mountain, a quiet and stoic area which stands in stark contrast to the segregation and forceful displacement of the Black communities to the peripheries of society. For the upcoming exhibition, the artist will also create a special façade of a wooden cabin in the gallery serving as a reminder of the enclosed spaces slaves were forced to live and travel in. 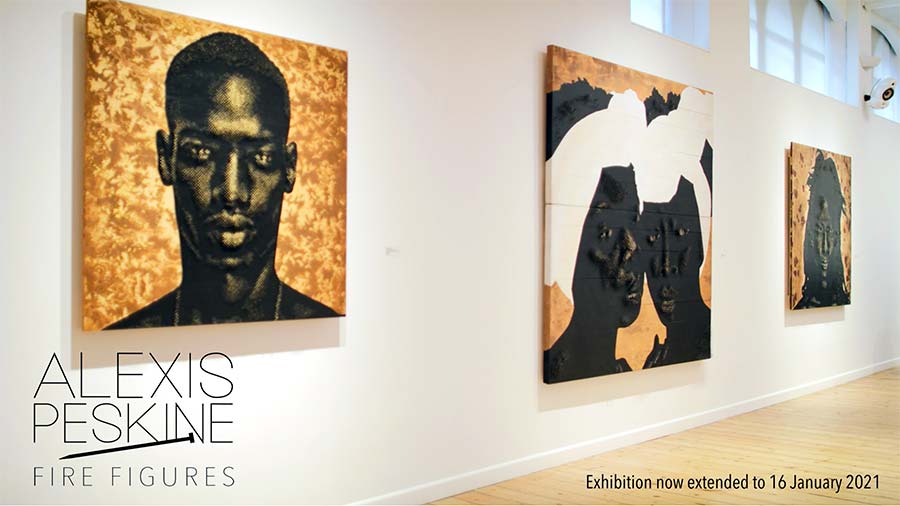 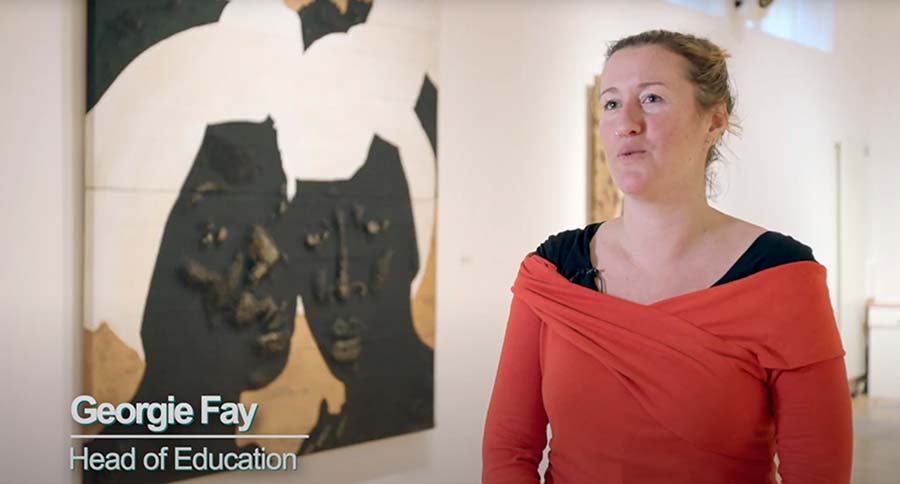 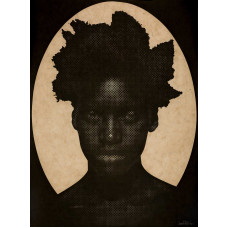 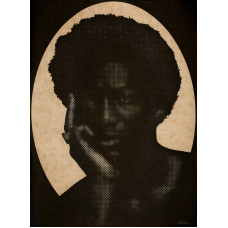 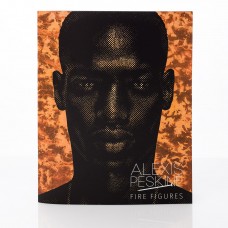