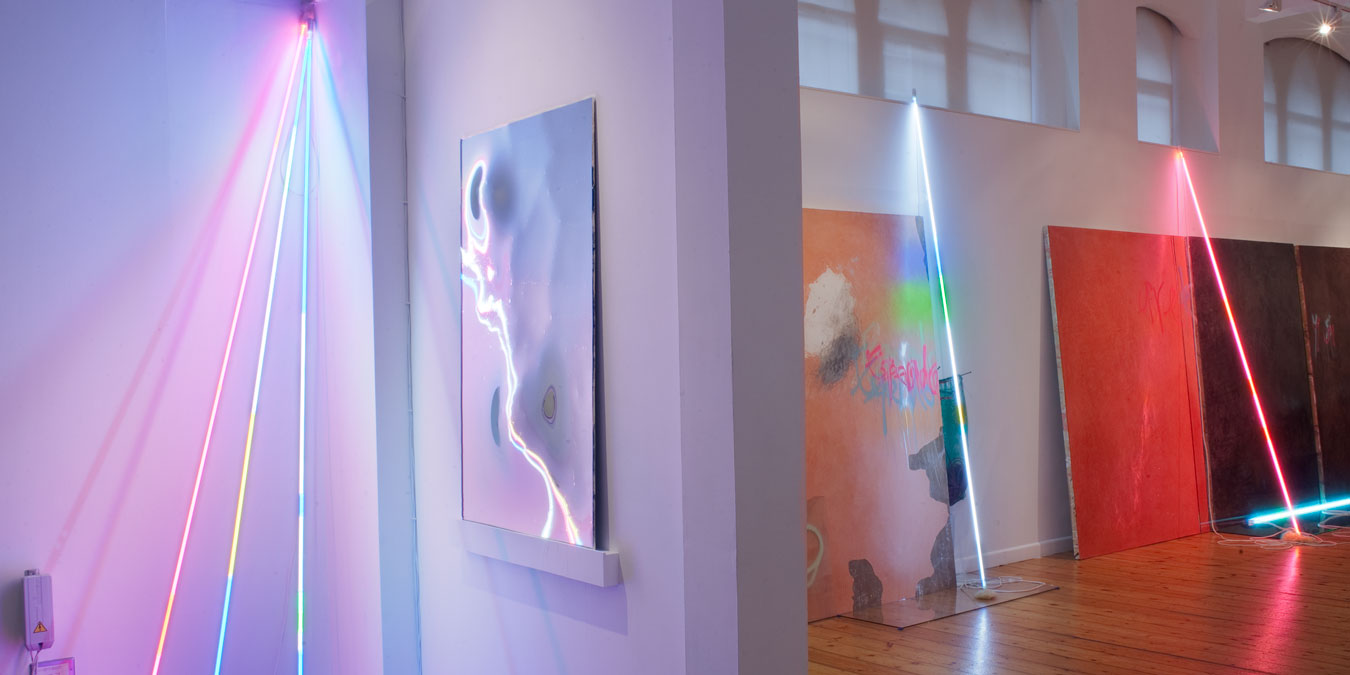 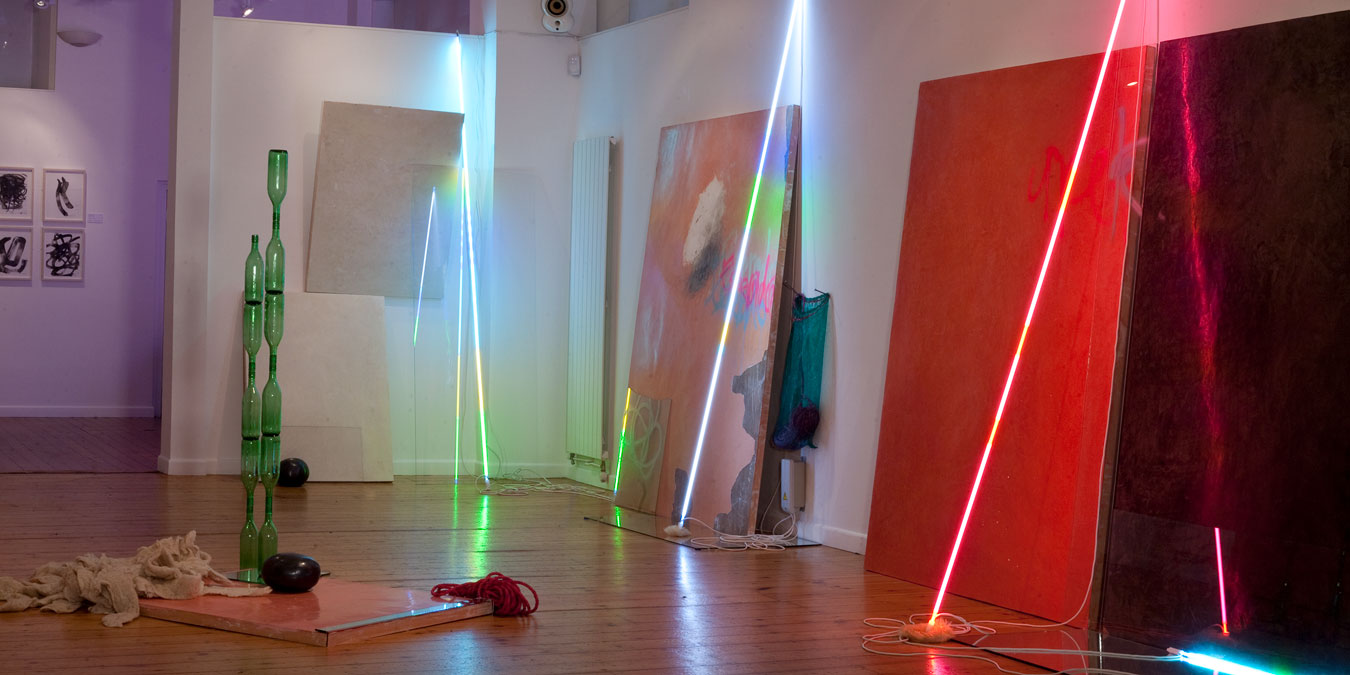 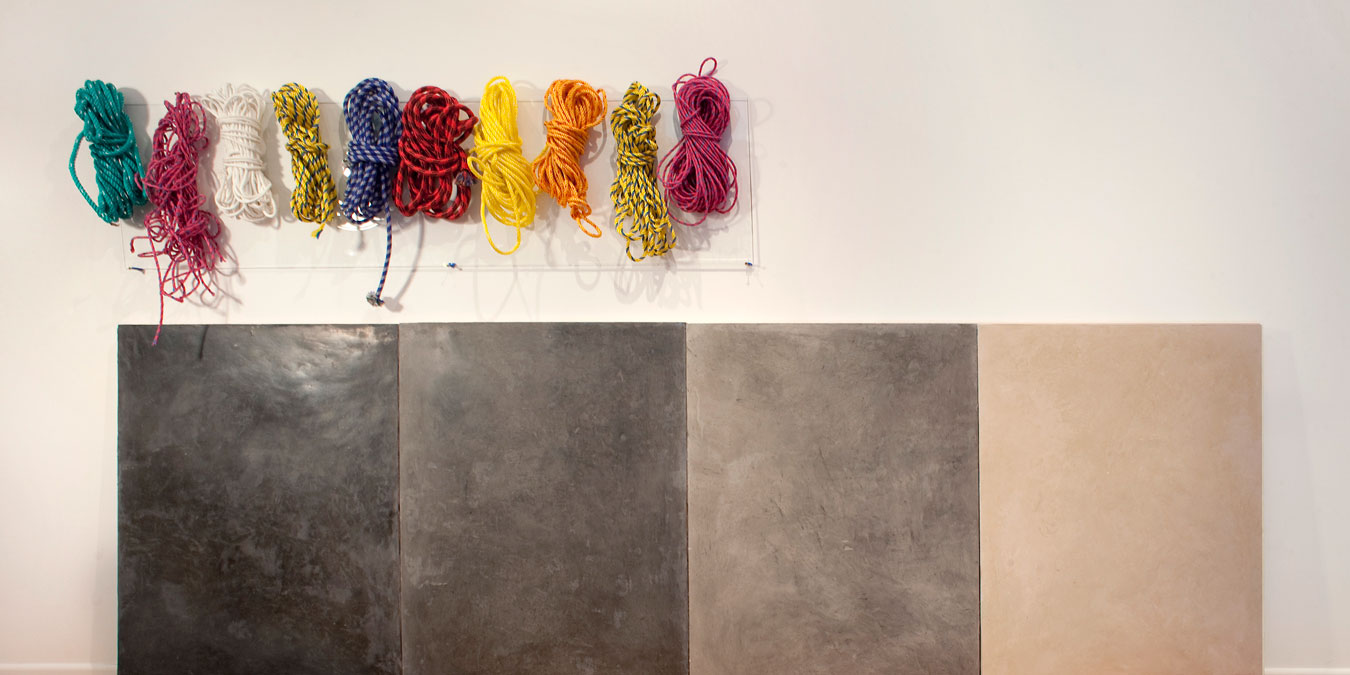 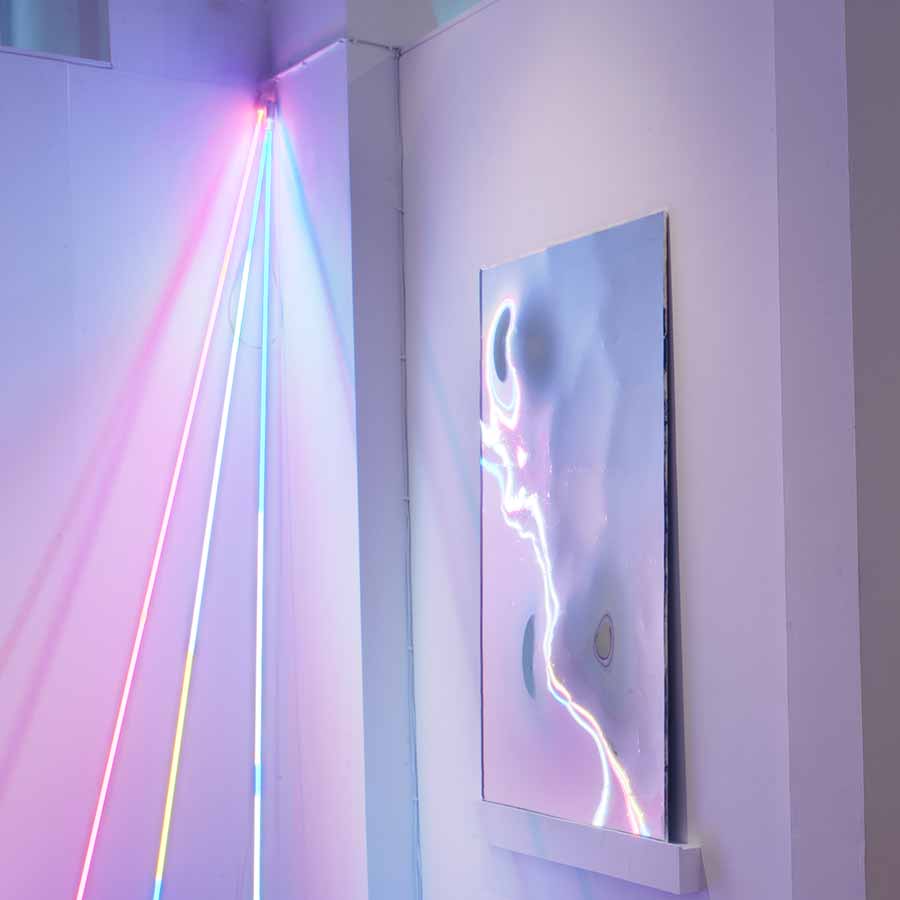 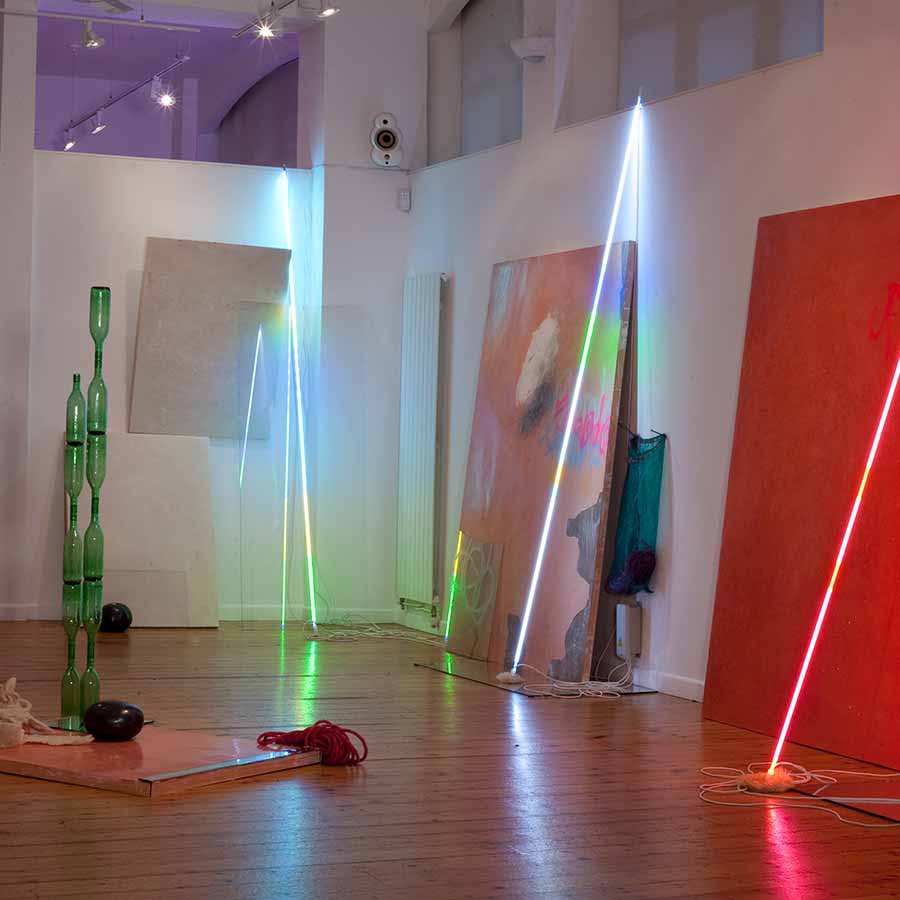 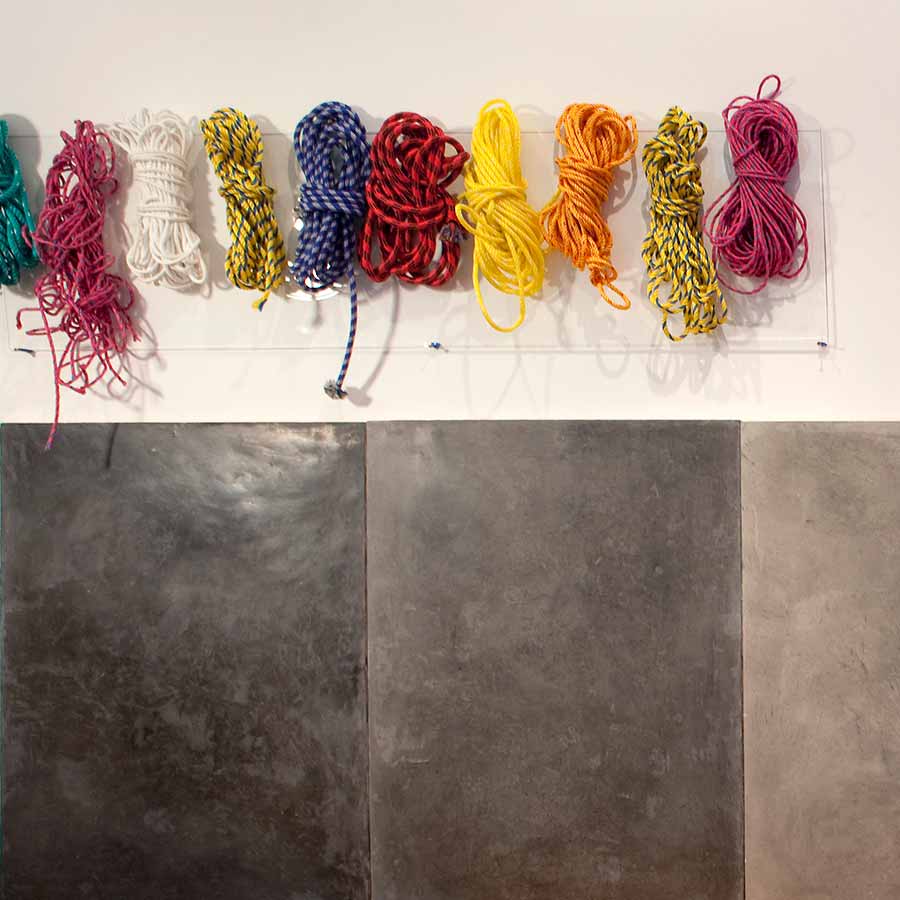 Born in 1975 in Berlin, Gavan lives and works in New York and Mexico. He studied at the Repin Academy of the Arts in St. Petersburg, Russia, also Bard College and Columbia University in New York, where he also worked as an adjunct professor of art, teaching printmaking.  He has exhibited in Europe (Manchester, Berlin, Geneva), South America, the U.S. and Mexico.His works are rendered via a prolific use of media - painting, drawing, glass, neon, anamorphic mirror, photography, ceramics and weaving.
A formalist by training, Gavan’s works project a dazzling energy, the shapes and forms are both playful and exuberant,

“I am attracted to art that has that sense of humour and tension between seriousness, ambivalence and play.” (The Brooklyn Rail).

His 2003 installation in Oaxaca, Daedalus’s Song, “created an impossibly beautiful sight, a canopy of thousands of mirrored glass orbs hung over a historical street in Oaxaca, Mexico”
(Glass Quarterly).

Gavan’s last show in New York (Larissa Goldstone, 2010), was dedicated to the memory of his mother, painter and muralist Zara Kriegstein. Kriegstein was Artistic Director of the October Gallery from 1979-1980.
Related Items From Our Store