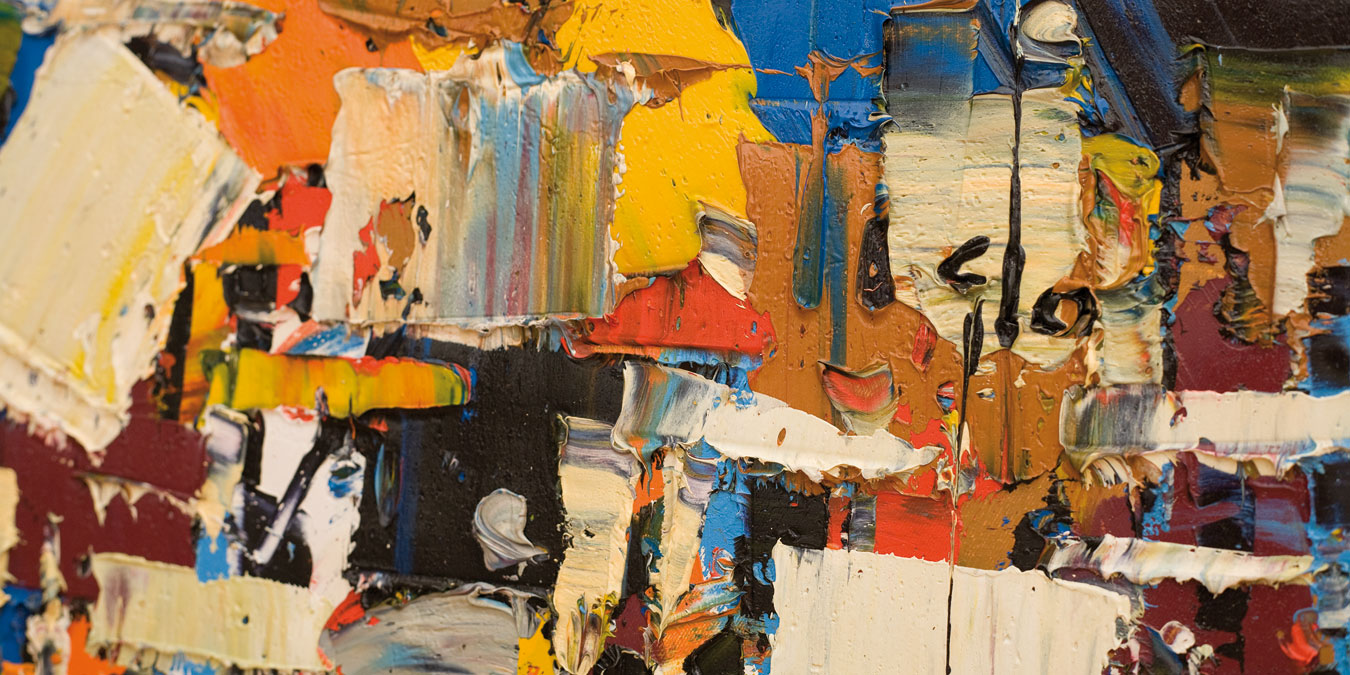 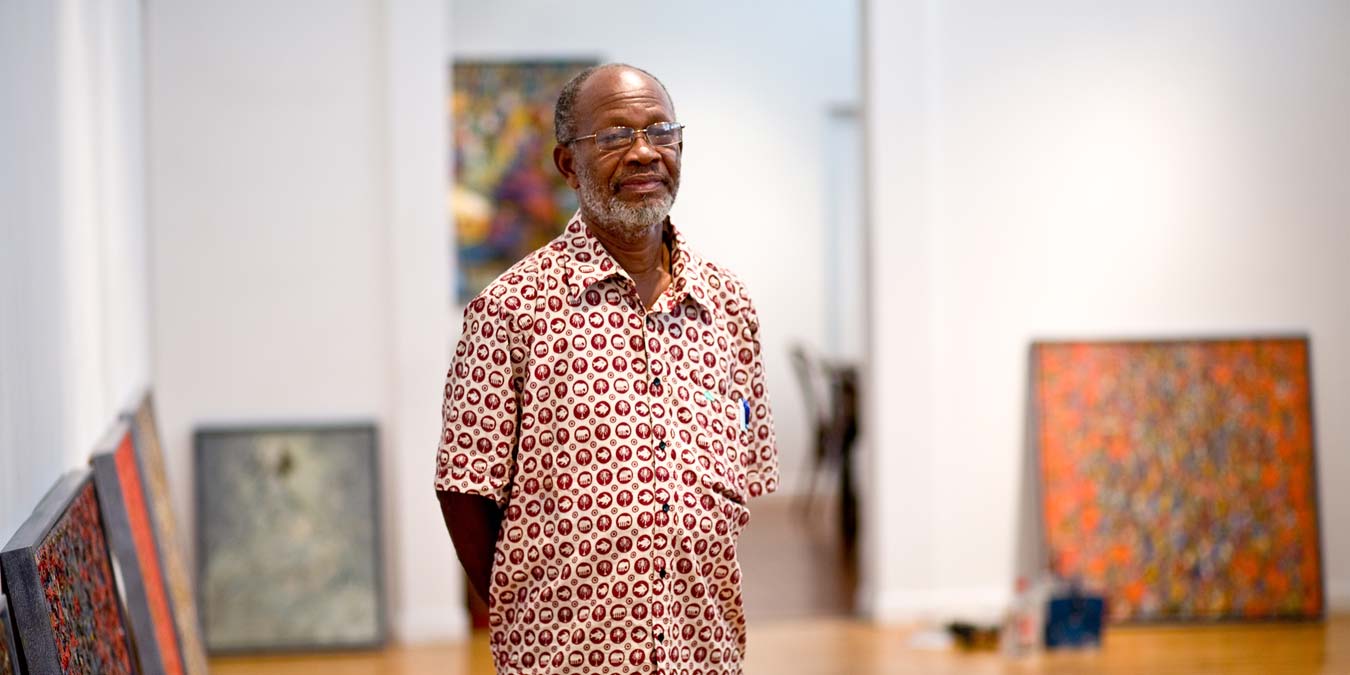 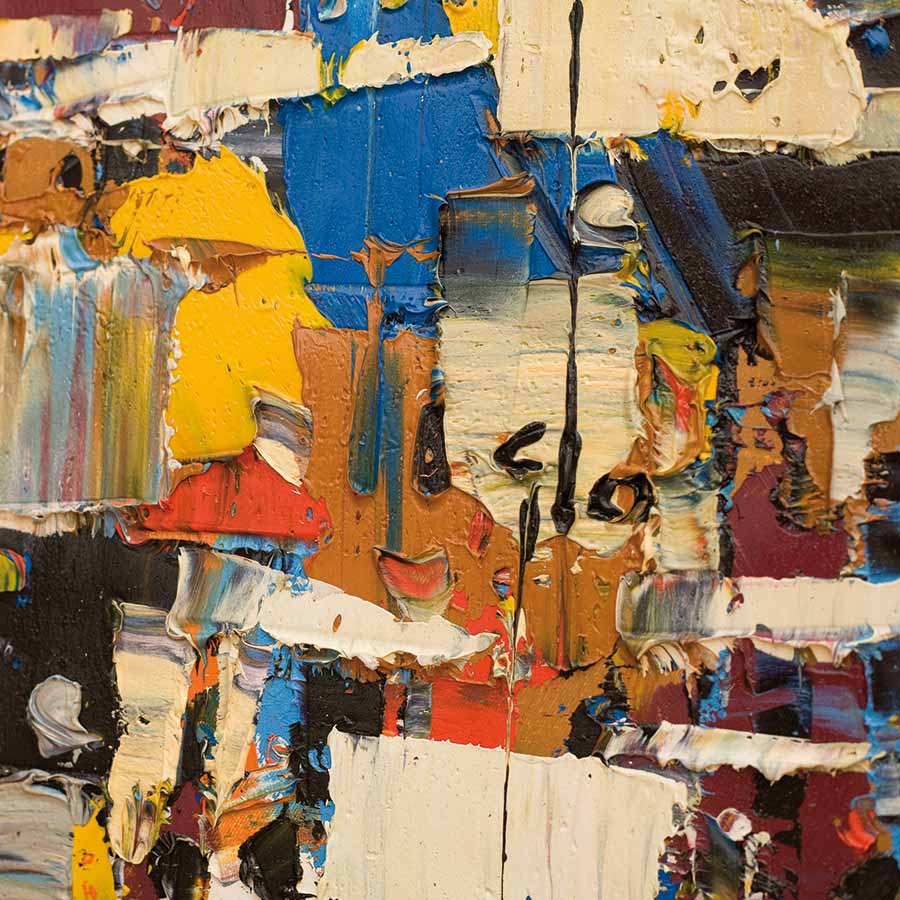 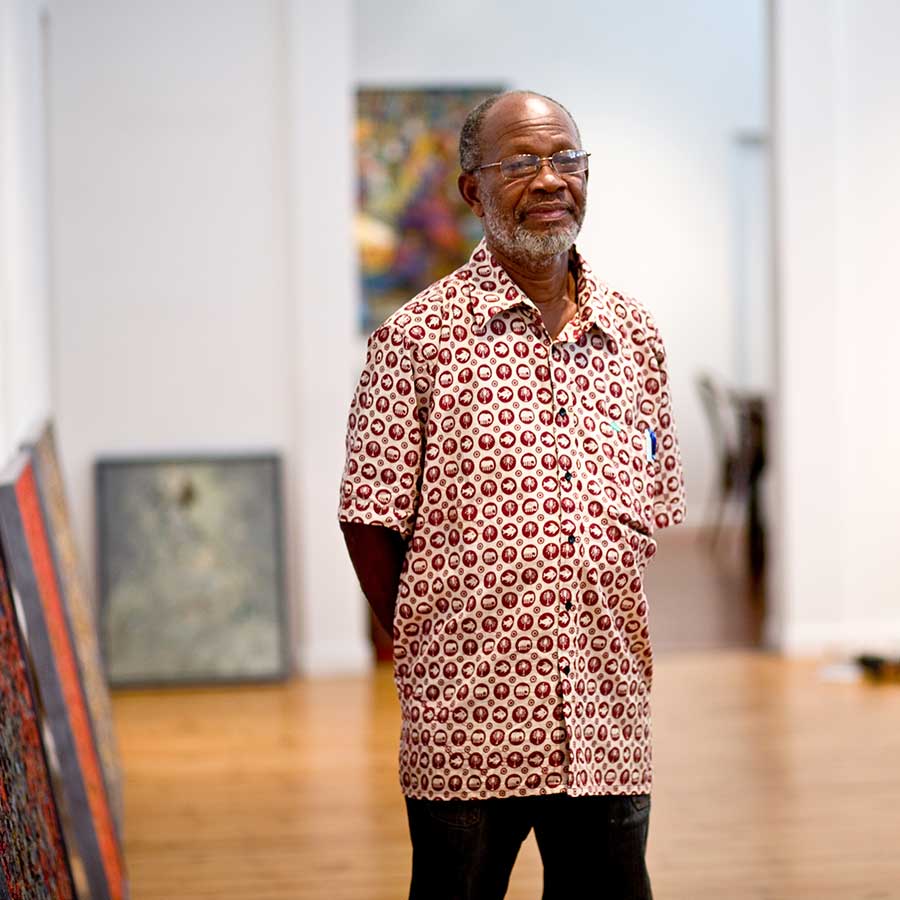 On the occasion of his 80th birthday, October Gallery presented an exhibition of paintings by the renowned artist Ablade Glover, celebrating a lifelong passion for the colour, energy and vibrancy of his native Ghana.

Glover will exhibit a selection of recent works which represent his insatiable passion for movement, activity and colour. Using, a palette knife he applies his oils in a thick impasto.  Heavy layers of bright colours invoke bustling crowds, heat, thriving market stalls and dusty shanty towns.  Individual figures emerge from the crowds and it is this endless movement of people which underpins Glover’s market scenes.  The roughly textured surfaces of his canvases recall an earth parched by a powerful African sun.

Accentuated by his choice of vibrant colours expressing the visual richness of the African continent, Glover’s paintings amass energy from his subjects. Every singular vivid fleck of colour represents their vitality. Drawing themes from his environment, Glover effortlessly transports the viewer into the scene. Often the perspective that Glover employs is from a high vantage point overlooking the town, beach or crowd below. From this position, the viewer becomes an involved and captivated onlooker.

Based both in abstraction and realism, the effect of each of the works is dependent on the viewer’s proximity. Seen closely, the works settle on the eye in array of lively colours. However, if viewed at a further distance, the abstract shapes resolve themselves through sophisticated painterly sensation as faces, figures and busy market scenes.  These sudden shifts in focus enhance Glover’s clear success as a multitalented artist.

Born in Accra in 1934, Ablade Glover occupies a significant place in Ghana’s contemporary art scene as both Founder and Director of the internationally acclaimed Artists Alliance Gallery. Trained in Ghana, Britain and the United States, Dr. Glover has accumulated a number of distinctions, which underline his significance as an artist and enthusiastic educator both in Ghana and on the international art scene. The universality of Glover’s work is reflected in the breadth and variety of his collectors. His work can be found in such diverse public and private collections around the world as the Imperial Palace Collection of Japan, the UNESCO Headquarters in Paris and Chicago’s O’Hare International Airport amongst others. He has exhibited extensively in West Africa, Europe, the USA and Japan. A recipient of the distinguished AFGRAD Alumni Award by the African-American Institute in New York, he is also a Life Fellow of the Royal Society of Art in London. 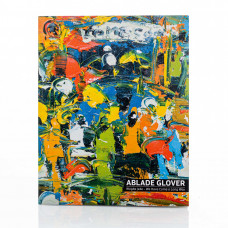 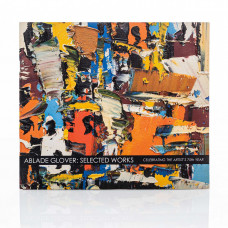