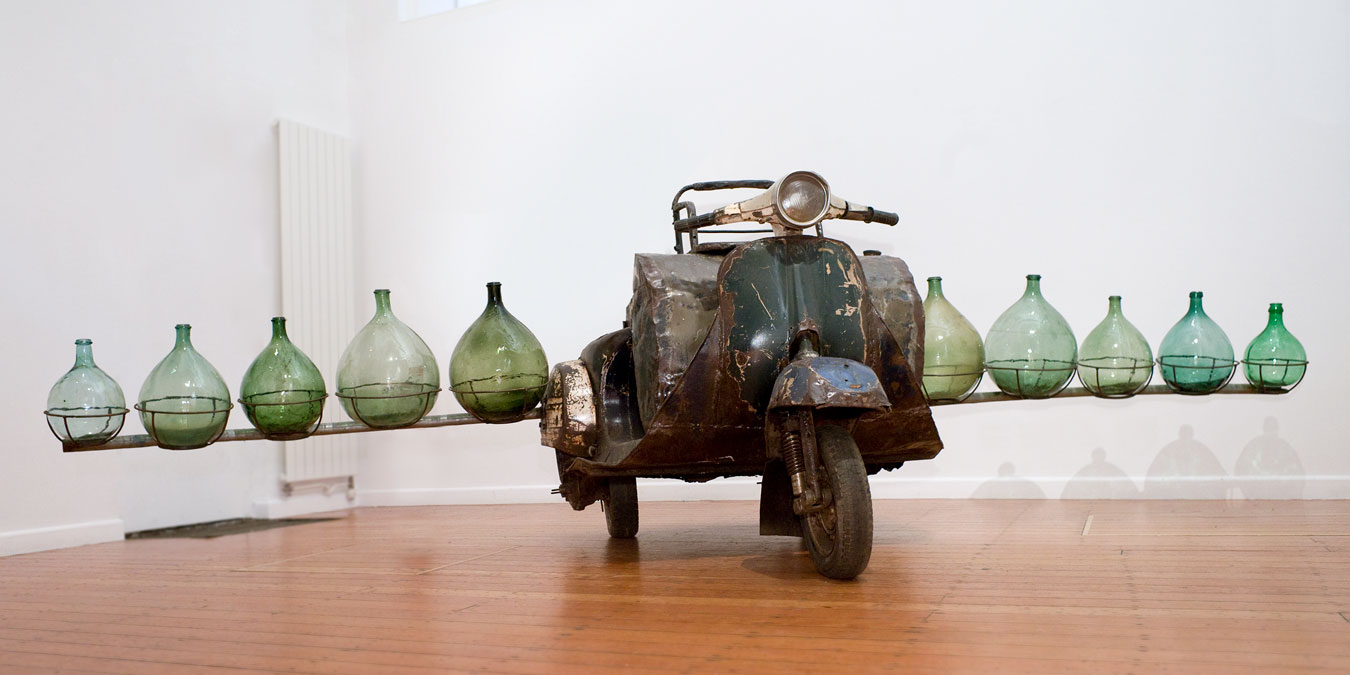 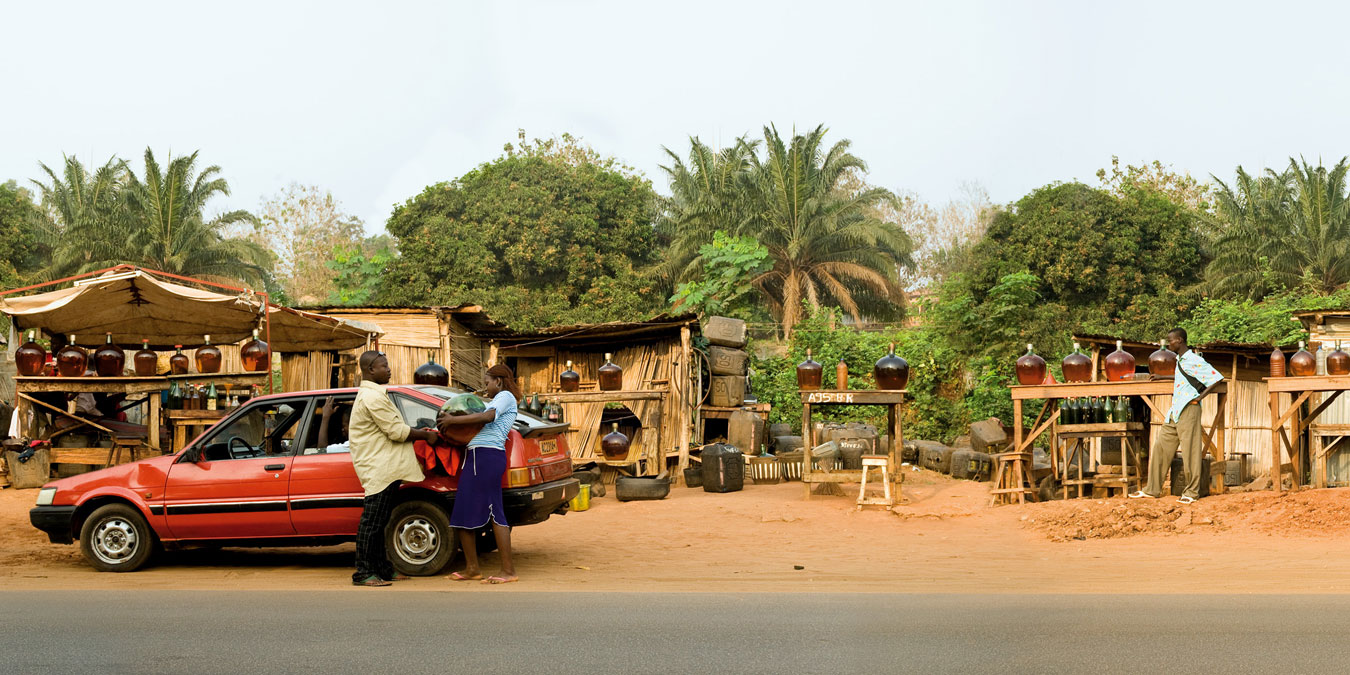 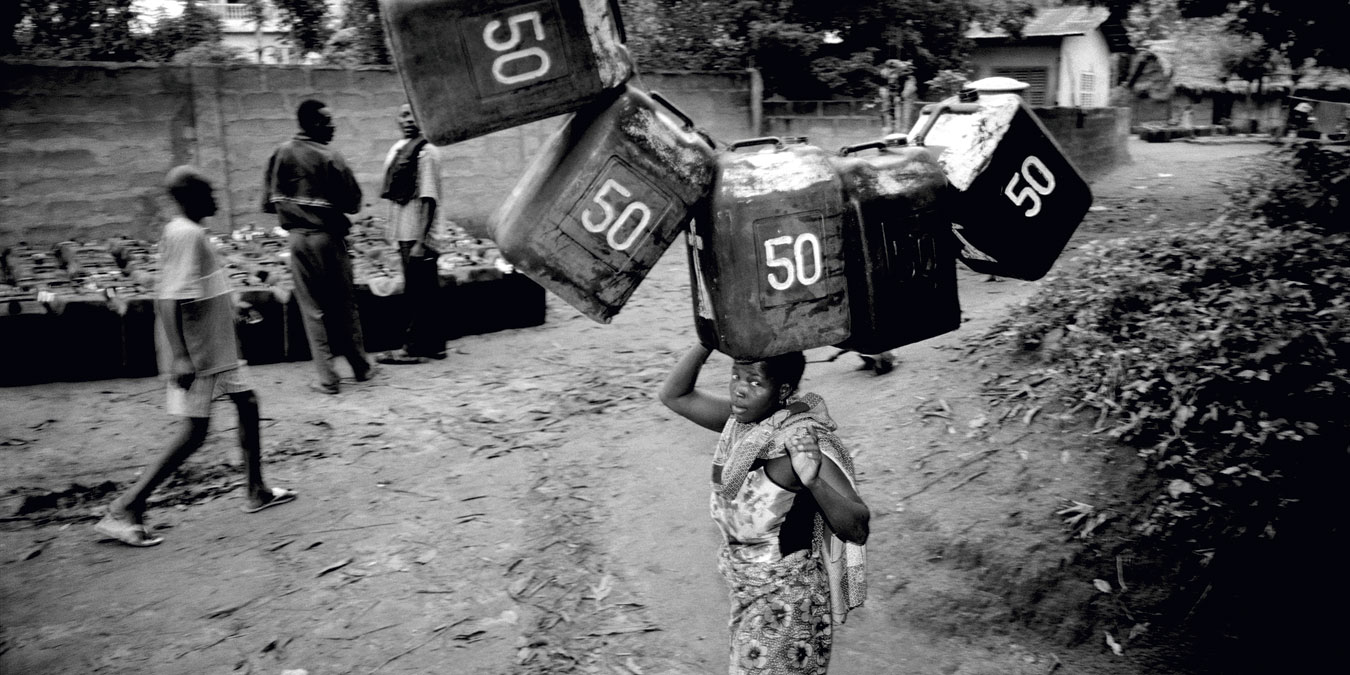 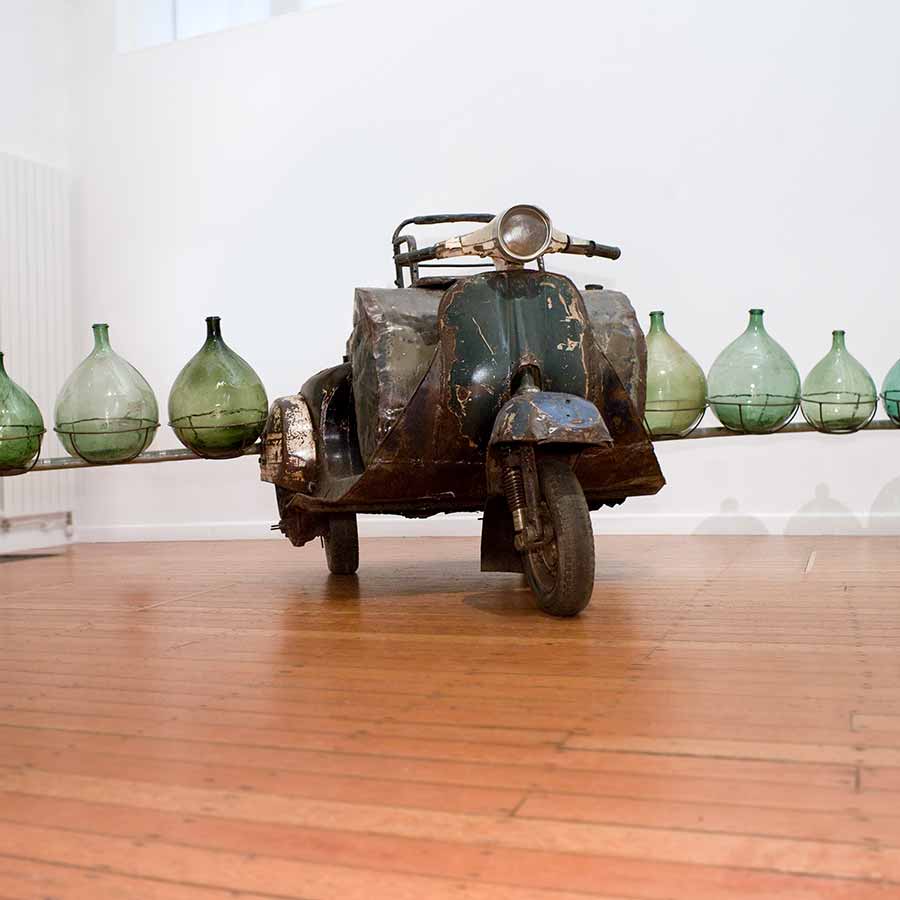 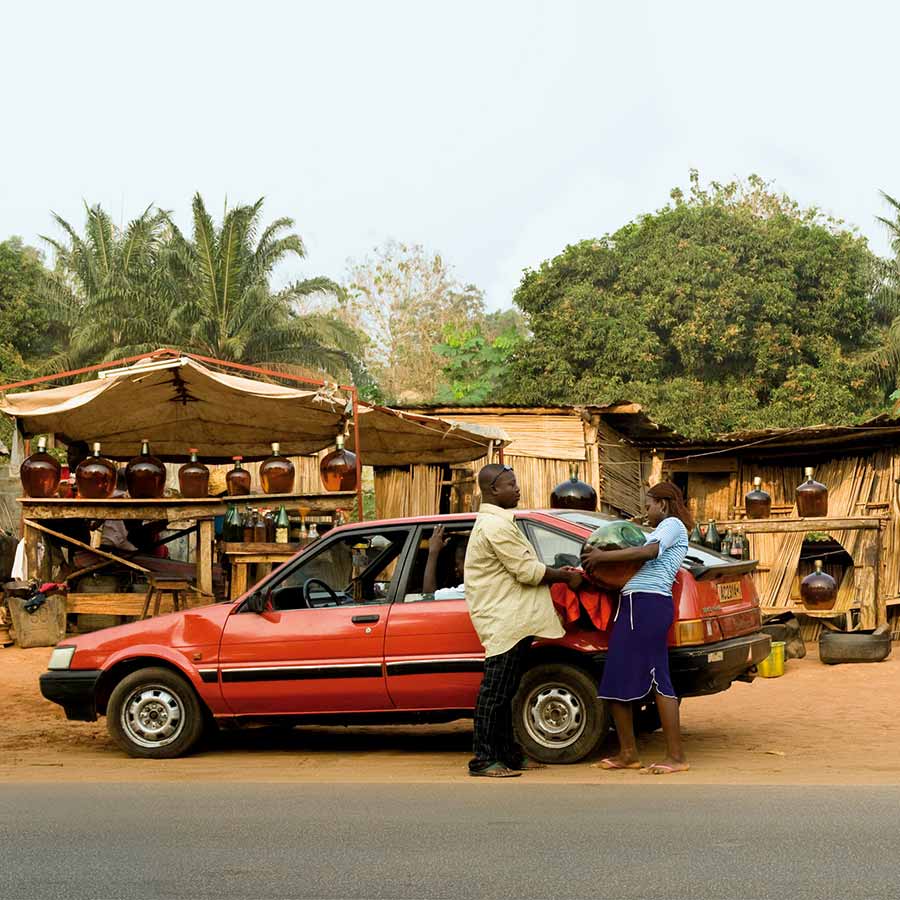 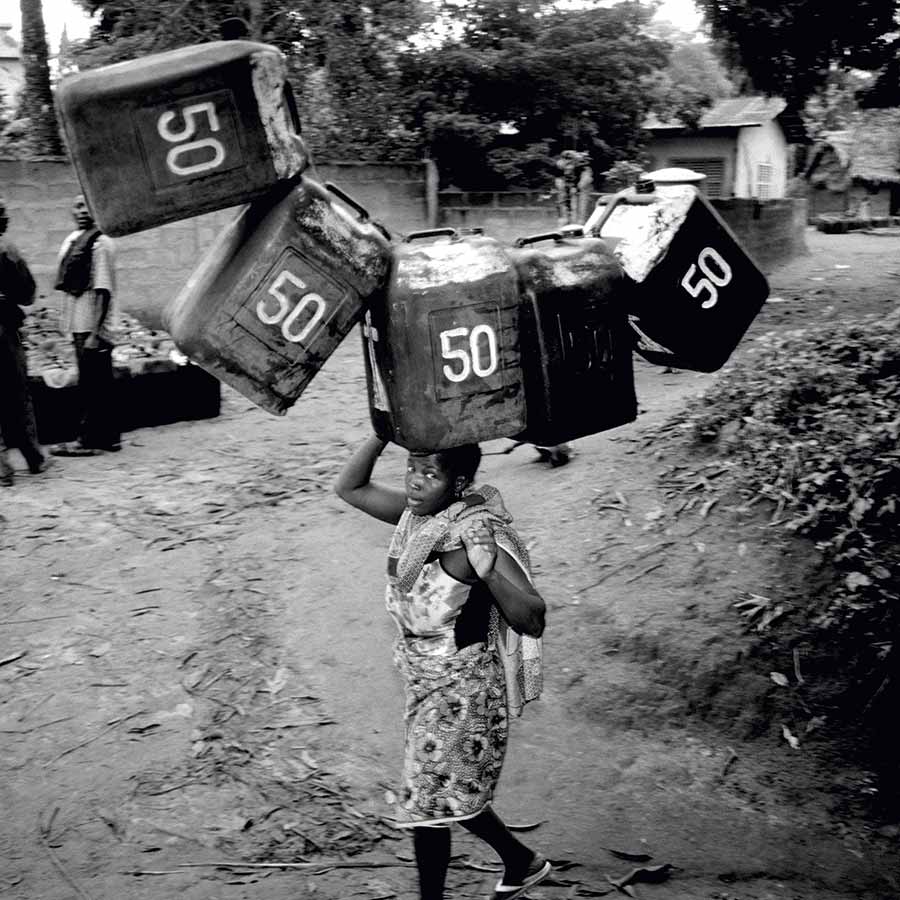 Hazoumè’s works are humorous and wryly political. His assemblages and photos are specifically tied to his vision of society and global problems. His practice often engages deeply with local and international history to deliver incisive, sharp social commentary. The signature in all of his slightly irreverent, tongue-in-cheek and highly satirical work is his appropriation of the commonly found plastic petrol can, ubiquitous in his home country, Benin, both for fuelling mechanised change and causing fatal explosions when over-filled. Cargoland places a spotlight on the illegal trade of petrol between Nigeria and Benin and pays homage to the disabled men, often beggars, who are driven to engage in this illegal and extremely dangerous activity for lack of a better alternative.

Romuald Hazoumè is a multi-faceted artist: a painter, sculptor, photographer and filmmaker, his powerful creations mark him as one of the most innovative and exciting personalities to emerge from Africa. Hazoumè’s work first came to prominence in the U.K. with the inclusion of his “masks” in the Saatchi Gallery’s ‘Out of Africa’ show, in 1992. In the past twenty years his work has been widely shown throughout Europe, the United States and Asia, including the British Museum, the Guggenheim, Bilbao, the Museum of Arts and Design, New York and the Irish Museum of Modern Art. His works are in prominent public and private collections around the world, including the permanent collections of the British Museum, London; Queensland Art Gallery, Brisbane and Neue Galerie, Kassel. 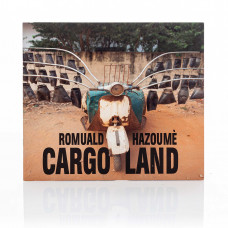 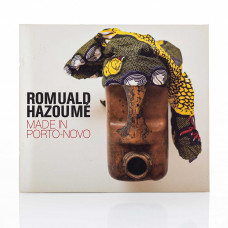