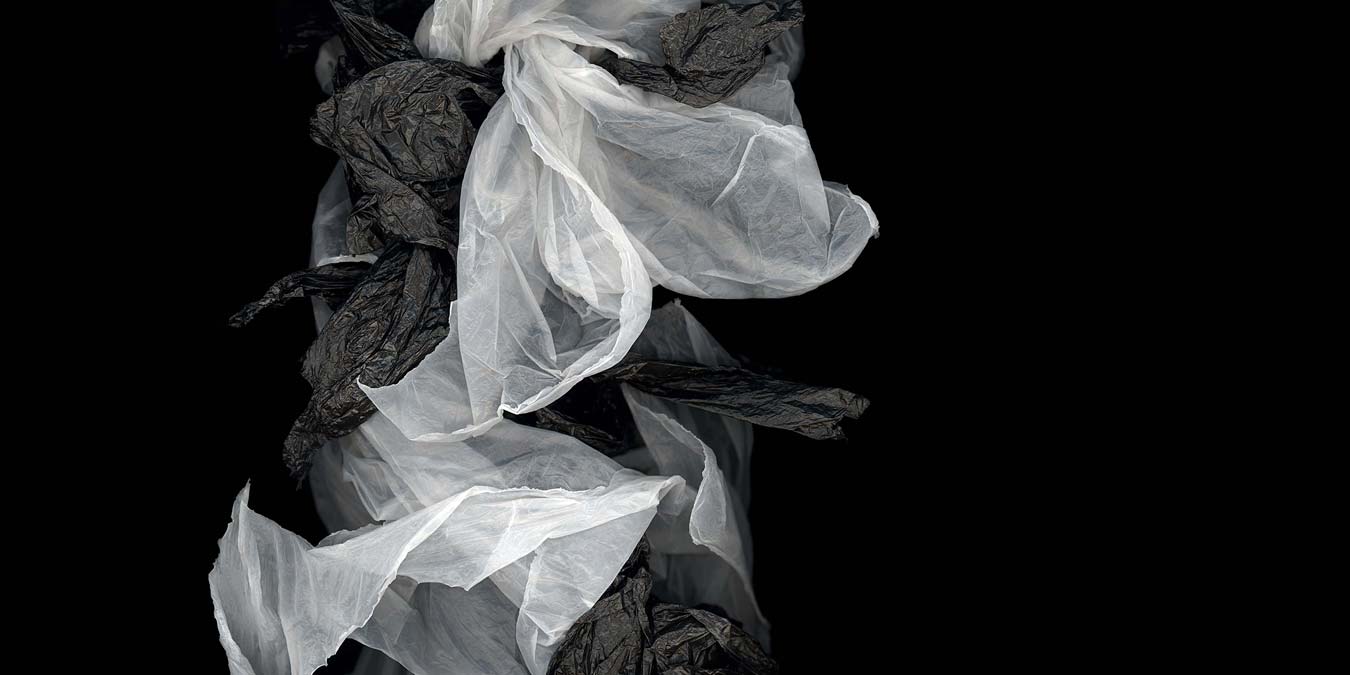 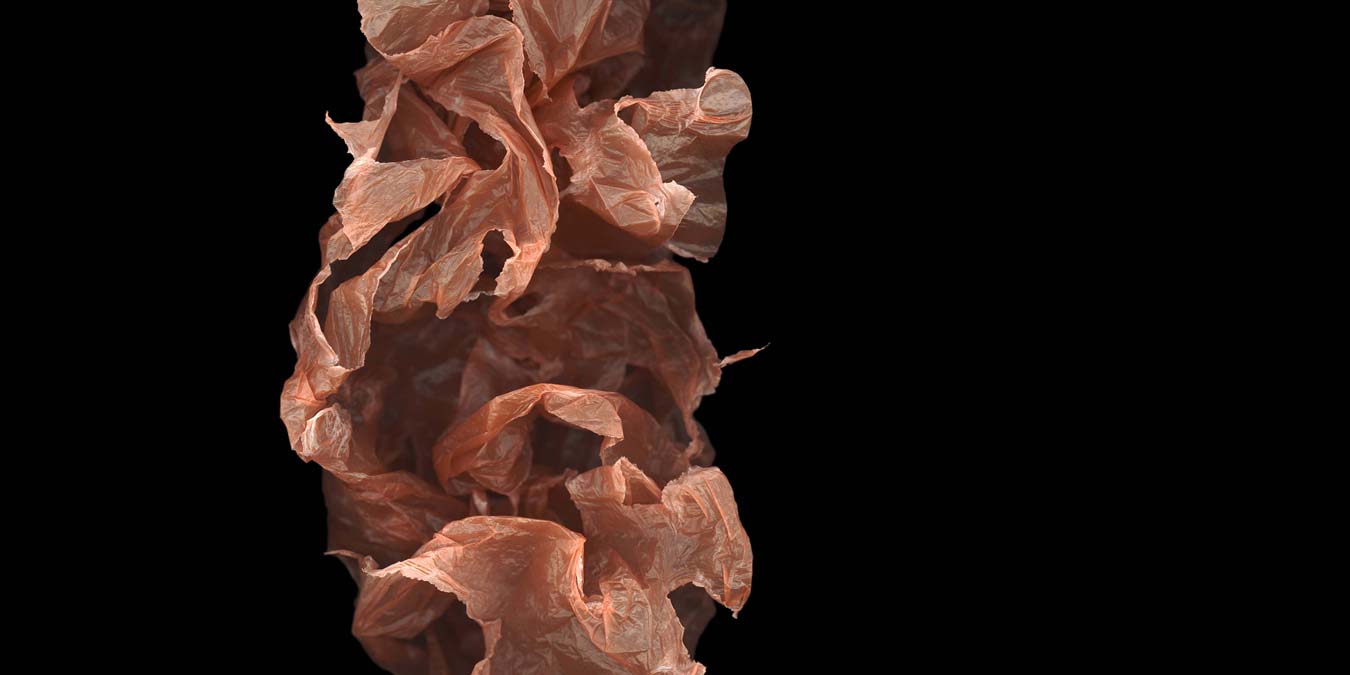 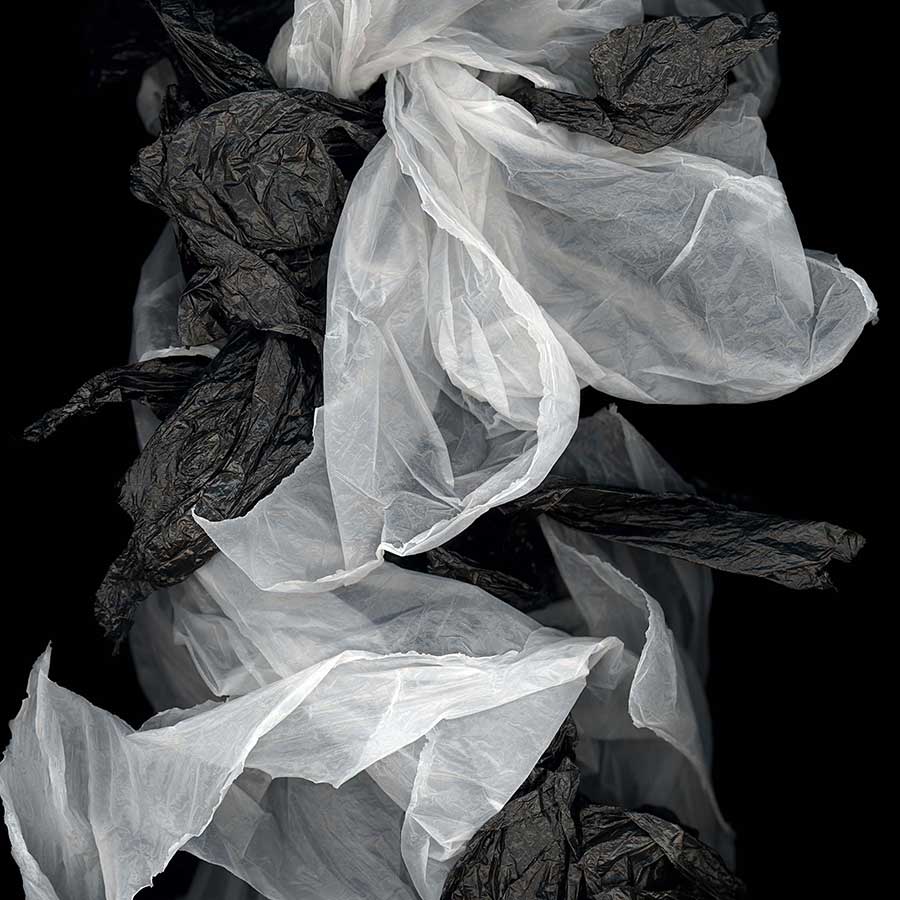 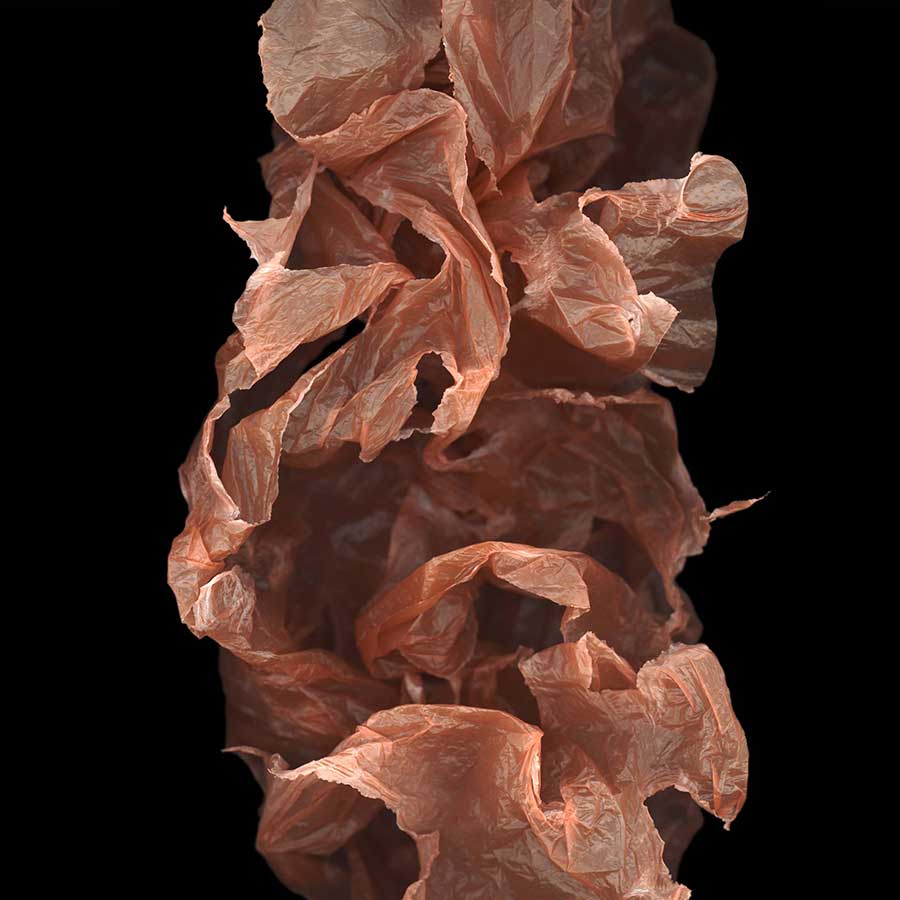 In his London debut exhibition, Chinese artist Huang Xu presents a series of ethereal oversize C-prints exploring the fragile nature of the contemporary global economy.  The tattered remains of plastic bags from rubbish heaps in China are collected and digitally remodelled in the 3D scanners normally used by archaeologists, to produce images of haunting luminosity. Evoking the aesthetic of the sublime, Huang Xu’s vast prints capture freeze-frame shots of decay in a maelstrom of economic change.

For Huang Xu, the mundane history of the plastic shopping bag evokes a critical commentary on China’s acceleration towards a free-market economy and the global shift in the fortunes of capitalism.  An estimated 3 billion plastic bags are used in China every day, many of which end up in makeshift rubbish heaps, clogging the cities and countryside with plastic.  The few recycling facilities that exist are further strained by the import of used plastic bags collected by European supermarkets.  Levels of plastic pollution were so high in months before the Olympics that China decided to impose a ban on lightweight plastic bags.  In China, this environmental crisis was widely perceived as symptomatic of the negative impact of the country’s recent race to embrace capitalism; Chinese shops had only begun giving out plastic bags in the early 1990s.

Huang Xu elevates this detritus to sublime dimensions.  Far from resembling waste, his densely textured, luminous prints suggest the fine silk textiles of Imperial China, evoking an age of decadence and wealth, and recalling the historic trade links between China and the West.   Chinese silk was traded across Europe, Asia and Africa from as early as the 11th century BCE, and was valued so highly as to almost bankrupt the Roman Empire.  These histories ironically foreshadow the current balance of economic power, and give a wry commentary on the trade in materials; whilst China once shipped silk to the West, the West now ships used plastic bags back to China.

Huang Xu was born in Beijing in 1968.  He established the Substratum Art Studio in 1989, the Migrant Bird Art Studio in 1991 and the Big Basin Studio in 2003.  He has exhibited in Australia and China and works as a professional artist in Beijing.