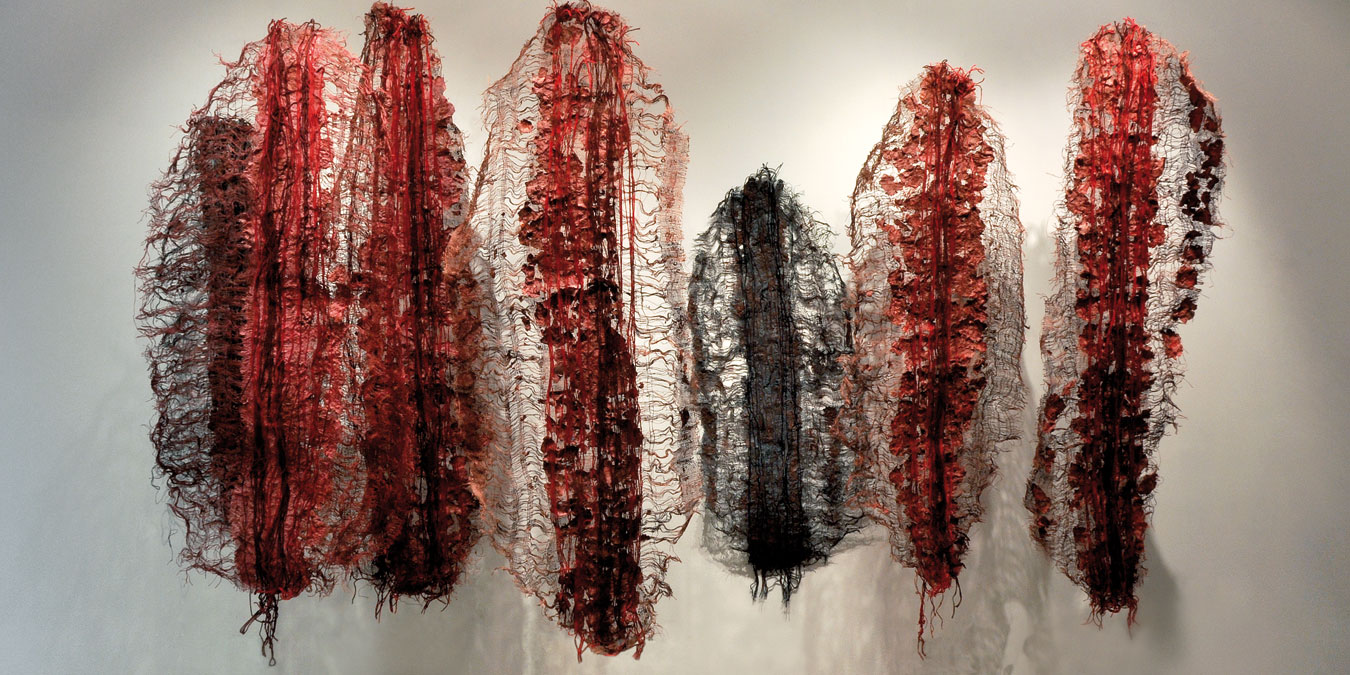 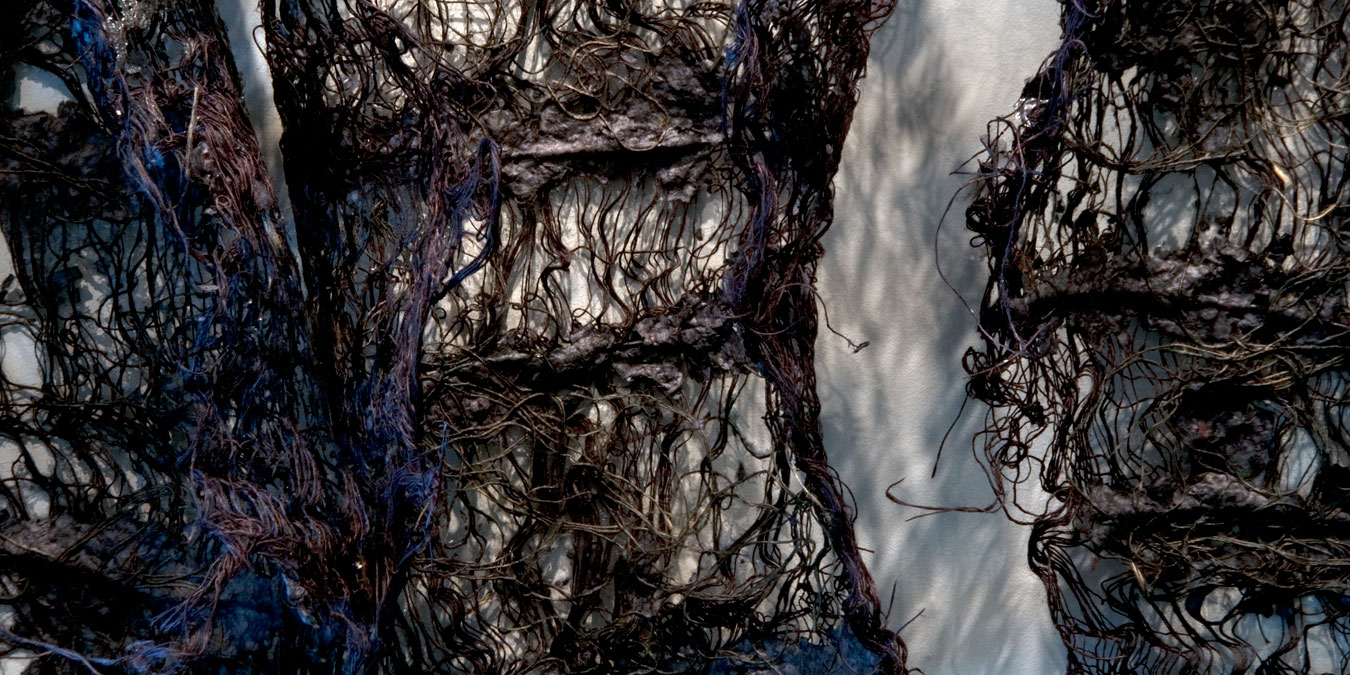 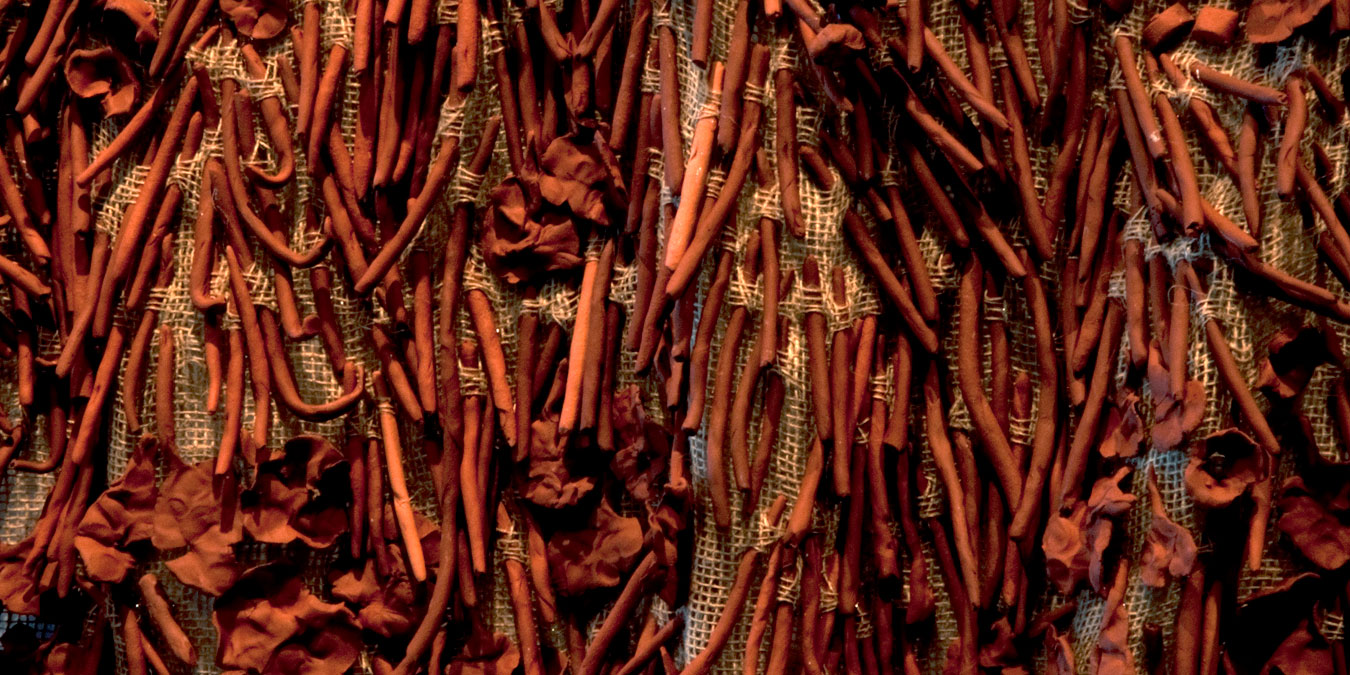 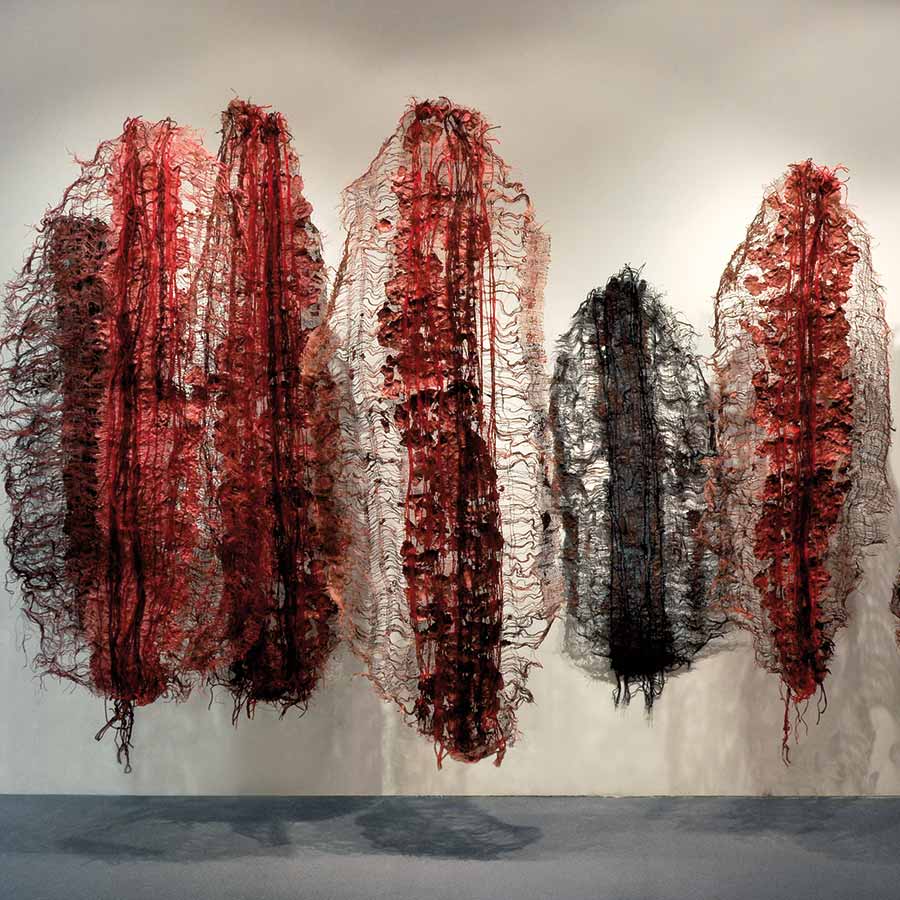 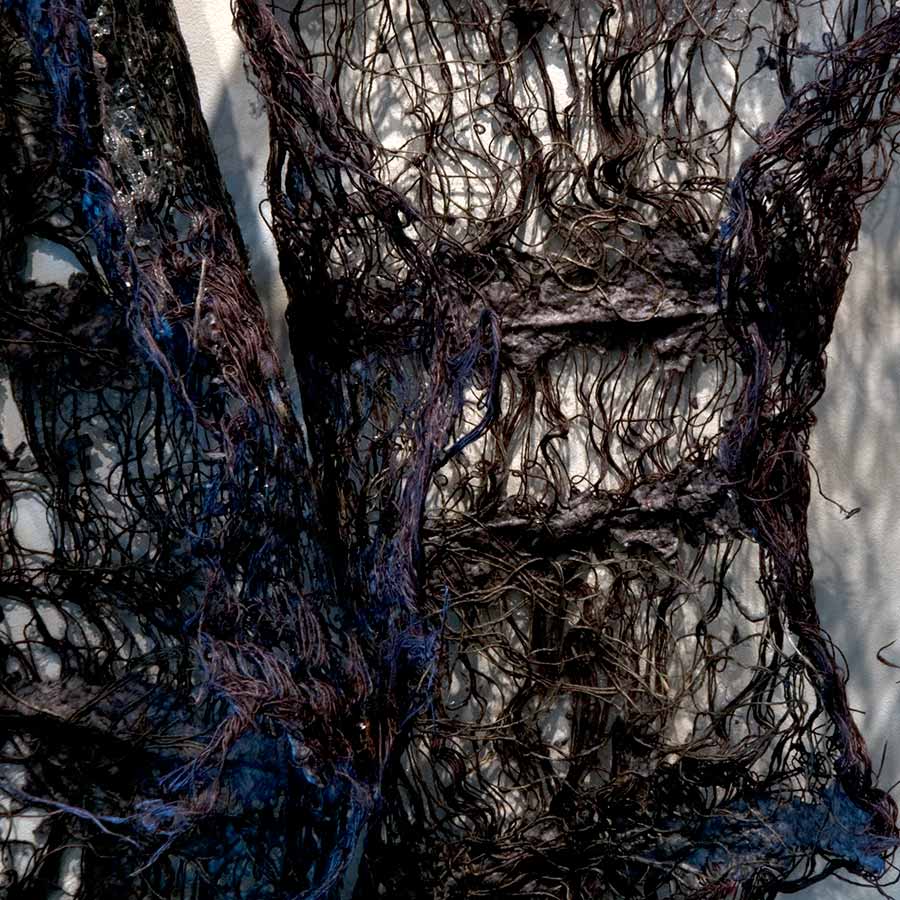 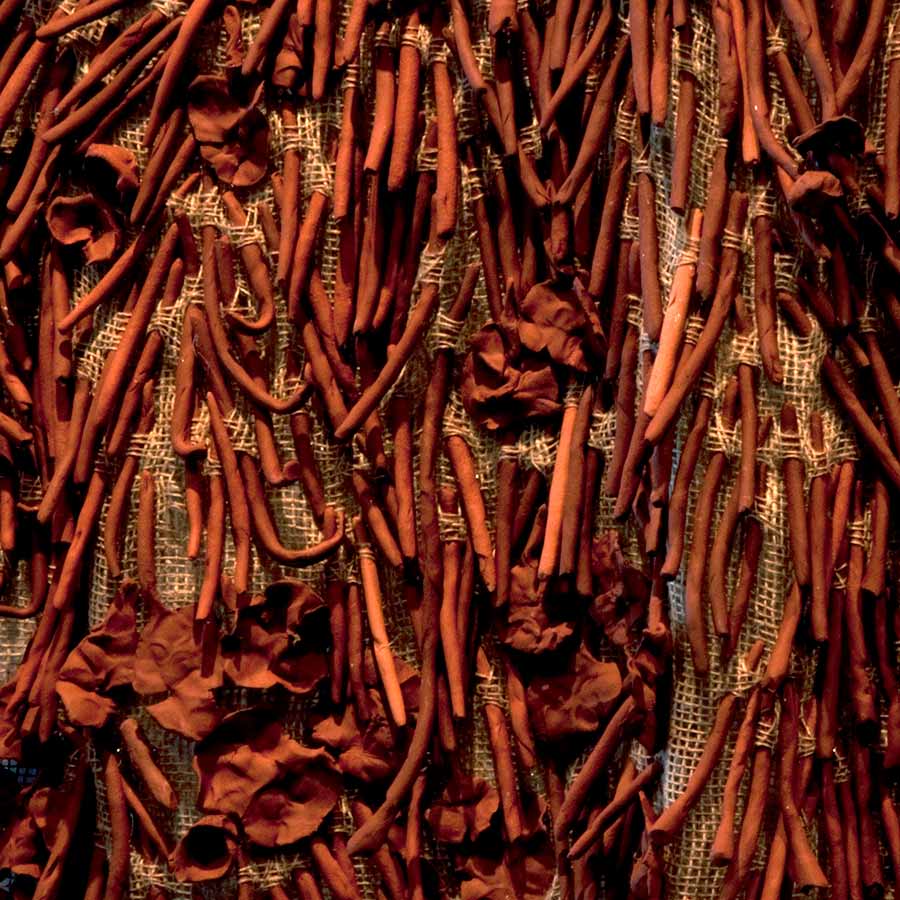 Following the success of her London debut solo show Ulukububa: Infinite Flow in 2008, Okore continues to employ ordinary media like magazine and newspaper to highlight consumerism and excessive wastefulness in today’s society.

Along with the continued exploration of these themes in her work, Okore is also inspired by the concept of growth and metamorphosis.

‘I am fascinated and often surprised by material transformations that result from amassment, layering and multiplicity of smaller parts and units,’ says Okore.  Alluding to commonplace materials such as fabric, Nnenna converts everyday detritus into biomorphic forms that reference organic movements and fluid undulation of expanding surfaces.

Her sculptures explore rich earthly colours, textures and formations often resembling architectural structures and spaces. The application of various repetitive and labour-intensive techniques, like weaving, twisting, sewing, dyeing, waxing and rolling, only serve to further accentuate these elements and other visceral qualities embodied in these works.

Within the genre of urban recyclia, Okore’s creations stand out for their playfulness, sophistication and exquisite beauty.

Nnenna Okore has shown widely throughout the United States and her works were featured in the inaugural exhibition Second Lives: Remixing the Ordinary at the Museum of Arts and Design in New York. She has also exhibited at the Goethe Institut in Lagos and has participated at the Dakar and Johannesburg biennials as well as the prestigious 29th Sao Paulo Biennial.