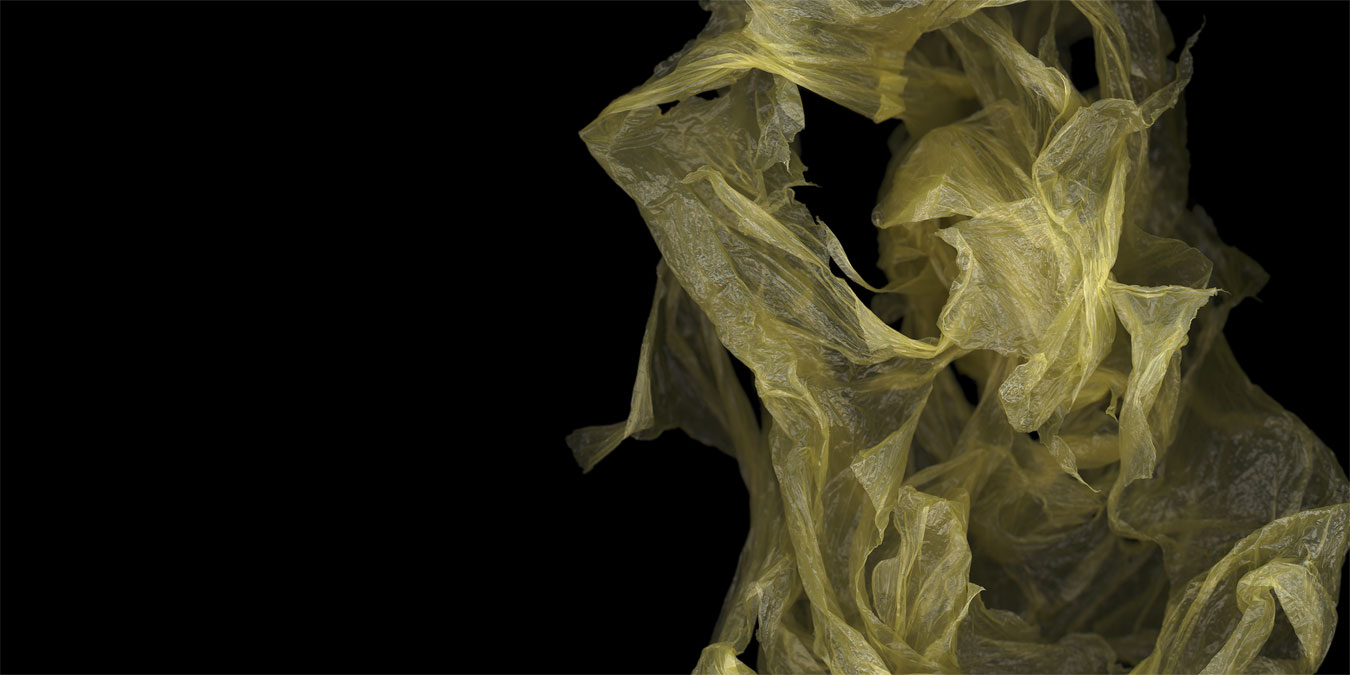 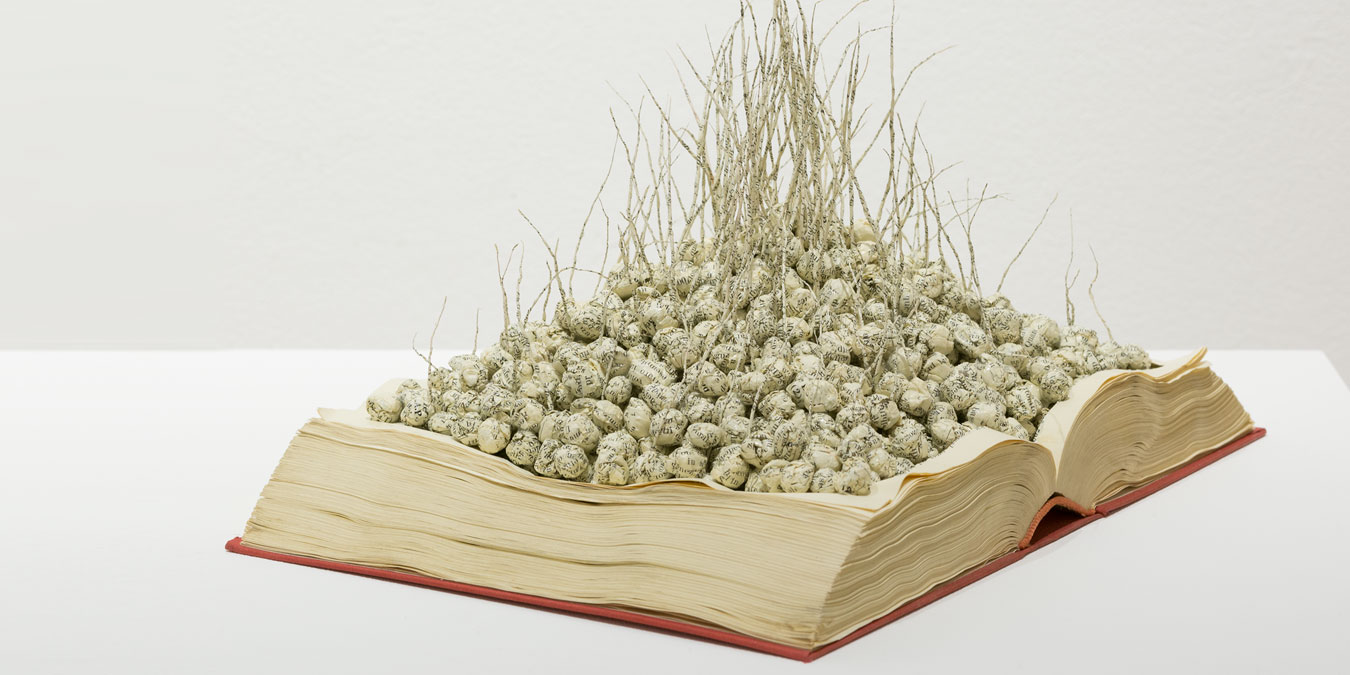 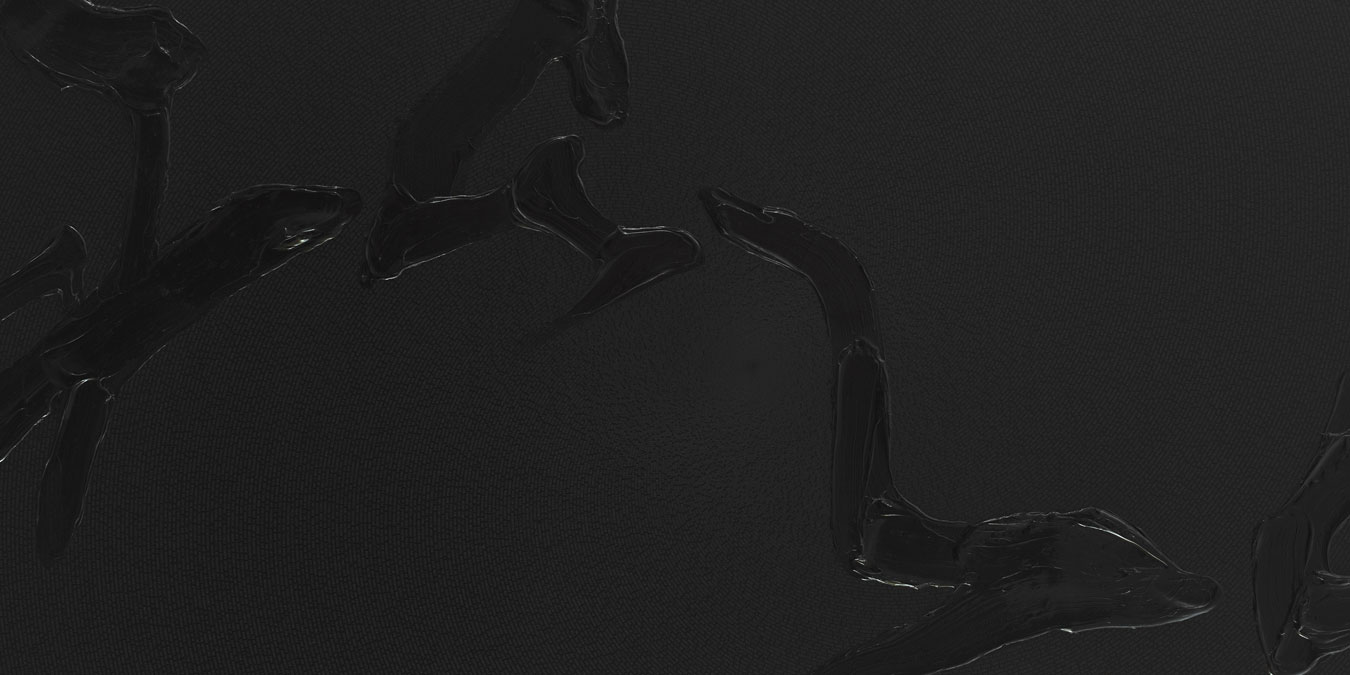 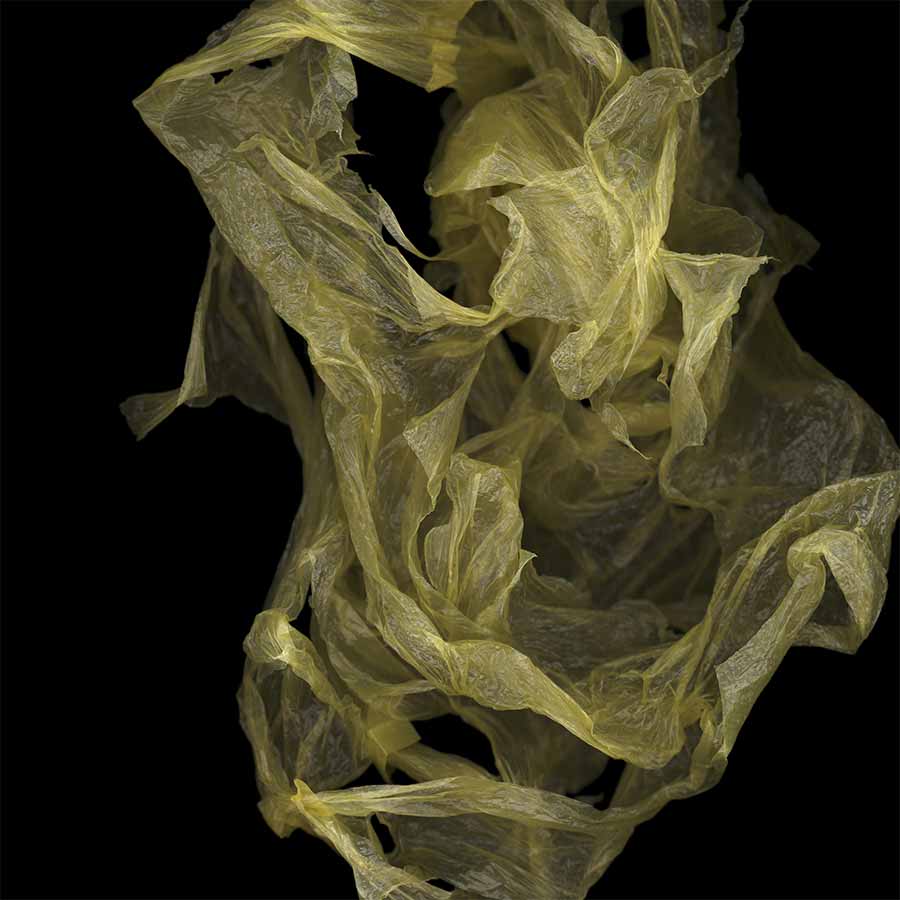 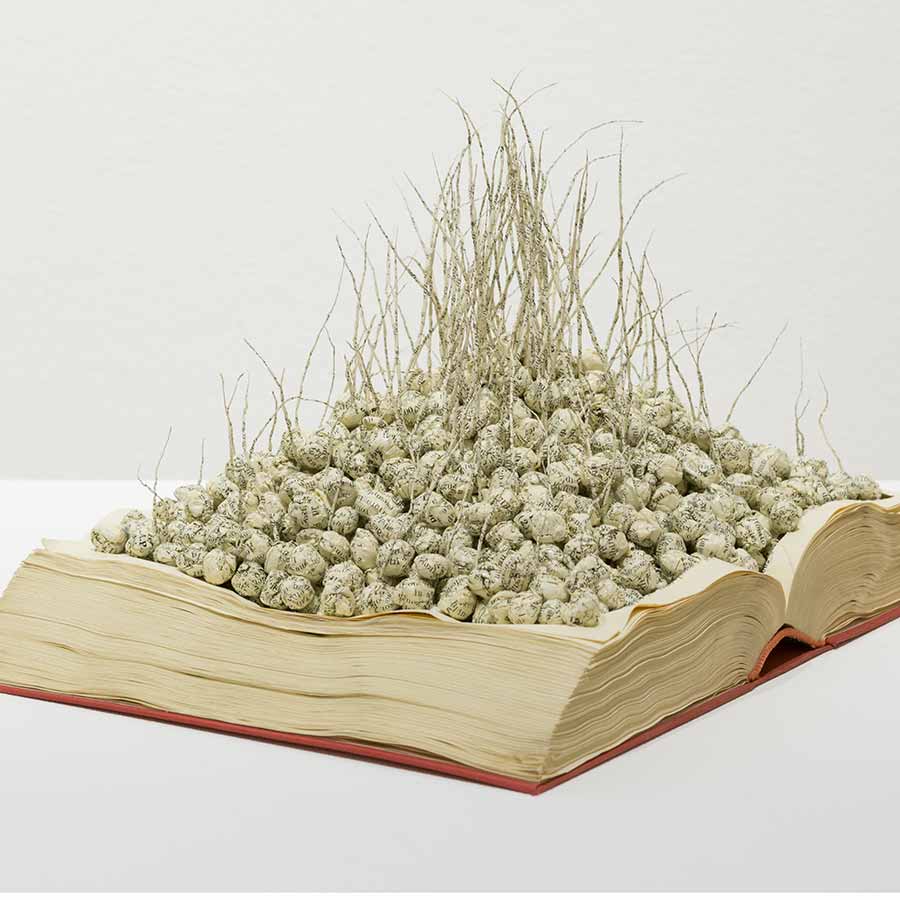 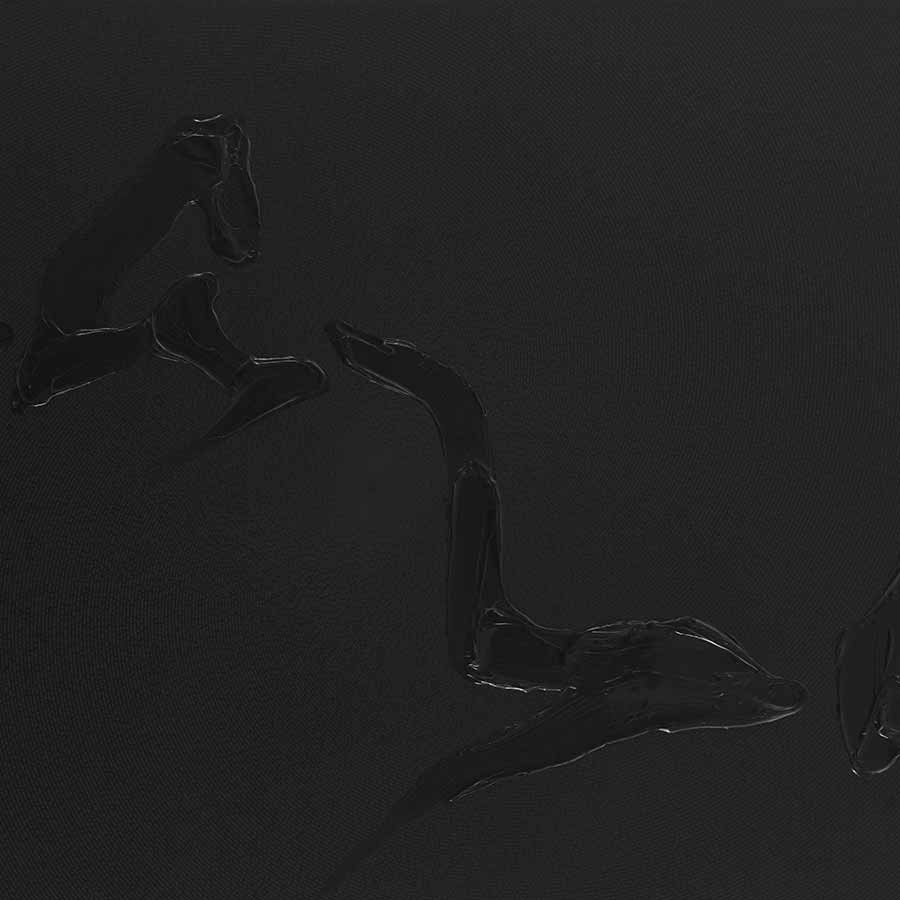 Tian Wei’s large scale colourful paintings, both theoretically and formally, construct a bridge between things that appear as dyadic opposites, binary poles or complementary pairs through his inclusion of text. On trying to read Wei’s words as Chinese characters the viewer soon realises the flowing shapes can only be resolved in English. The lines spell out simple English nouns and adjectives such as ‘Light’ and ‘Soul.’ These carefully chosen words give the viewer access to the artist’s lived experience of both Eastern and Western spheres.

Huang Xu, from China, focuses on a singular object, carefully staged to capture its ethereal beauty as opposed to its meaning within contemporary culture. In his Fragments series he creates large-scale C-prints that explore the fragile nature of the contemporary global economy.  The tattered remains of abandoned plastic bags are digitally remodelled, using 3-D scanners, to produce images of haunting luminosity.

Through painting, Nepalese artist Govinda Sah ‘Azad’ effortlessly balances traditional eastern metaphysical insights about the nature of reality with visual realisations that are in accord with the latest formulations of contemporary western science, Sah imagines a cosmos of boundless possibilities. A painter of tempestuous skies and cosmic explosions, Sah is drawn towards the unknown.

Kenji Yoshida (1924-2009) was born in Ikeda City (part of present-day Osaka), Yoshida first studied art under Kiyoshi Hayashi Sensei before the outbreak of WWII. Selected for training as a kamikaze pilot, Yoshida was extremely lucky to survive his teens. It was under the weight of many such memories, that Yoshida returned to his art. From that point onwards the majority of Yoshida’s work carried the single, most telling of all titles, Sei-Mei - La Vie - Life. Yoshida’s monumental works consist of ethereal gold, silver and precious metals on canvas which unite a restrained tradition of Japanese appliqué work with that of an abstract modernist aesthetic.

In the exhibited works Chinese artist Xu Zhongmin, uses the traditional technique of wood-block printing with delicately incised lines chiselled in to 'pear wood' blocks. These lines trace complicated networks of forms whose sinuous appearance belies the fact that they are composed entirely of meticulously straight incisions. The lines bring to life a series of towering city-scapes, stylised and distorted, but stamped with a range of individual atmospheres passing from bustling movement to quiet serenity.