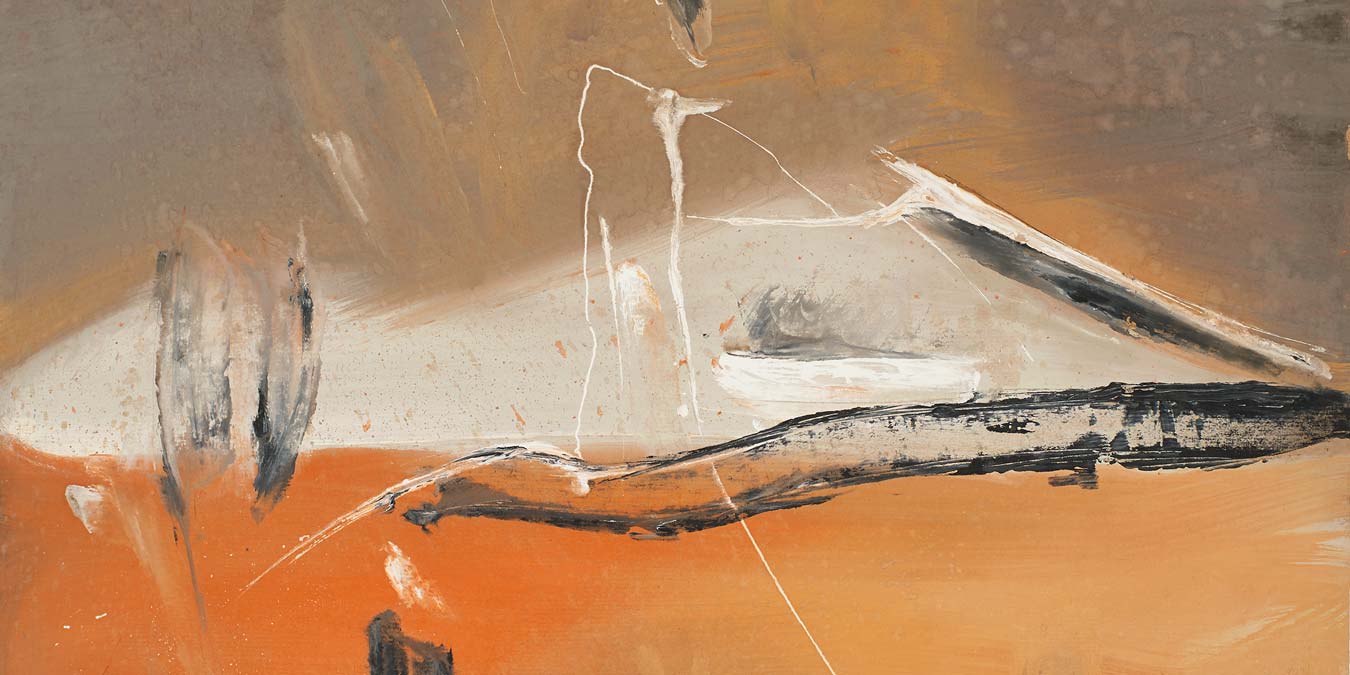 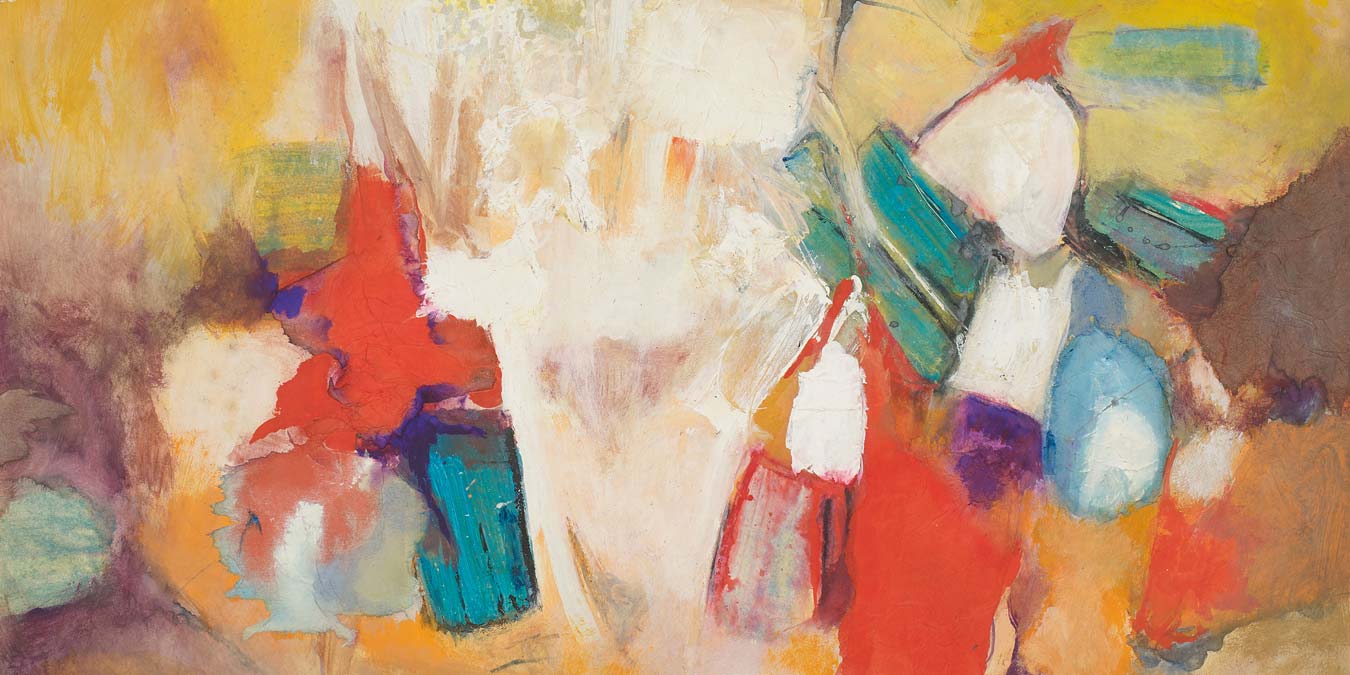 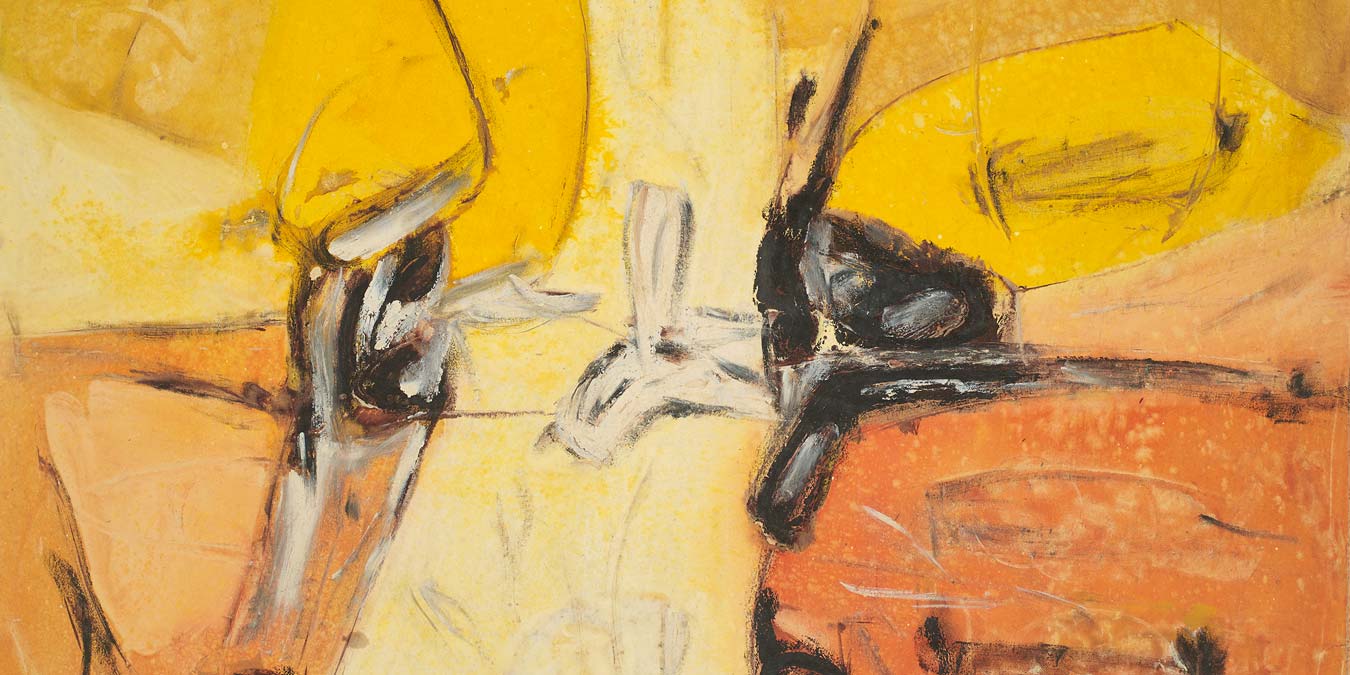 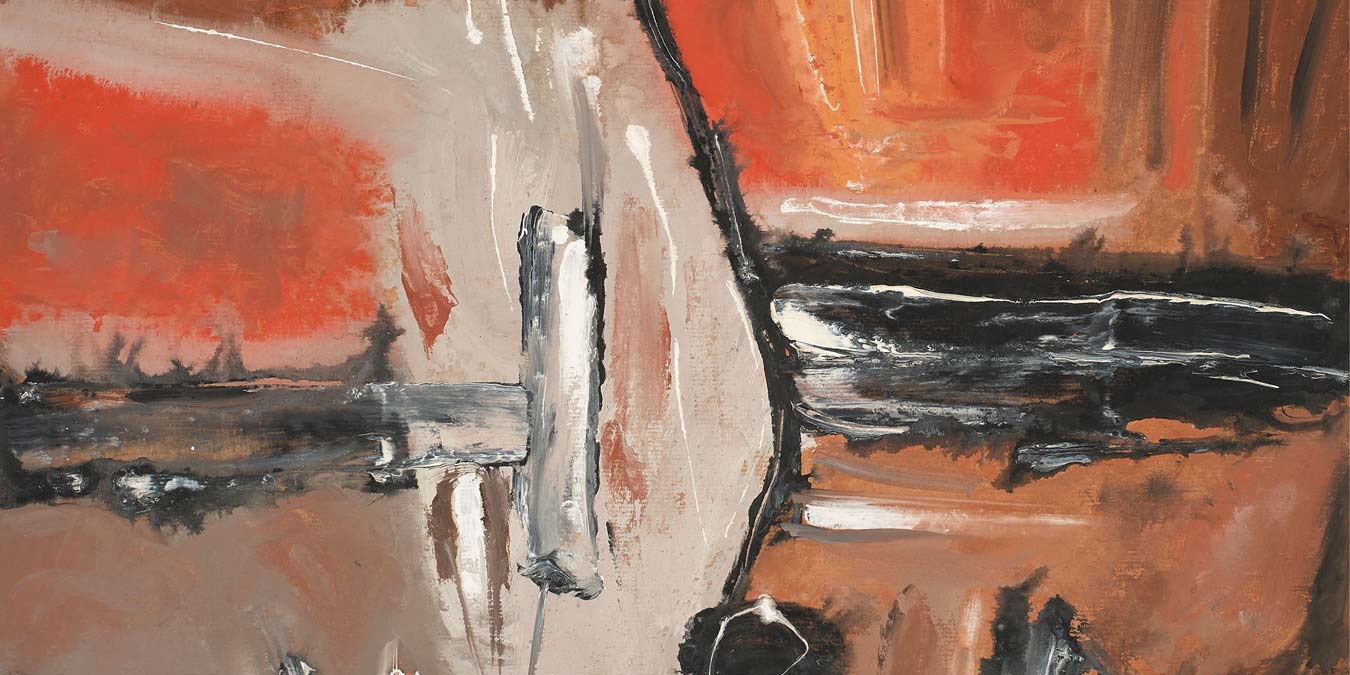 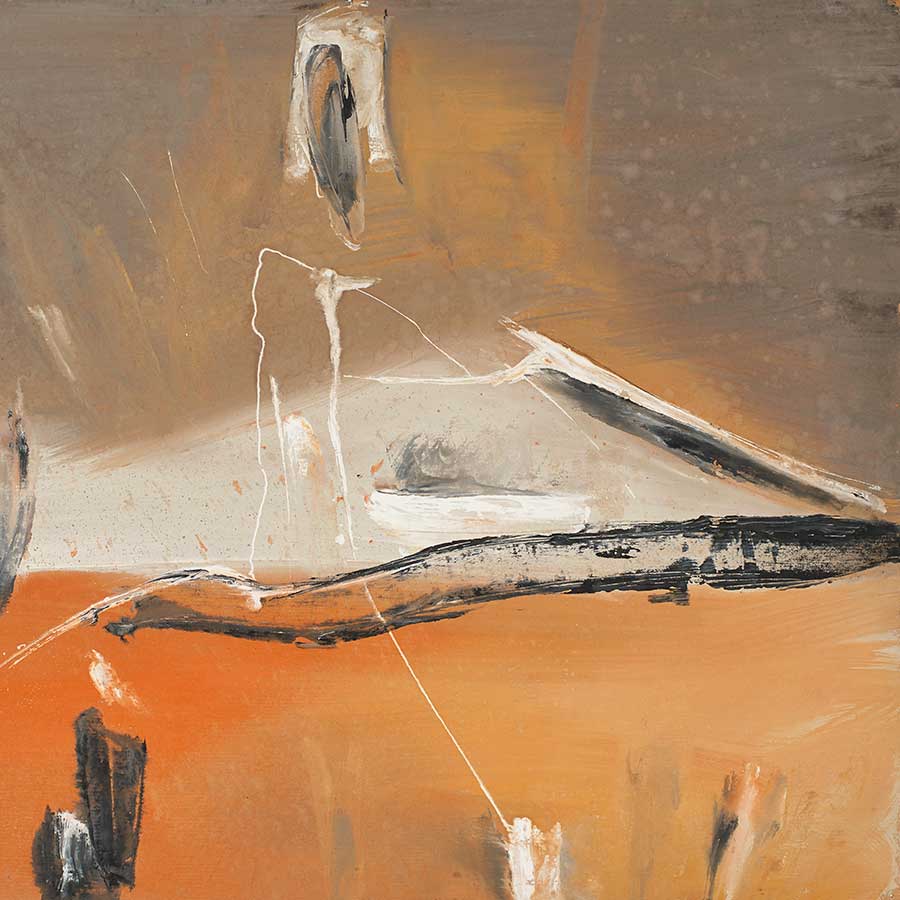 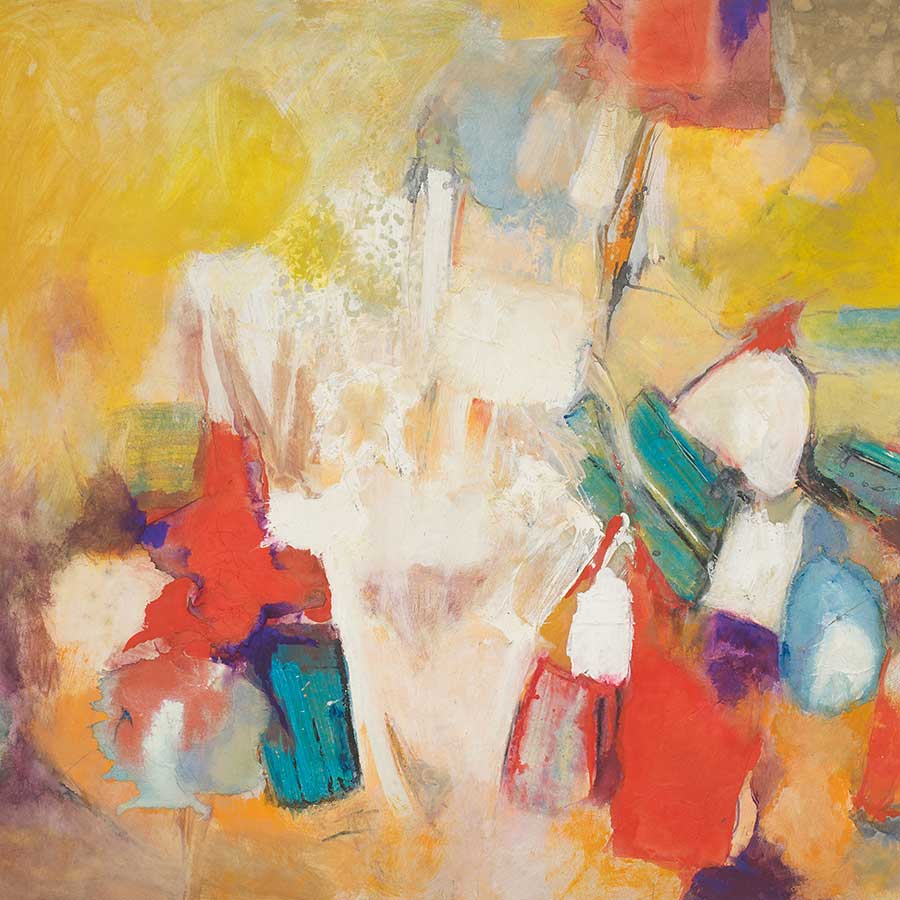 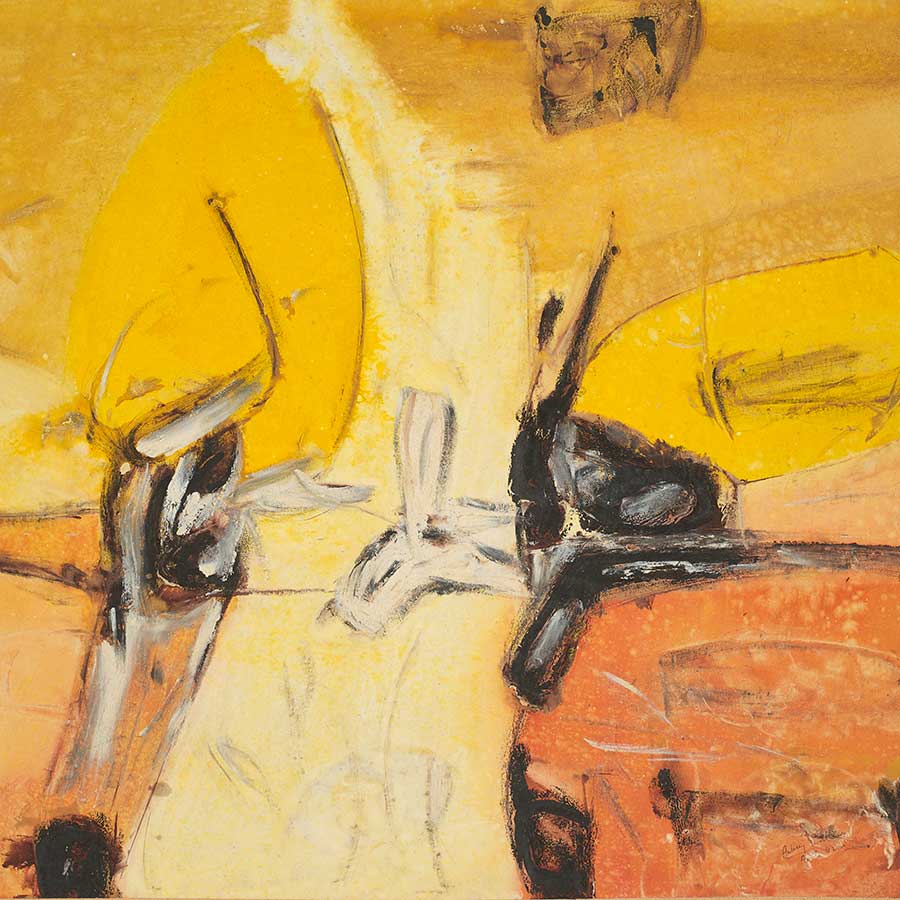 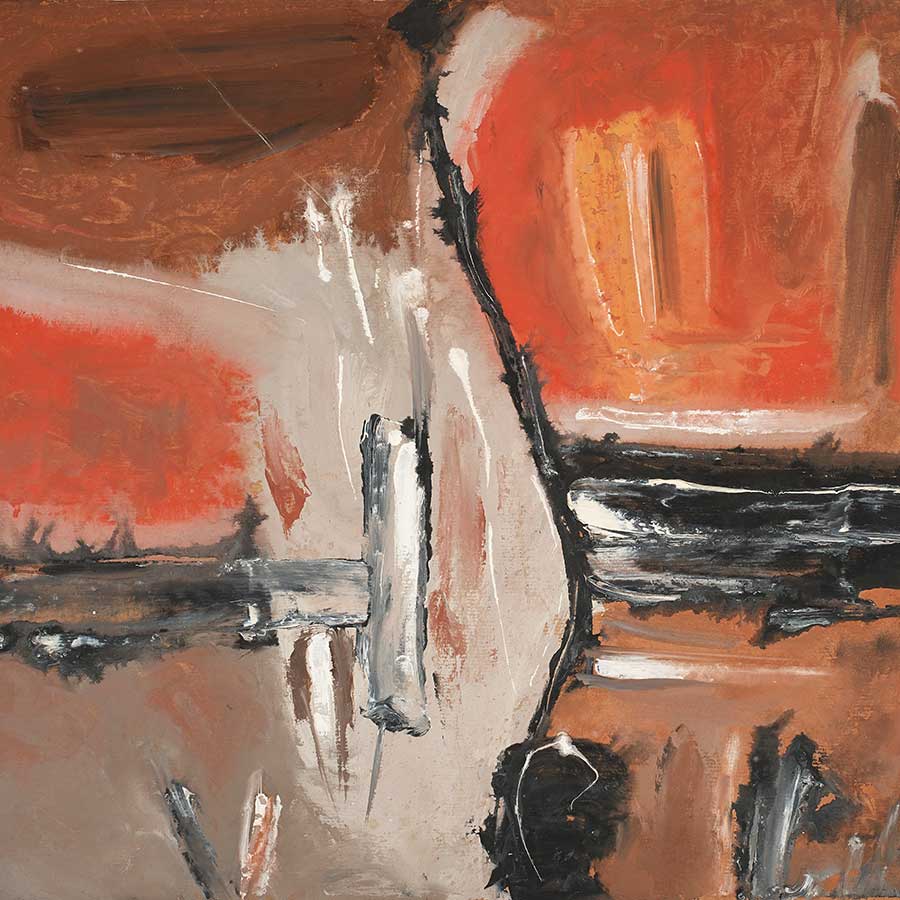 The work of Aubrey Williams has been increasingly recognised as a uniquely evolved expression of abstraction in Caribbean art. The exhibition Life Between Islands: Caribbean-British Art 1950s – Now at TATE Britain - which opened in 2021 - has made Williams a focal point, juxtaposing seminal paintings alongside less familiar pieces. October Gallery presents Sunphase: Works on Paper, an exhibition of works by Aubrey Williams which will run from 17th March – 30th April 2022.

Having represented Williams for almost forty years, October Gallery builds upon the artist’s recent exposure by presenting a range of his works on paper complimented by a small selection of paintings on canvas. Williams’ paper works have not been exhibited as frequently as some of his more monumental canvases, but the works on paper provide a unique opportunity to view the ways in which the artist developed his ideas and techniques through a different medium. It is evident that these approaches translated to his large-scale canvases. The works that feature in this exhibition span the artist’s career, from early gouaches in the 1960s—many of which have never been publicly shown—to several of his final evocative acrylics on paper. As well as showcasing Williams’ exploration of techniques, this exhibition highlights his development of artistic consciousness, and how he connected hand to mind with lyrical painterly effect. The variation from monochromatic works to those which burst with colour convey Williams’ commitment to exploring his internal visions of the world around him. Williams frequently blends representational elements into his abstract work, uniting a spectrum of visual and cultural references ranging from cosmology and ecology to pre-Columbian iconography and music.

Williams’ work is testament to a fundamental belief that the avant-garde existed beyond cultural borders. The artist’s works indicate a wide variety of influences, in particular the explosion of artistic experimentation, such as that of 1930s Paris, including Pablo Picasso, who notably drew on African art, and Wifredo Lam, who references African art motifs and Afro-Caribbean culture. In addition to these, Williams’ gouache paintings display the influence of Arshile Gorky, a precursor of abstract expressionism. The artist’s body of works also clearly draws on influences from the American abstract expressionists of the 1950s.

The interplay between abstract painting and rich figurations in the works reveals how, for Williams, art need not belong to one genre. The multiplicity of Williams’ work demands complex interpretations, which is perhaps why, during his lifetime, he left critics confounded.

Exhibiting Williams’ work in the 21st century encourages an examination of British art history under a new lens. Today, Williams’ modernist oeuvre is being reborn into a world now ready for his art, and, in turn, a provocative new dialogue is opening up around his work.
View Artist Page
Related Items From Our Store