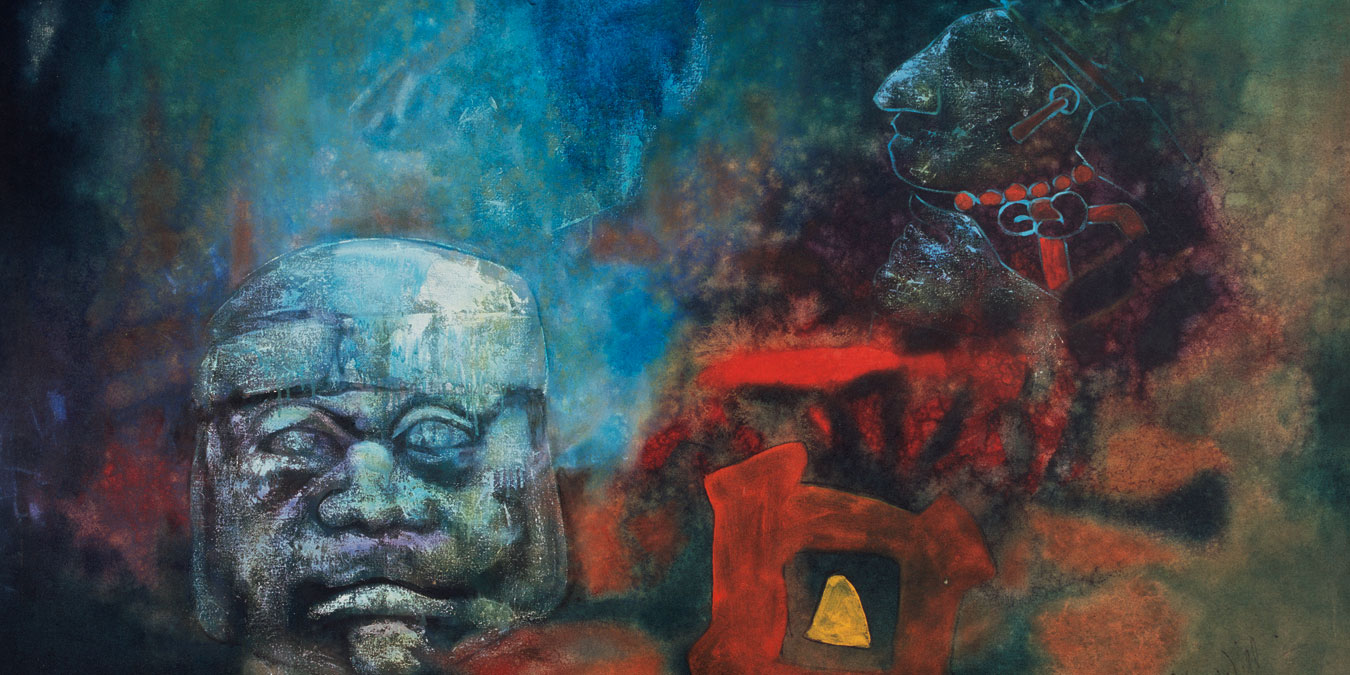 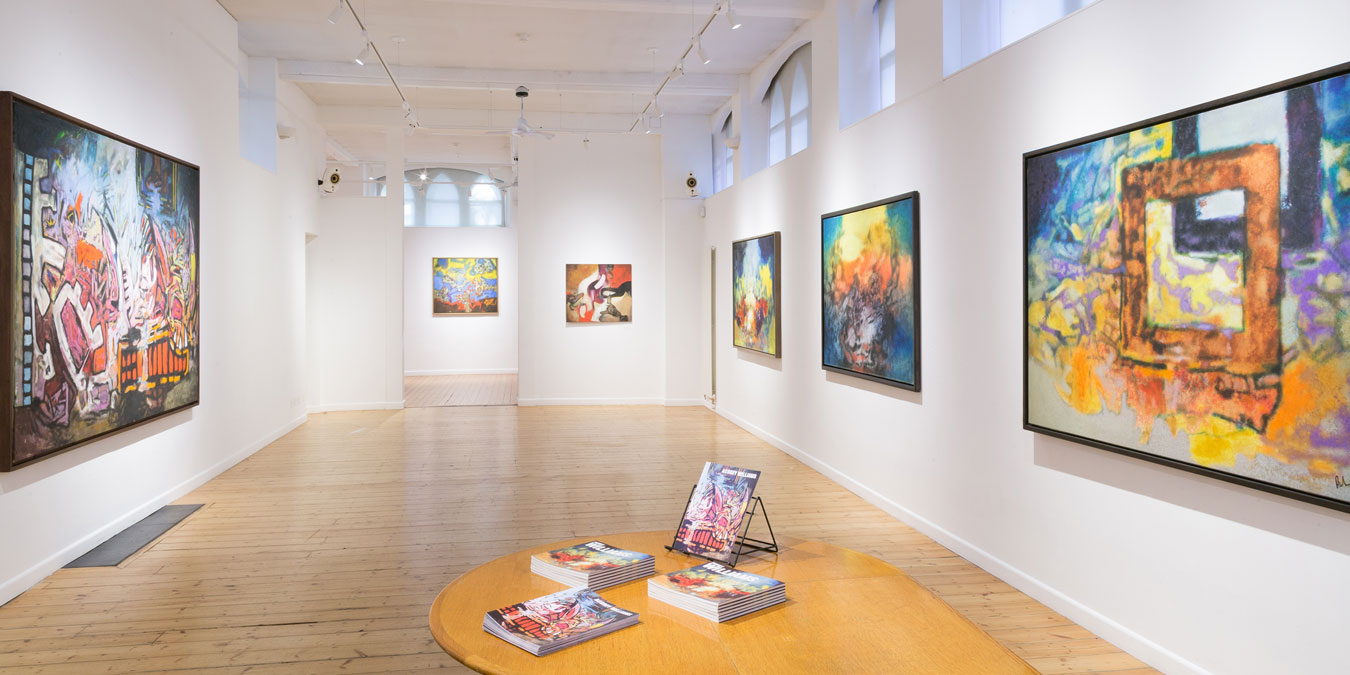 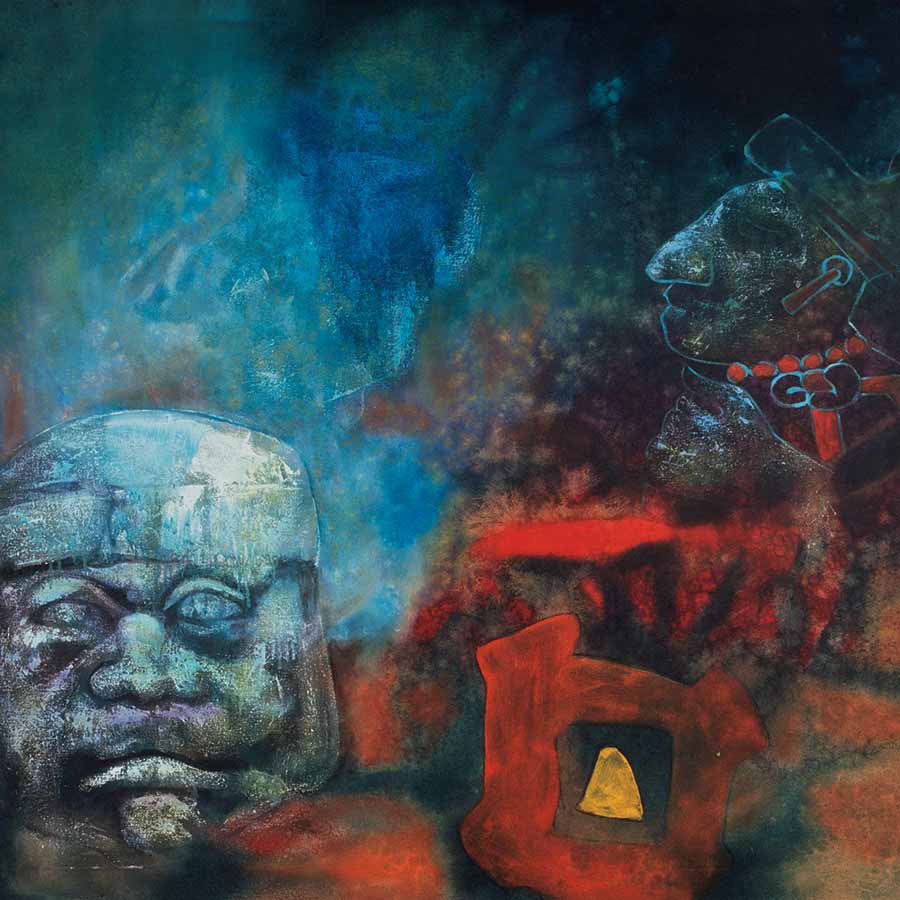 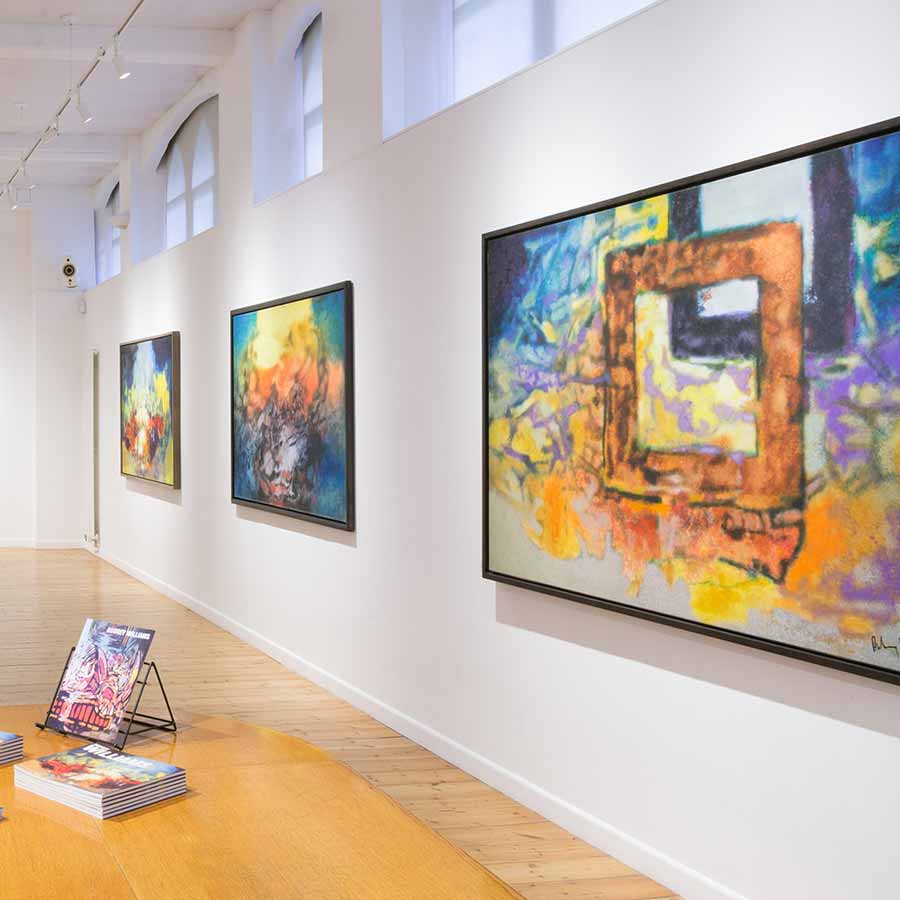 Born in Guyana in 1926, Aubrey Williams’ life and art cannot be defined to one location. Williams’ oeuvre not only crosses borders between abstract and figurative but also between physical and cultural geographies.

Whilst still at school, displaying a natural propensity for drawing, Williams joined the Working People’s Art Class - Guyana’s first formal art institution – studying under E R Burrowes. Williams later trained as an agronomist, his work taking him to the rainforest interior of Guyana, where he lived for two years amongst the indigenous Warrau people, a period which proved one of the most formative of his life and where, he said, ‘I started to understand what art really is.’

Williams arrived in London in 1952, and travelled extensively around Britain and Europe to examine first-hand the works of modernist painters that he had admired since he began painting in his youth. In his early days in London, Williams became aware of American Abstract Impressionism following two MOMA exhibitions at the Tate, in 1956 and in 1959. Works by artists such as Pollock, Gorky and Rothko excited Williams. Their explorations of technique, colour and scale were all aspects that he absorbed into his own richly allusive abstractions.

By the 1960s, Williams was part of the catalytic creativity injected into London by Caribbean intellectuals who were re-shaping the capital.
In 1966, out of a necessity to create a forum for artists from the Caribbean, poet and historian Edward Kamau Brathwaite founded the Caribbean Artists Movement (CAM). John La Rose, Andrew Salkey, and Aubrey Williams were all founding members. The group formed at a time when Williams later said he was ‘[feeling] terribly isolated, mentally and intellectually’. The founding members of CAM would show and discuss their works in informal meetings and at members’ homes. In September that year, Williams participated in CAM’s first conference, held at the University of Kent, Canterbury. Here, he presented his paper, The Predicament of the Artist in the Caribbean.

The early 1980s witnessed Williams’ tour de force: two astonishing series, both of large-scale paintings. Williams worked on around thirty paintings expressing his life-long passion for the music of Dimitri Shostakovich. In the other series, also comprising some thirty works and entitled The Olmec-Maya and Now (1981-1984), Williams drew on his deep knowledge of historic Mesoamerican cultures, which he merged with abstraction and figuration.

From the 1980s until his death in 1990, Williams spent extended periods working in studios he had established in Jamaica and Florida. In 1993, Tate Britain acquired Shostakovich Symphony No 3, Opus 20 (1981) and Olmec-Maya, Now and Coming Time (1985); and, in 2011, Death and the Conquistador (1959) and Tribal Mark (1961).
Works by Williams are in the Tate’s permanent collection as well as the collections of the National Gallery of Jamaica, Kingston, Jamaica; National Collection of Guyana, Georgetown, Guyana; Victoria & Albert Museum, London, UK; St Catherine’s College, Oxford, UK; University of Warwick, Coventry, UK; The Arts Council of Great Britain, UK; and the Perez Museum, Miami, Florida, USA.

Exhibiting Williams’ work in the 21st century awakens a new assessment of British art history. During his lifetime, the British establishment seemingly never allowed artists, including Williams, to move beyond the label of a Caribbean artist. Today, Williams’ work still resists classification. Williams’ modernist oeuvre is re-emerging into a world now ready for his art. Exhibitions such as Speech Acts: Reflection - Imagination - Repetition, Manchester Art Gallery, Manchester, UK, 2018/19 - which features the work of Williams - are bringing artists who have remained in institutions’ archives back on to gallery walls to challenge the canon.