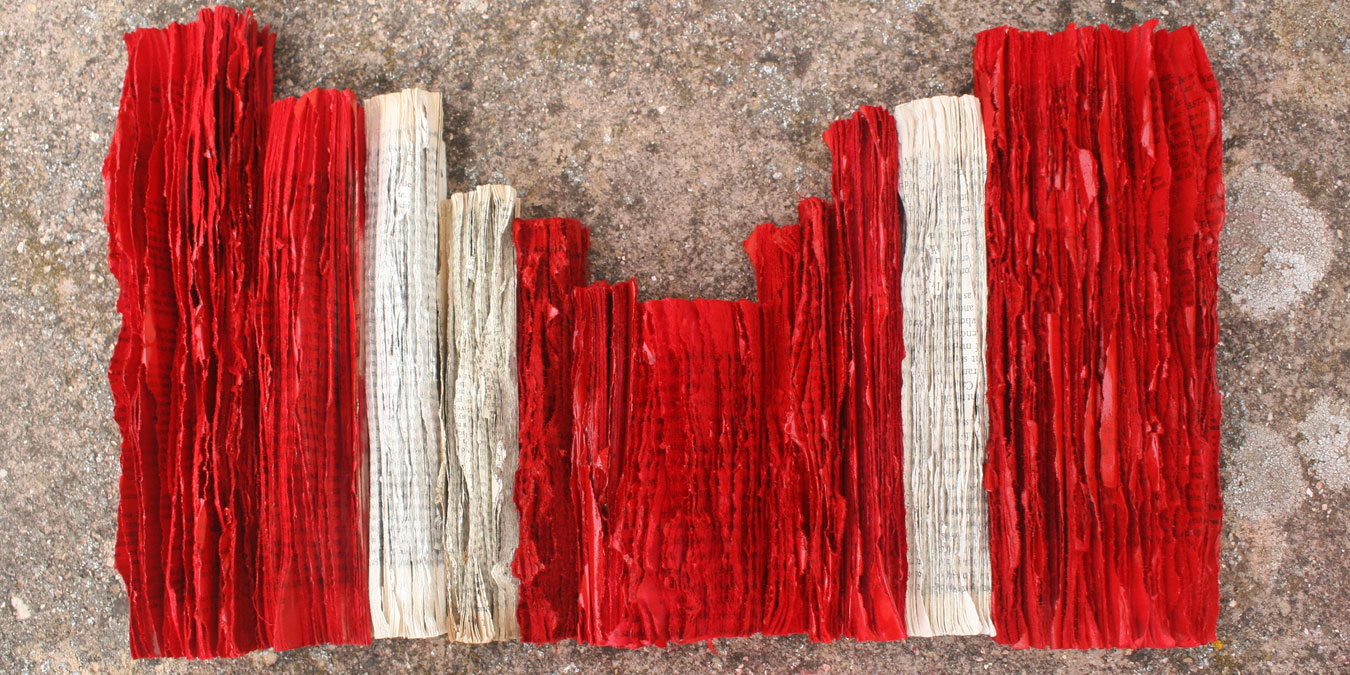 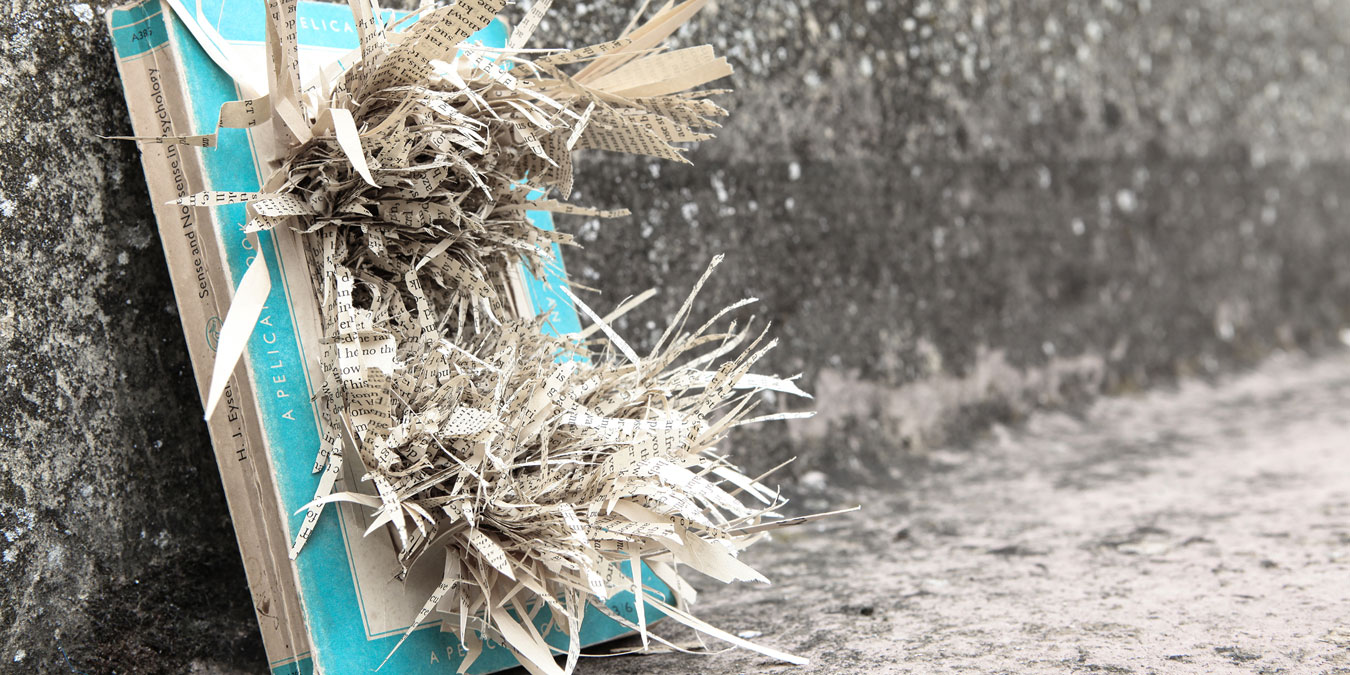 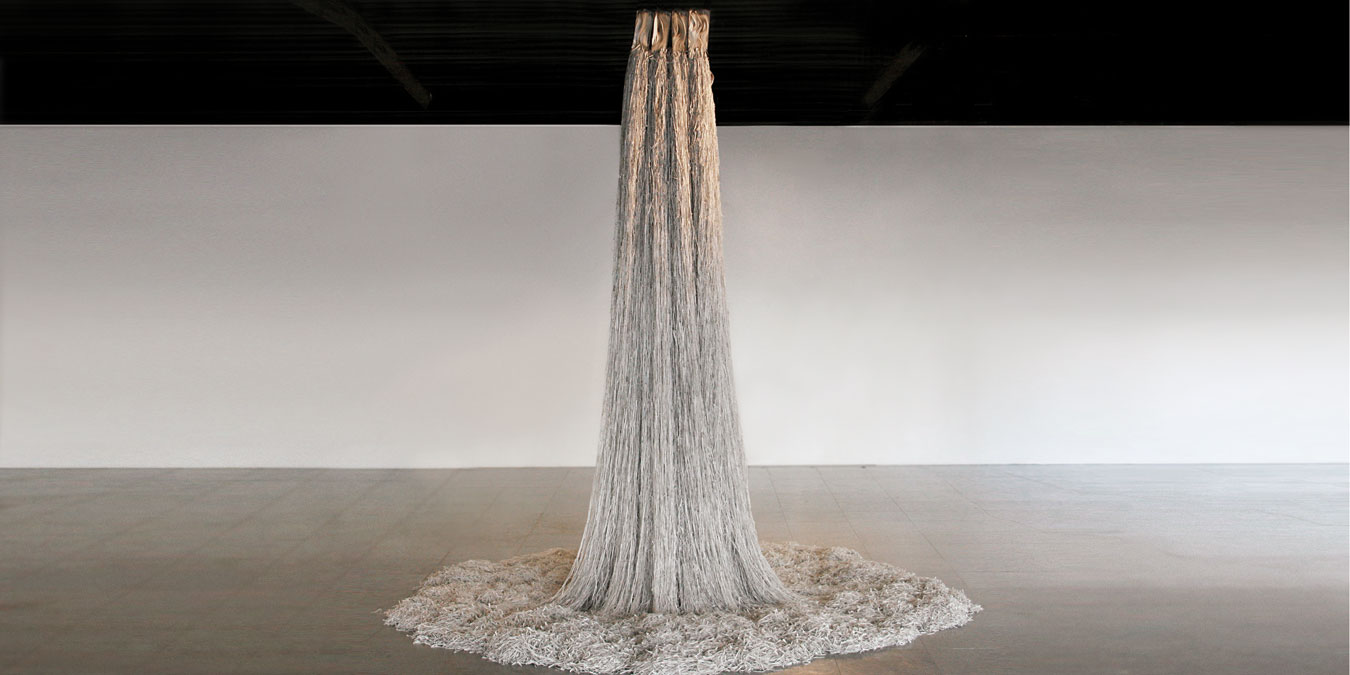 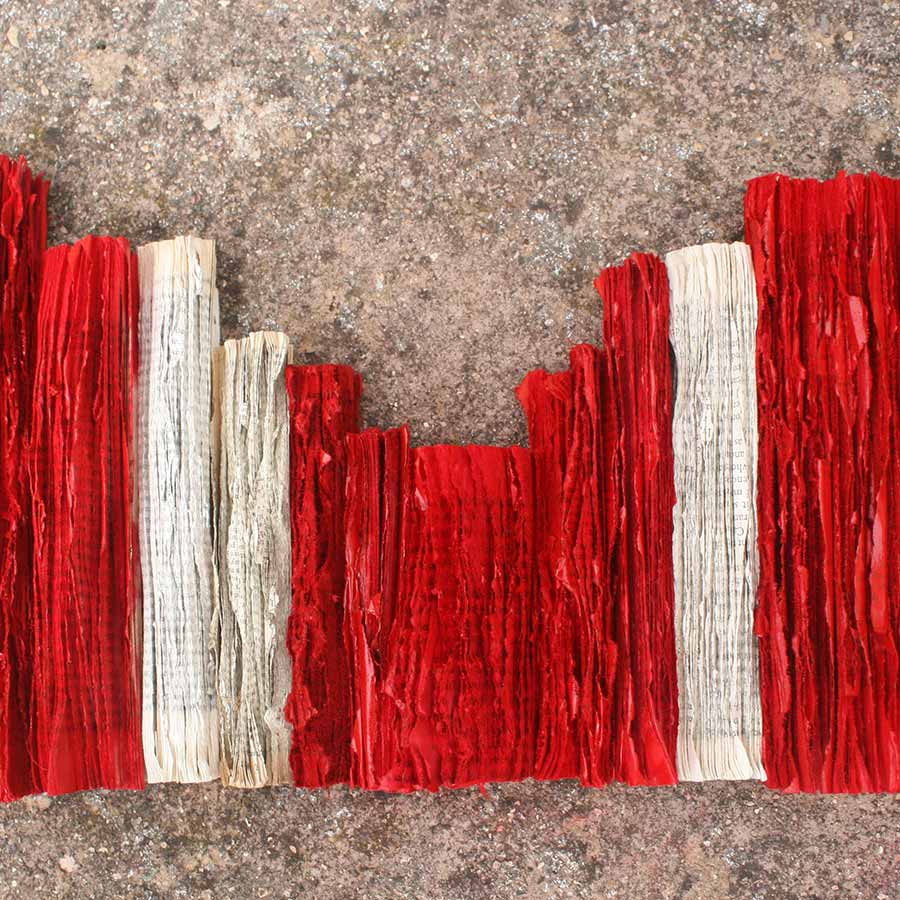 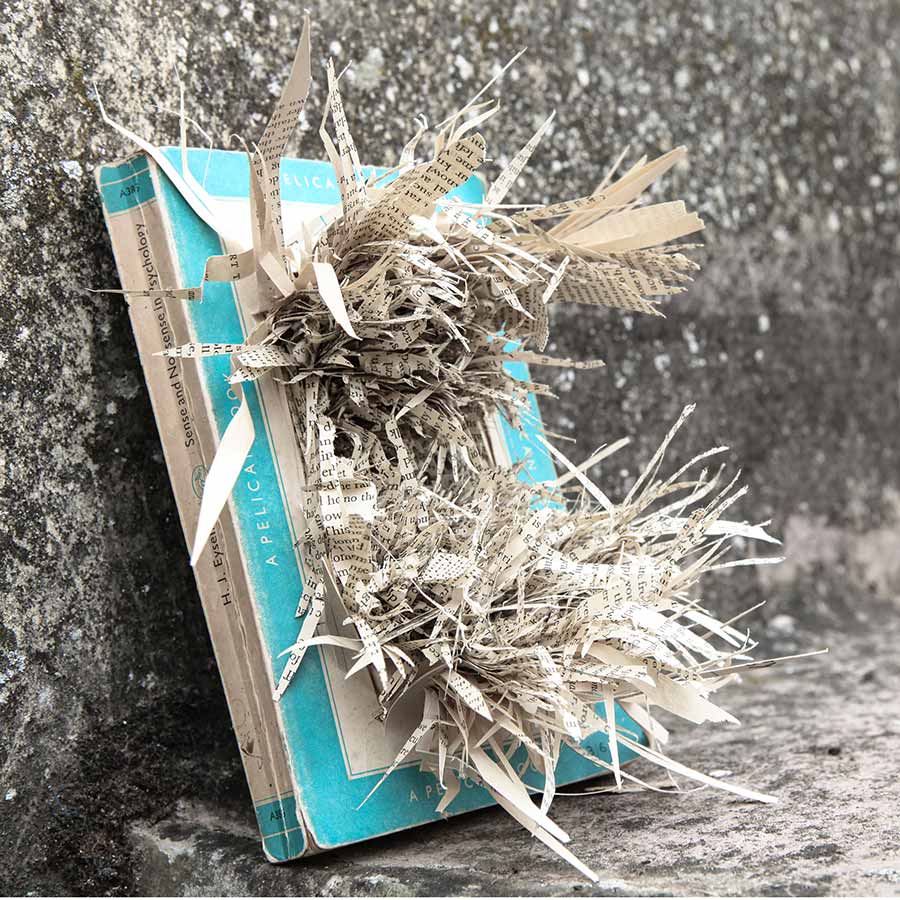 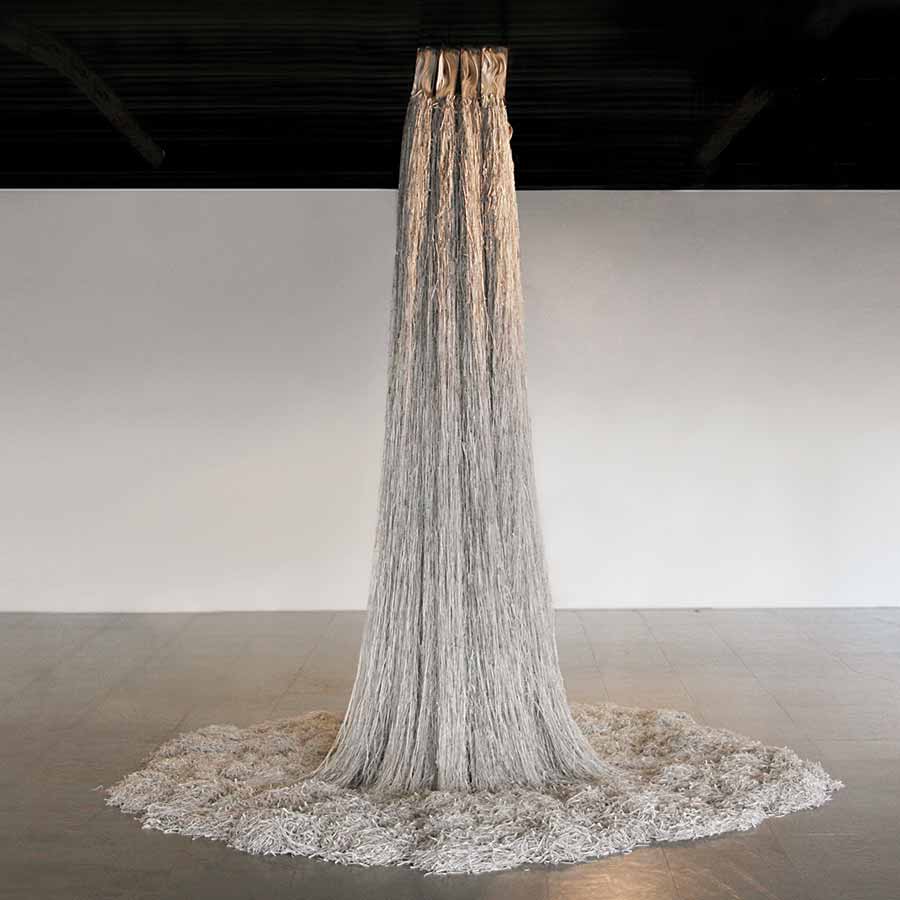 Juhkee Kwon (South Korea) studied Fine Art at Chung-Ang University, Seoul, before obtaining an MA from Camberwell College of Arts, London. She has exhibited internationally, and her work is included in various collections. She now lives and works in Italy.

Kwon creates captivating works, quite literally, from the printed page. Using abandoned and disused books, she shreds the pages by hand to create magnificent ‘book sculptures’. These effervescent sculptures, brimming with energy, flow from their spines in the form of cascading waterfalls. Each book, thus deconstructed, attains to a new existence through this transformational creative process. Much of her work plays with ideas of destruction and re-creation.

Kwon’s cutting and slicing techniques become a performance with each fragile page demanding attention. Although unseen by the viewer, her intricate actions during this process are projected through the complexity of the finished piece. Kwon’s imagination is realised through the adaptable structure of the book which transcends its original purpose. The act of the book’s expansion alludes to a feeling of freedom and movement, mimicking in a sense, her migratory experience. As she cuts each strand, the process becomes a means to travel the tracks of half-held memories and to retrace those first conscious steps towards the creation of a new life.

This exhibition focuses primarily on Kwon’s latest creations. Not only is the book an object brought back to life, Kwon transforms it to become a life derivative of its past and its narrative - the idea of a book retaining an essence of its previous owner, each emanating an individual past.

As Kwon notes, “For me, each book has individual personality and it has narrative and history like a human being.”