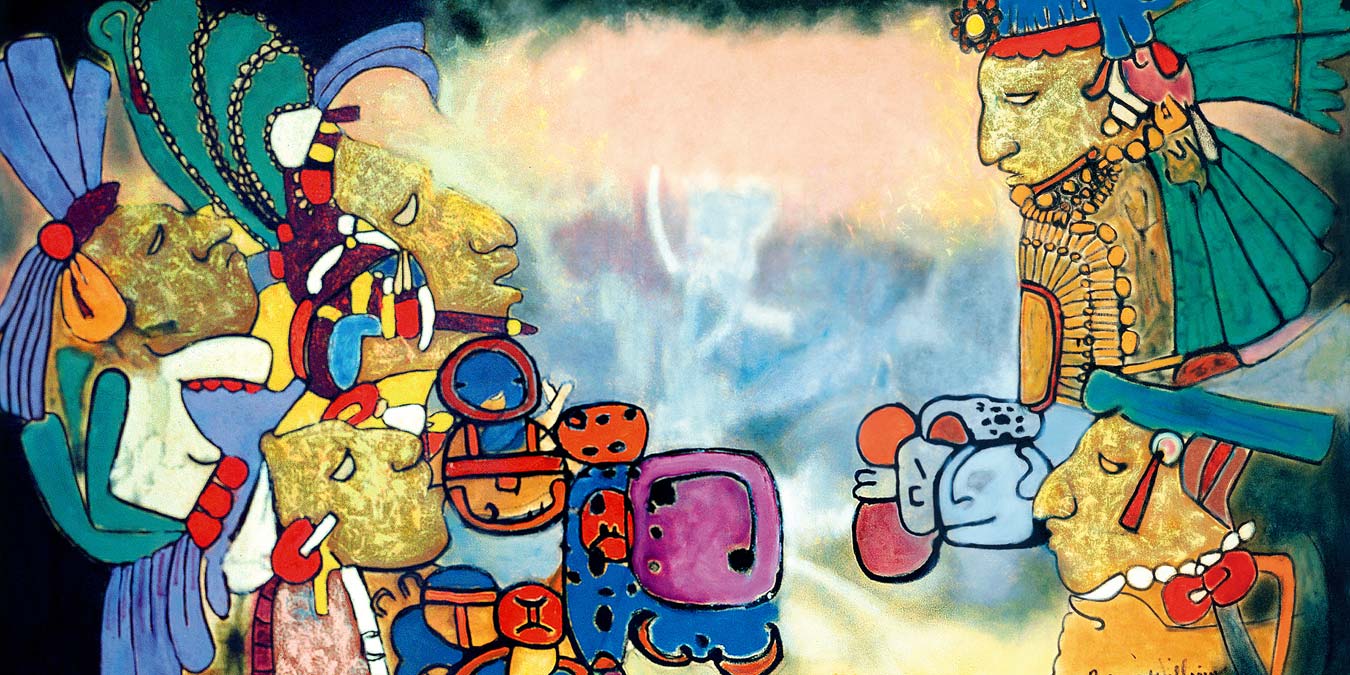 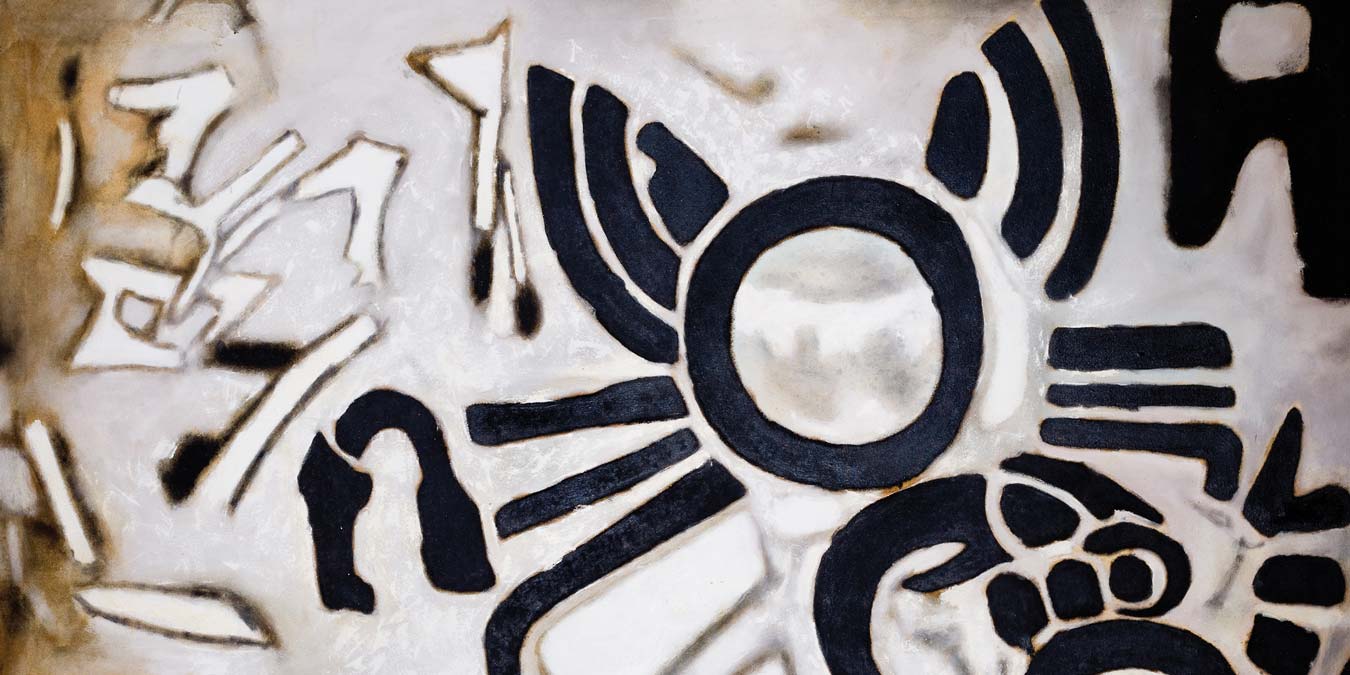 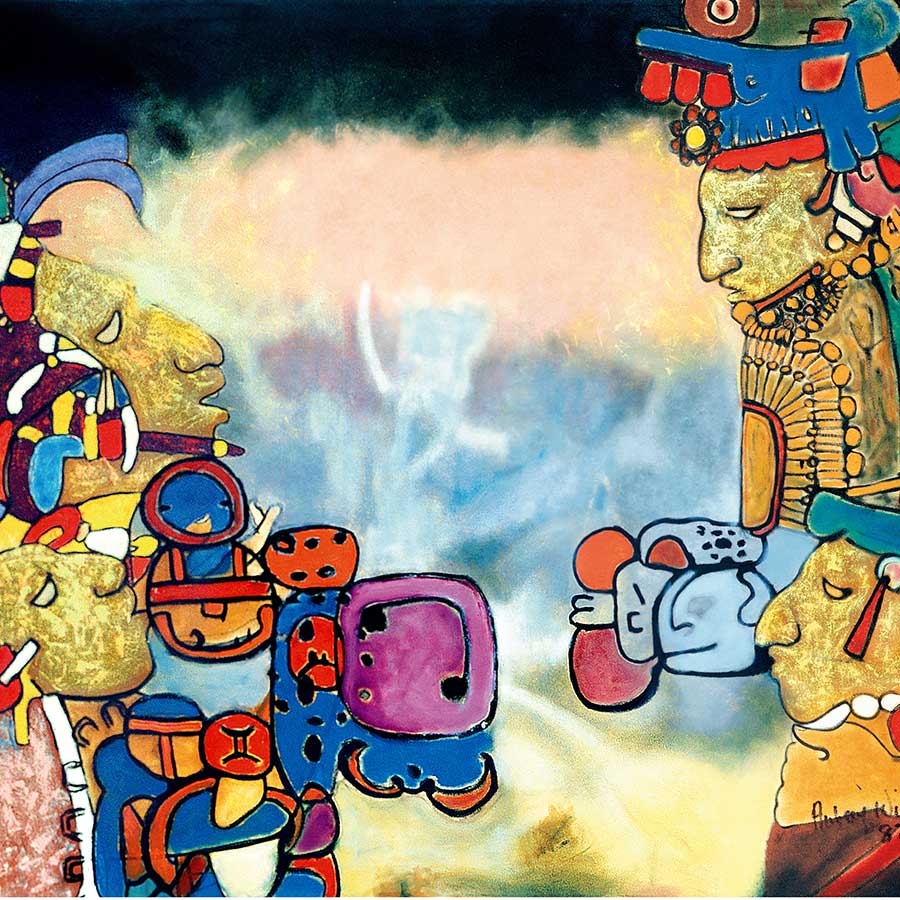 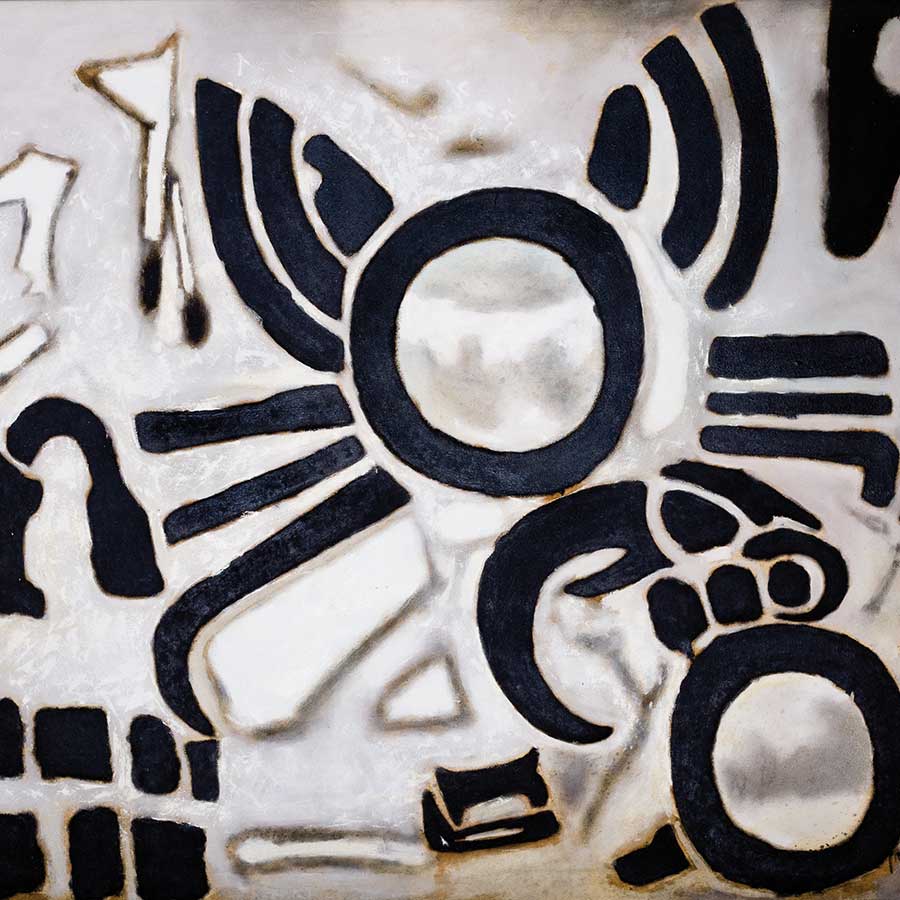 The New Year of 2010 welcomes in two major exhibitions, in two different cities, of the work of one extraordinary international artist: Aubrey Williams. October Gallery, London and Walker Art Gallery, National Museums Liverpool, have joined forces to produce two linked and overlapping solo exhibitions of Williams’ work together with the publication of a new catalogue providing fresh insights into one of the twentieth century’s great artistic spirits.

Born, in 1926, in Georgetown, Guyana, Aubrey Williams remains one of the great enigmas of twentieth-century painting. He can be seen as a colossus, bestriding the Atlantic, with feet firmly planted in two very different worlds. Yet his brilliant career remains unknown to many, unacknowledged by all but the most insightful of art critics and art historians.
Having qualified as an Agricultural Field Officer, Williams was posted to the northwest province of Guyana, where for two years he lived in the jungle among the indigenous Warrau people. It was there that Williams absorbed much that was later to resurface in his painting: a passionate and abiding interest in the environment and an intense belief in art as a vehicle to express his deepest intuitions.

Williams arrived in England in 1952, pursuing formal studies at St. Martin’s School of Art and travelling widely in Europe to study the great painters of the western tradition. By the late 1950s and 1960s, he was winning acclaim in the UK for his abstract canvases. During the 1970s and 1980s, he worked and exhibited regularly overseas, in Jamaica, Guyana and Florida. By the early 1980s, he had completed a series of luminous abstract paintings based on the music of Shostakovich. The subsequent Olmec-Maya series drew deeply on his broad knowledge of historic Central and South American cultures. He broke with the artistic norms of the time by merging representational elements within abstract painting.

Aubrey Williams was a visionary artist far ahead of his time and his work expresses the urgency of his concerns about the destruction of the global ecological balance by far predating our current rudimentary realisation as to the complexity of the problems we face. Speaking of his art’s relevance to “the anxieties and tragedies of our time” in 1978, he said:

I know that the sea is now 38% polluted. We live off the sea, and we can’t now turn the clock back. It’s getting worse every day. Our resources of oxygen are shrinking, and it can’t be reproduced. We have now also punctured the last source of oxygen, which is the South American Selvas [forests] by building that stupid road through the Amazonas. We have done colossal ecological damage… Pollution is beyond our ability to reverse. Cosmic rays’ bombardment is growing and we have no shield against its harmful effects, so leukemia will become like a common cold. We are seeing the terrible catastrophes of man-made diseases. All these anxieties inform my work all the time. My work is only important when people realise these things from it.’

In a post-Copenhagen Summit world, Williams’ concerns remain all the more prescient, considering they were voiced over 30 years ago. These vital concerns inform all of his work from his painterly musings on the destruction of the Mesoamerican Olmec, Maya, and Toltec cultures, to the beautifully depicted visions of the natural world seen in his “Cosmos” canvases – breathtaking pictures of galaxies against the inky darkness of the night skies – and his brilliant portraits of birds, some of which are on the brink of extinction.