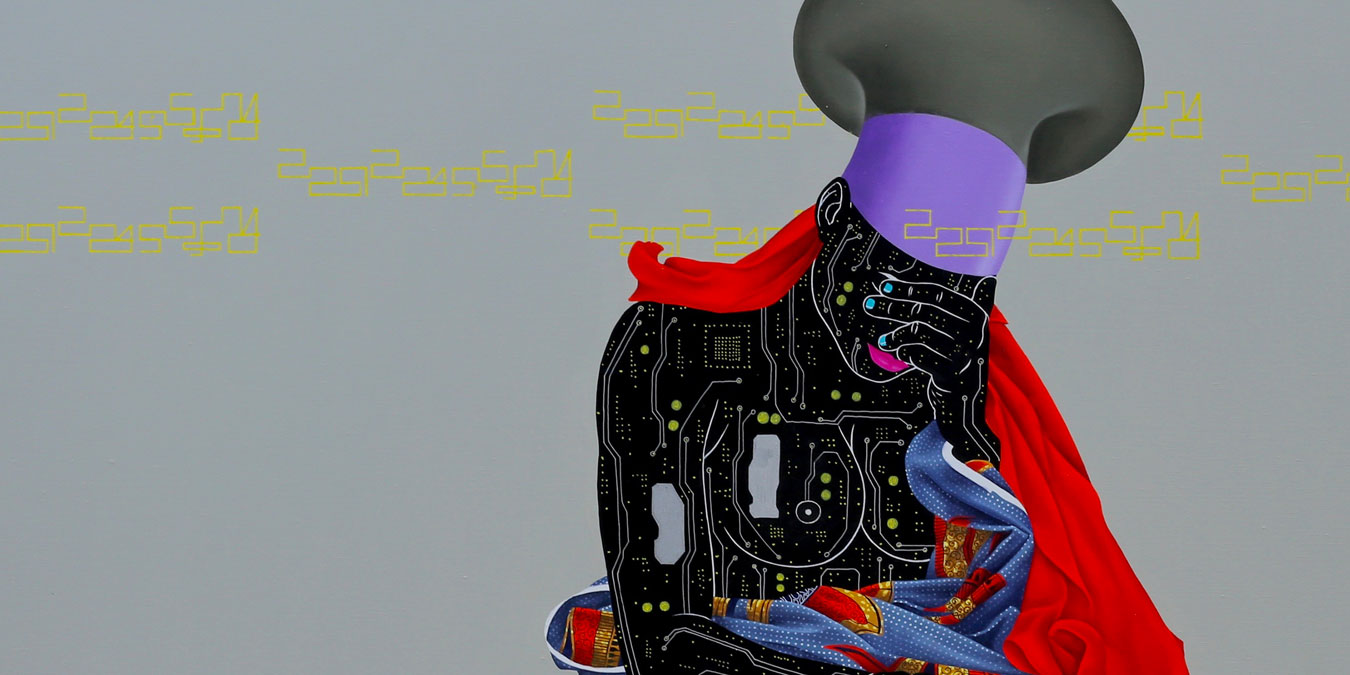 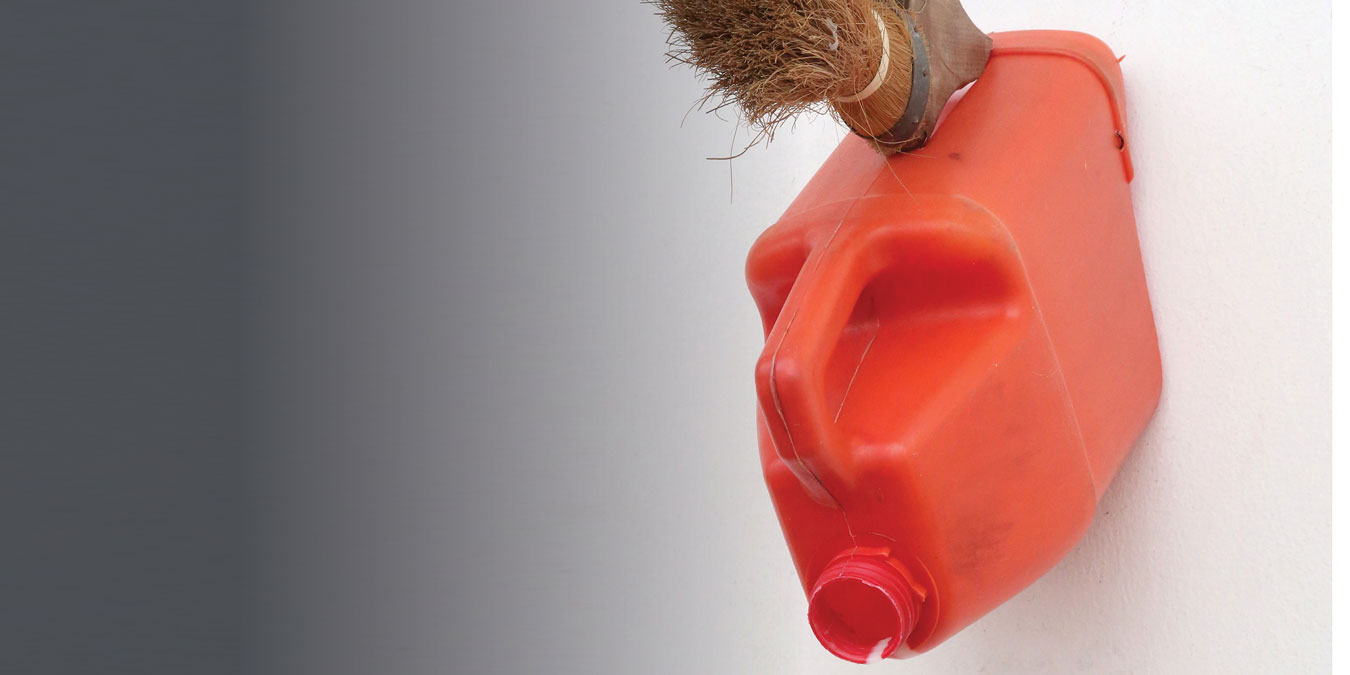 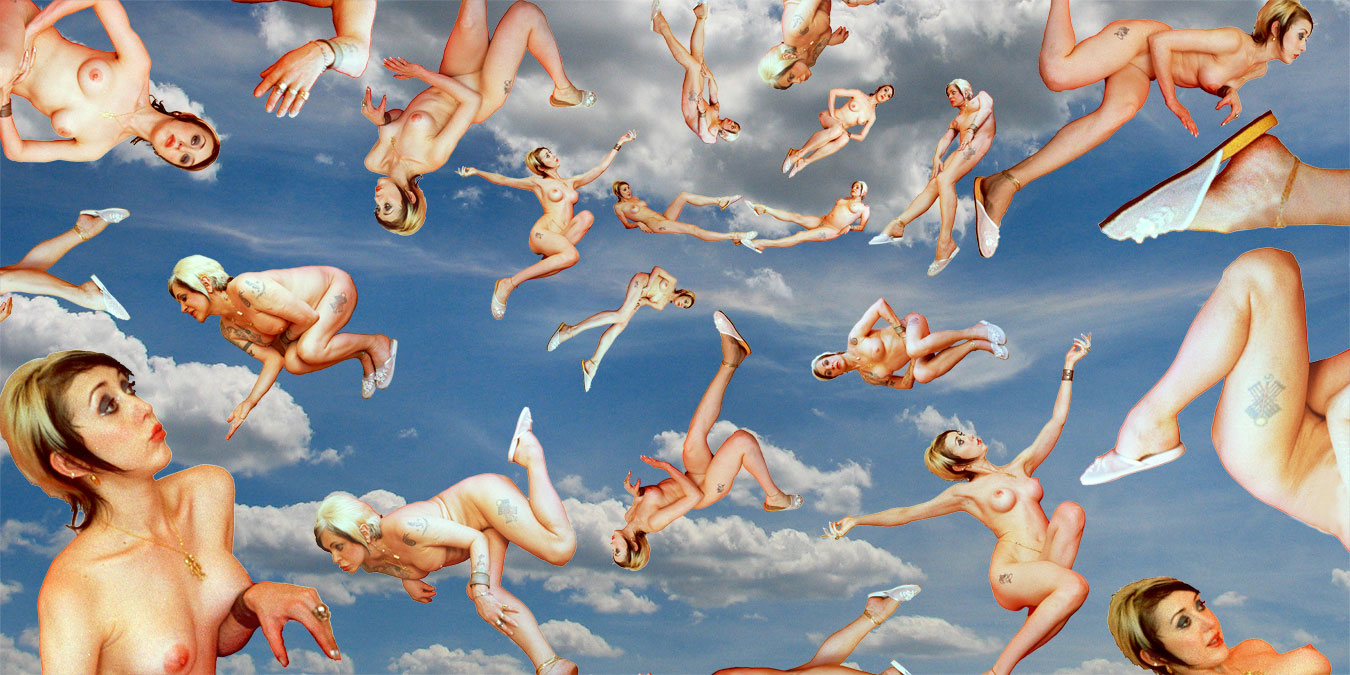 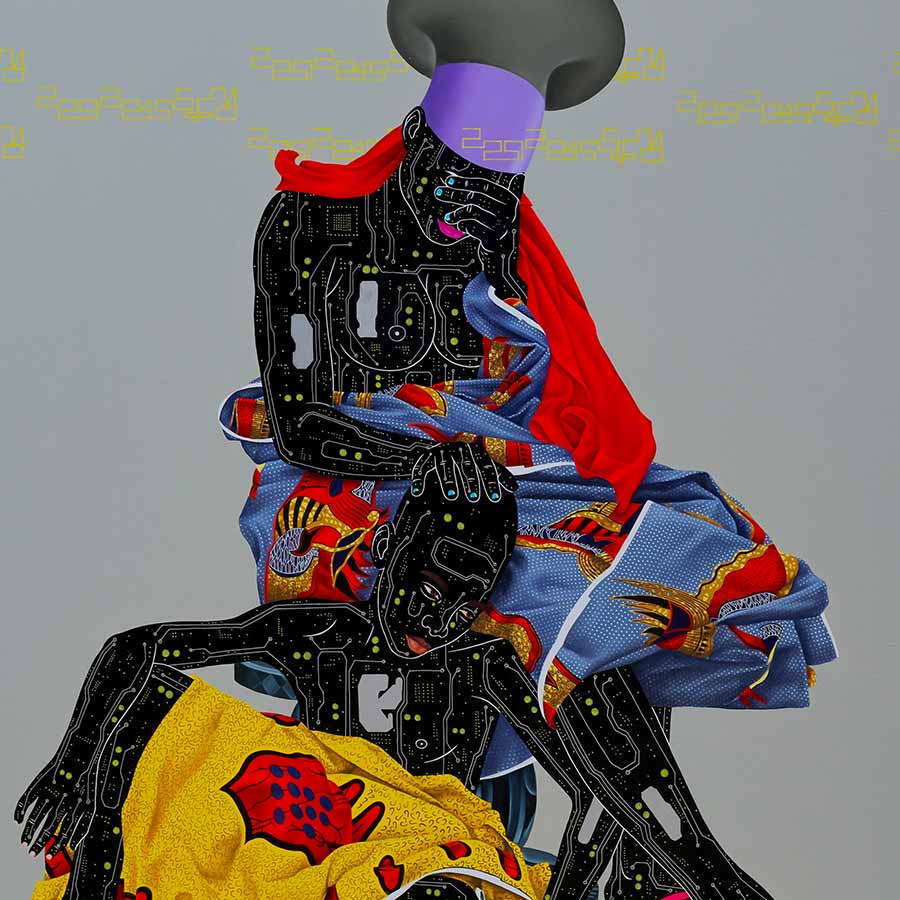 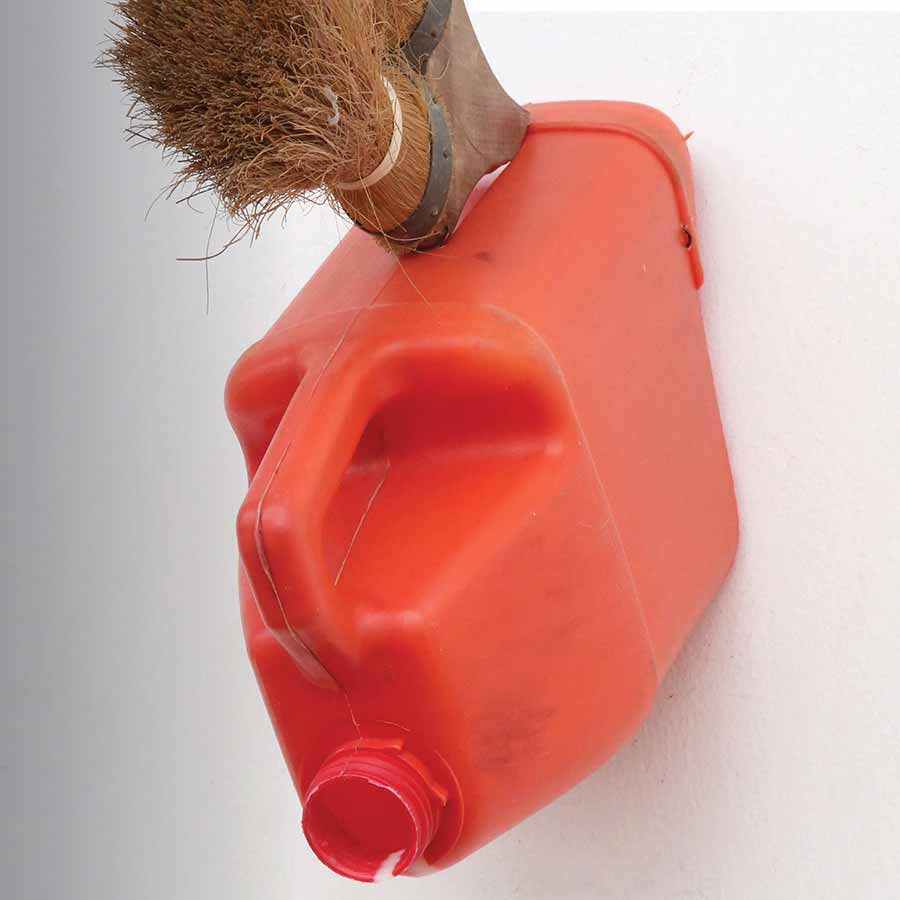 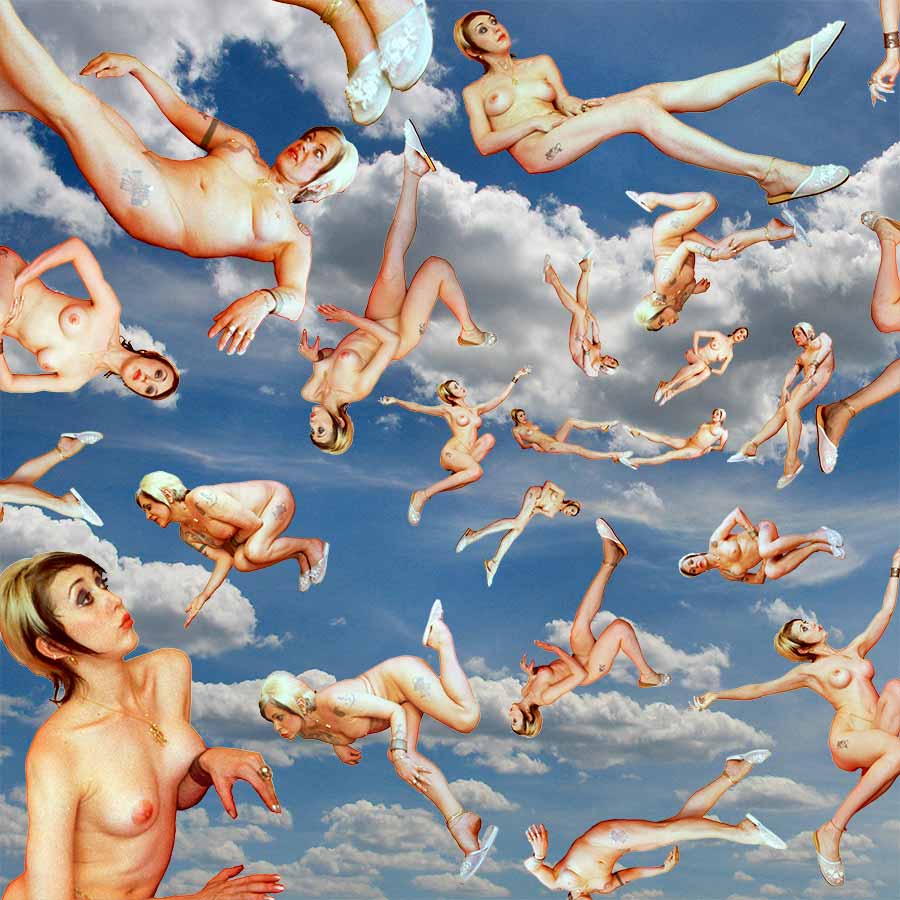 October Gallery were pioneers in presenting the trans-cultural avant-garde,  Transvangarde.

On view will be a striking new canvasby Tian Wei. Born in Xi’an, China, Wei’s bold abstract calligraphic works are playfully cross-cultural. At first glance his canvases resemble Chinese calligraphy, however when studied, resolve themselves into words understandable in English, giving the viewer access to the artist’s lived experience within the East and the West. Wei studied in Hawaii and is currently undertaking an artist’s residency Iconoclasm and Vandalism at the Getty Foundation, Los Angeles. His second solo exhibition at October Gallery will be held in autumn, 2018. Like Tian Wei, Golnaz Fathi, one of only a tiny handful of women trained to the highest level in Persian calligraphy, pushes the boundaries of legibility and intelligibility in her work through the amalgamation of traditional and contemporary practices. The result is breathtaking and each work is densely inscribed with potential meanings allowing unrestrained imaginative possibilities.

Eddy Kamuanga Ilungais one of the most exciting young artists working in Africa. Born in the Democratic Republic of Congo in 1991, his large-scale paintings possess a monumental quality that is both heroic and elegiac. October Gallery will present a second solo exhibition of his work in late spring, 2018. Alexis Peskine, of Brazilian and Russian heritage, was born in Paris. His work focuses on questions of identity. Peskine’s painstaking method involves hammering nails of different lengths and with pinpoint accuracy, into wood, resulting in intensely visceral composites. Metaphorically connecting the nail to the Black Experience, he depicts figures that portray strength, perseverance and self-possession, with an energy startlingly reminiscent of the Minkisi ‘power figures’ of the Congo basin. Another artist renowned for her powerful political viewpoint is Laila Shawa. Her uncompromising documentation of events in today’s Middle East include the creation of canvases and sculptures that comment upon major episodes of modern Palestinian history. Sokari Douglas Campis represented by Pistachio Girls, a playful sculpture created from pistachio tin cans. Douglas Camp’s sculptures refer to her Nigerian roots and international issues.

October Gallery has represented El Anatsui since the early 90s. Globally renowned for his iconic hangings of aluminium bottle-tops, he will be represented by a large metal sculpture, Avocado, Coconut and Egg (ACE), 2016. Anatsui’s artistic practice has always been rooted in the discovery of new media: his current series of pioneering prints, Benchmarks are a reflection of this creative process and selected prints are currently displayed at the Academicians’ Room, the Royal Academy of Arts. In 2015, Anatsui was awarded the Golden Lion for Lifetime Achievement at the 56th Venice Biennale, All the World’s Futures, and he was honoured with the Praemium Imperiale Award for Sculpture, in Tokyo, in 2017.

Transvangarde will include signature pieces by Romuald Hazoumè, a master of many diverse media. Hazoumè creates masks, photographs, paintings, sculptures and multimedia installations that include sound and video components. His creations mark him as one of the most innovative artists to emerge from Africa. Hazoumè’s works are humorous and wryly political. During his artistic career, he has created a series of monumental installations that act as metaphors of African place, history and identity. Hazoumè was the Arnold Bode prizewinner at documenta 12, and his work has been shown in major international galleries and museums.

On display will be a photographic work by Genesis P-Orridge and a needlepoint work by Sylvie Franquet. Both artists question attitudes surrounding gender and social and creative status. An electric aesthetic reminiscent of punk imbues Franquet‘s stitching, while P-Orridge, cultural engineer, artist, writer and lecturer, has practiced body modification to vet personal revelations and esoteric traditions.

Also included will be works on canvas by Nepalese artist, Govinda Sah. His subtle ‘sky-scapes’ suggest an infinite universe, the invisible space portrayed by the cloud. Tibet House, New York, presented a solo exhibition of his paintings in2013 and October Gallery presented an exhibition in 2016. Brion Gysin is represented by two works, one from his Marrakesh series and a vivid work on paper, an interior of his famous Dreamachine.There will also be a monumental work by Kenji Yoshida, whose ethereal gold, silver and precious metals on canvas unite a restrained tradition of Japanese appliqué work with that of an abstract modernist aesthetic.

Pioneering Ghanaian photographer James Barnor, is represented by two photographic works, one in black and white and one in colour, while the late Italian photographer, Daniele Tamagni will be represented by a signature photographic work, Sapeurs posing in front of Memorial Savorgnan de Brazza. Barnor is renowned for his analogue photographs of London’s growing multicultural metropolis during the ‘swinging 60s’ and Ghana in the 50s, while award-winning Tamagni leaves a legacy of striking images of fashion subcultures documented throughout contemporary Africa.