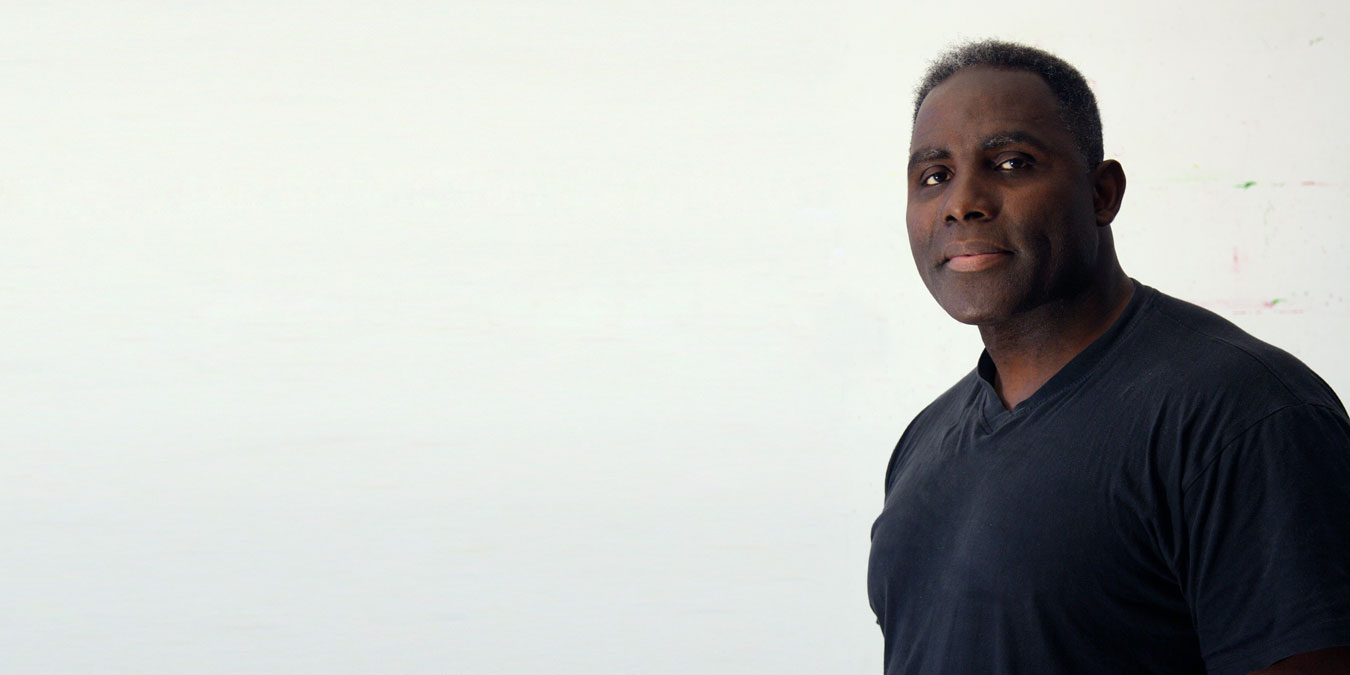 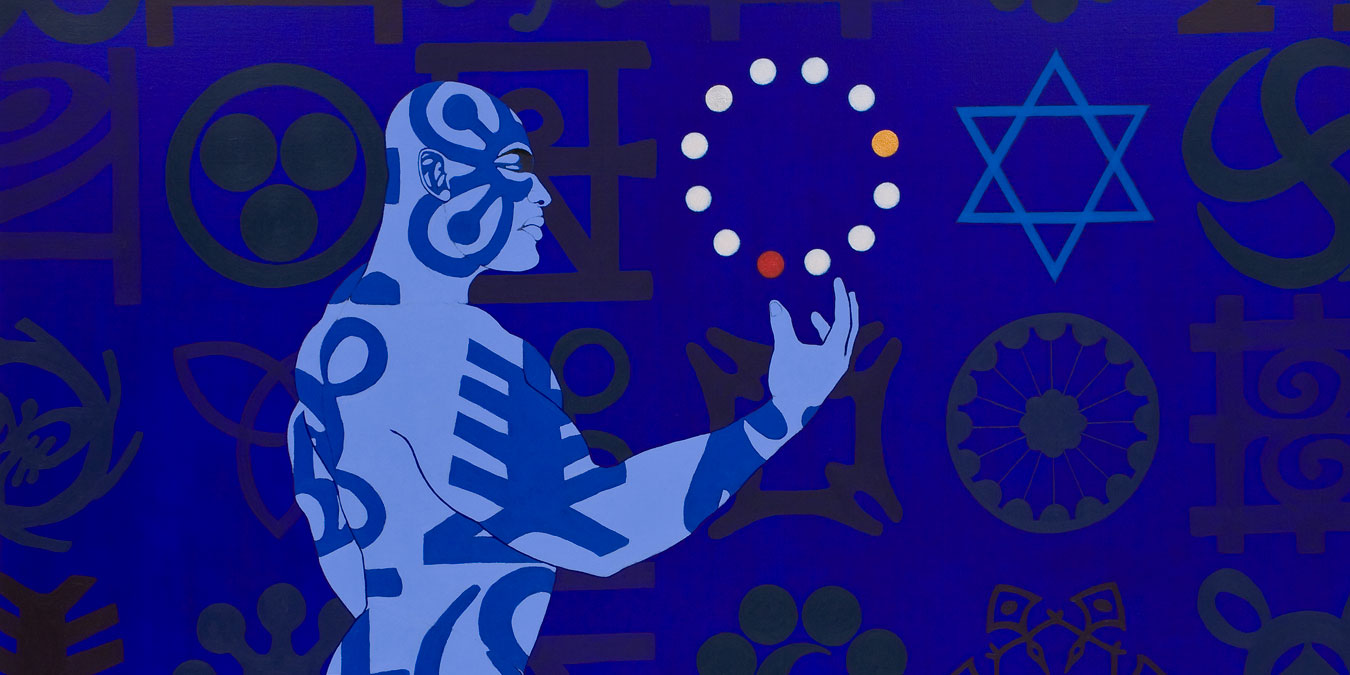 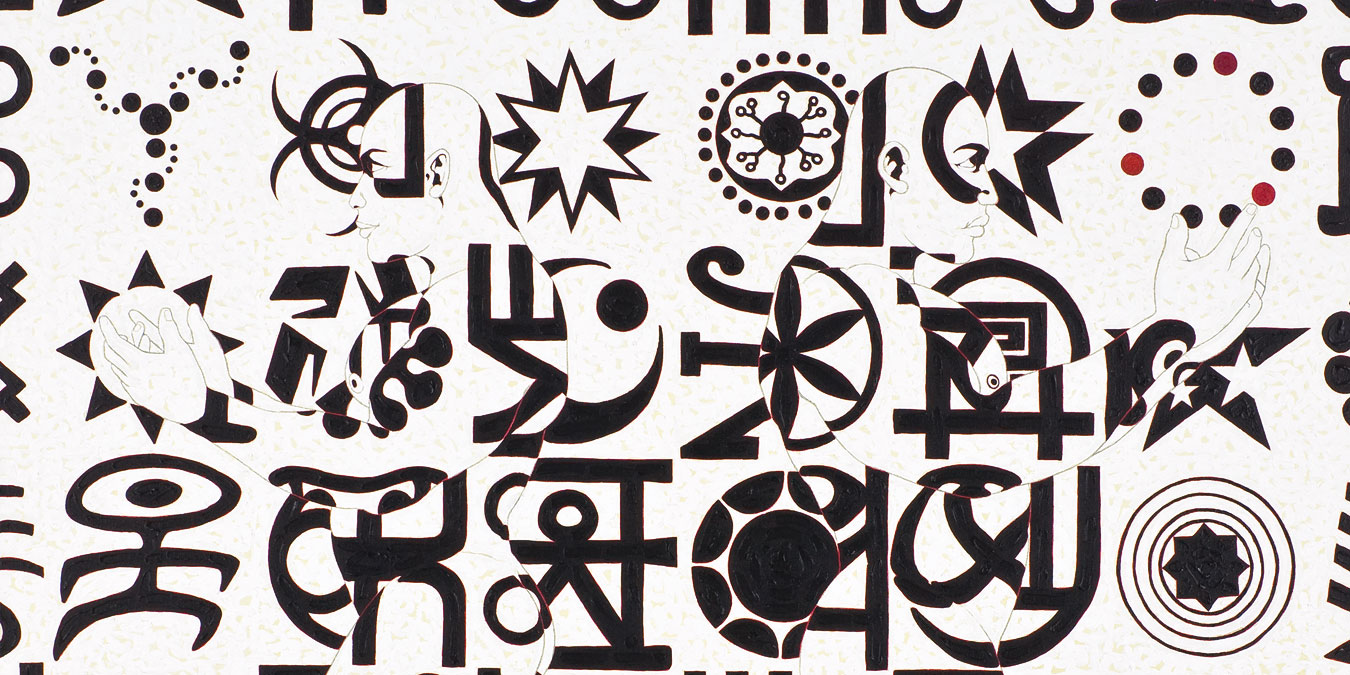 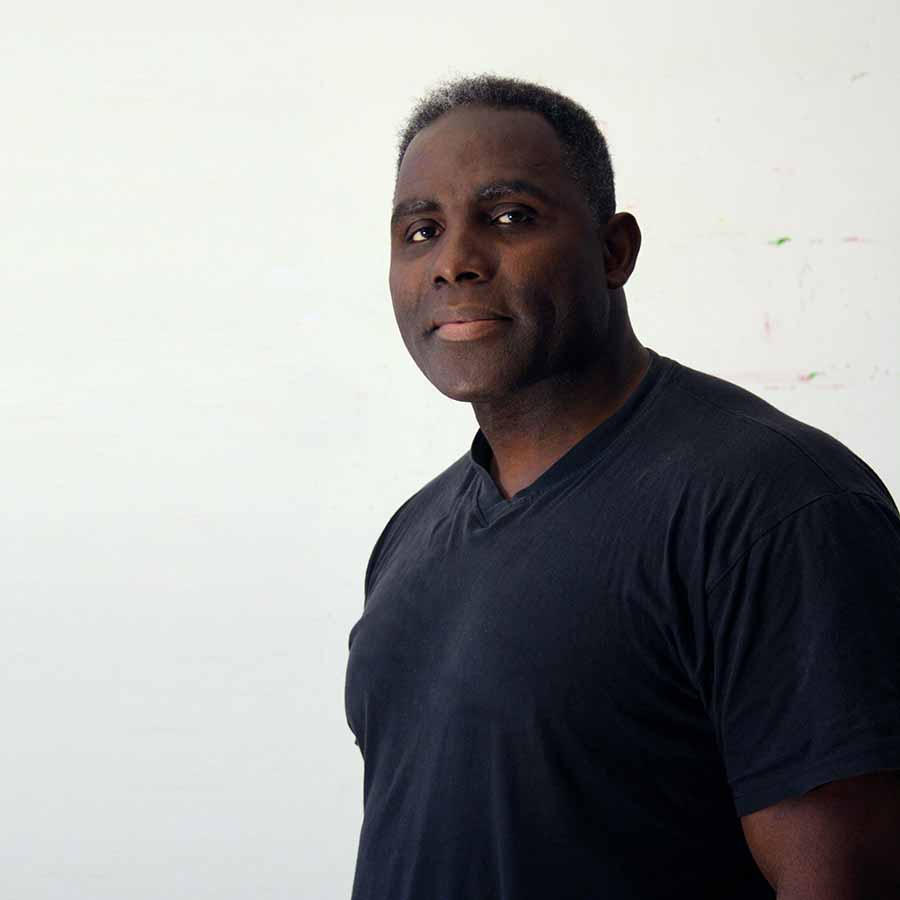 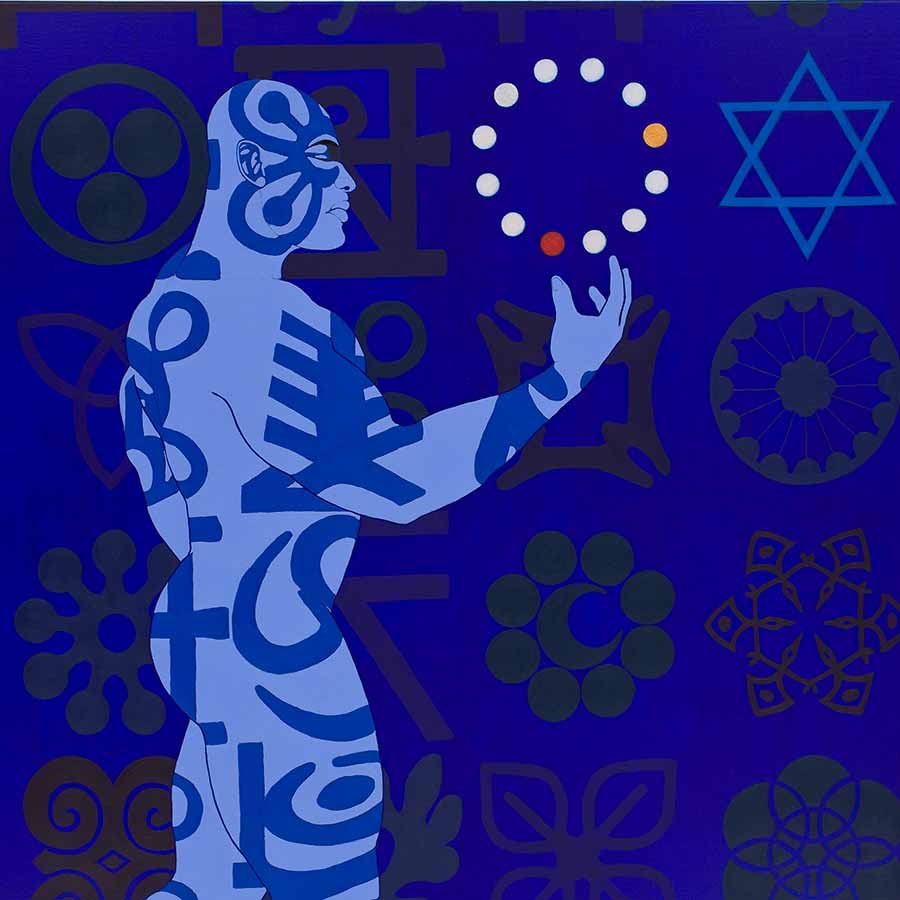 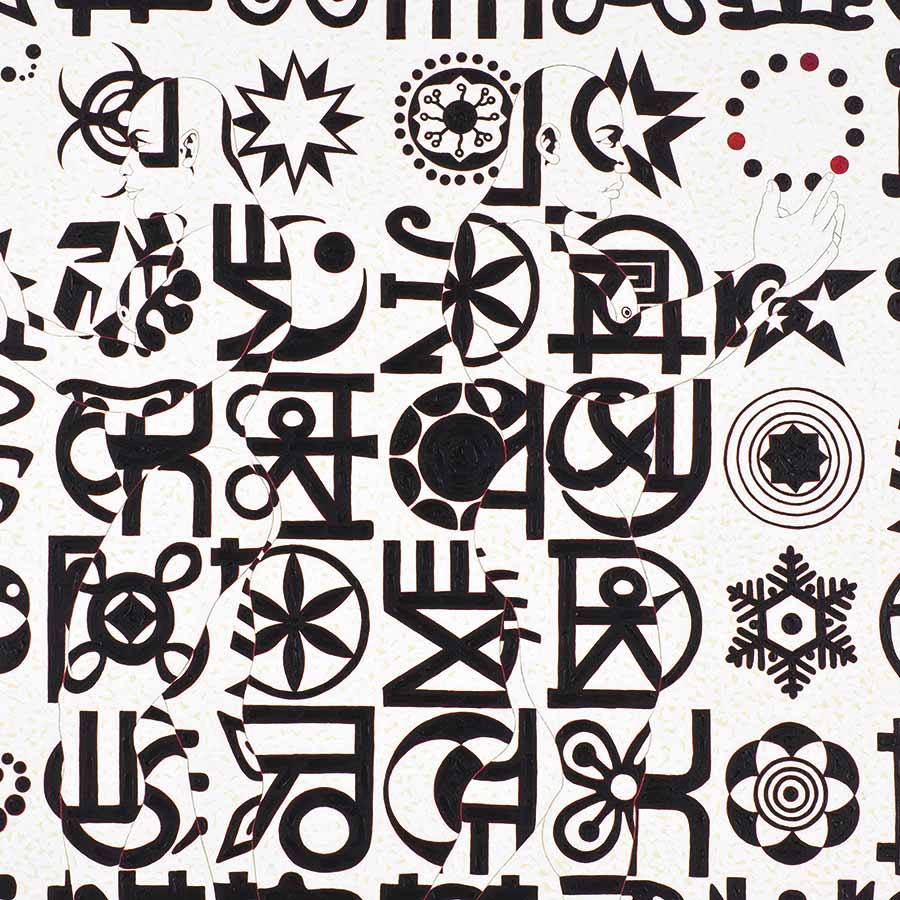 With this new work Owusu-Ankomah further develops these possibilities, adding further visual signs of his own invention to the customary lexicon of adinkra symbols which each represent a particular concept used by the Akan-speaking peoples of Ghana. In the same Akan language ‘kusum’ refers to sacred sites involved in the secret performances of mystery rites. By developing new symbols, such as the circle of shining stars which seems to entrance the main figure in the image above, Owusu-Ankomah yokes together ancient traditions of secret knowledge with modern speculations about the mysterious nature of reality derived from modern theoretical physics, which predict the parallel coexistence of multi-dimensional universes within a single ‘multiverse.’ To illustrate quite how mysterious such hidden knowledge can become, Owusu-Ankomah points to the existence of information amongst the Dogon people of Mali whose traditional veneration of the dog-star Sirius (the brightest star in the sky at night) includes awareness of a small dense companion – a dwarf binary star in modern astronomical terms. The existence of Sirus B, a hot and highly dense companion star, was only confirmed by modern astronomers using a large 18” telescope in 1862. Today, the question remains  as to how an African group without the aid of advanced technologies could have known of their sacred star’s dwarf companion since it always has been, and still remains, completely invisible to the naked, human eye.

These and other ‘mysteries’ are embedded in the symbolic web of messages – both secret and exoteric – which beguile the inhabitants of these marvelously painted worlds. These icons and glyphs contain, for those who strive to decipher their hidden meanings further, Owusu-Ankomah’s musings on the wonders of this mysterious world replete with secret signs. 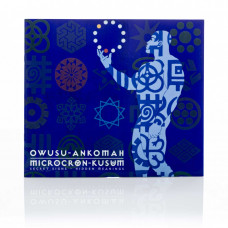