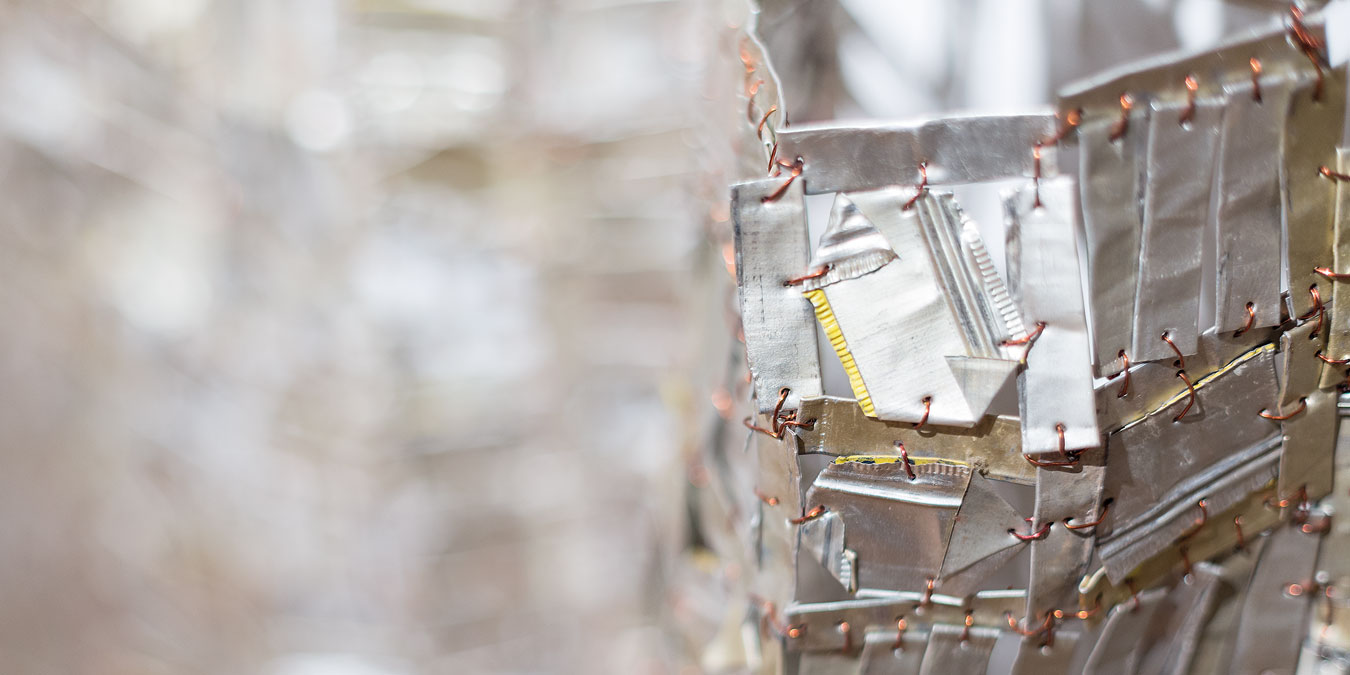 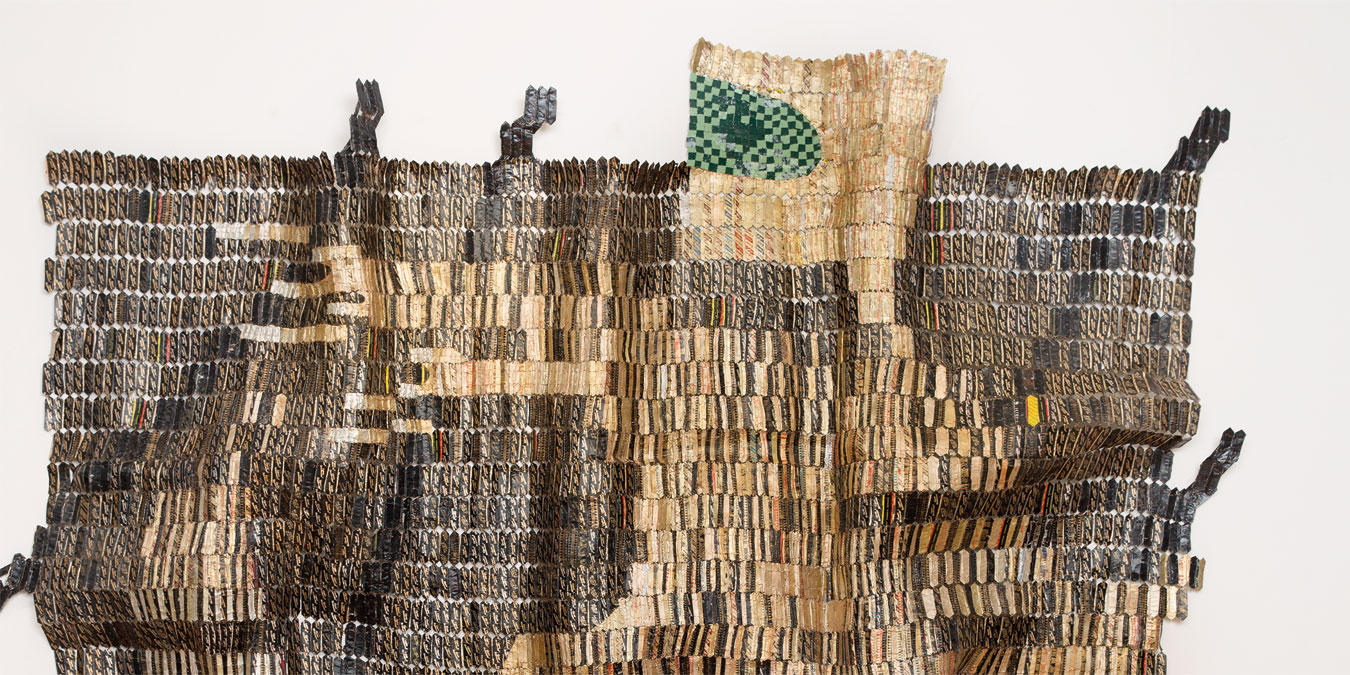 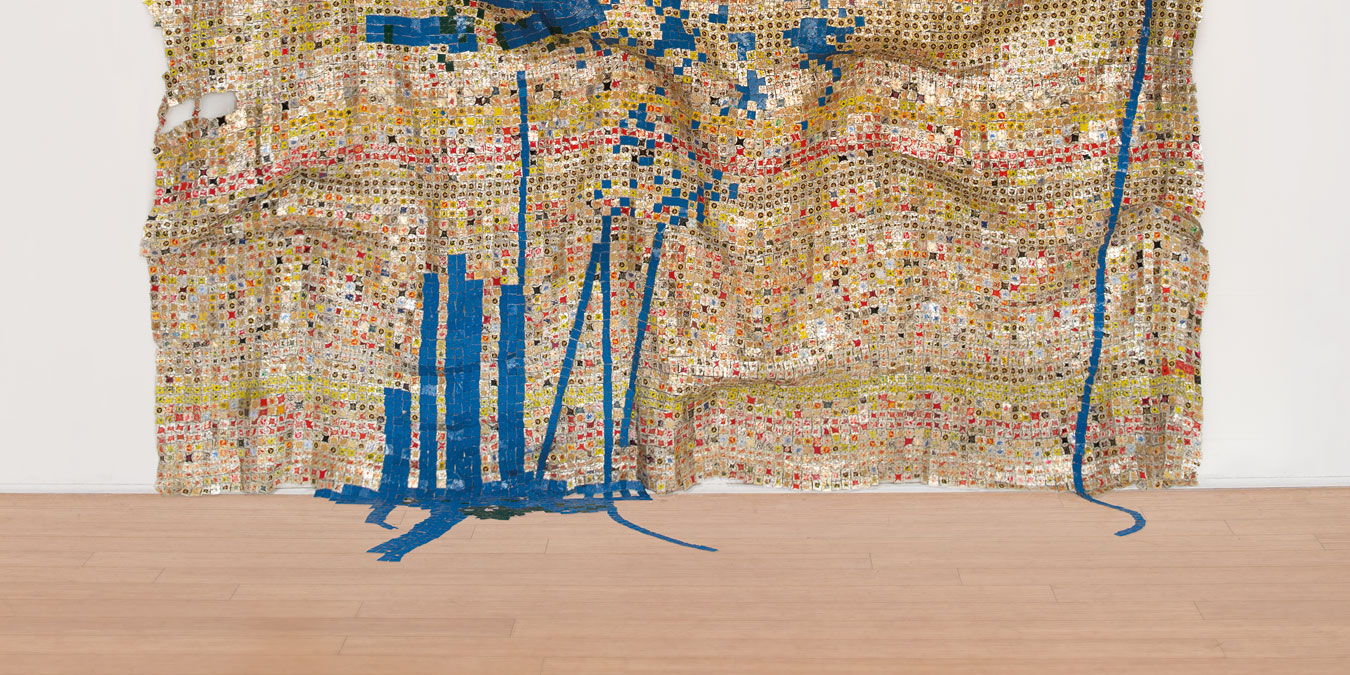 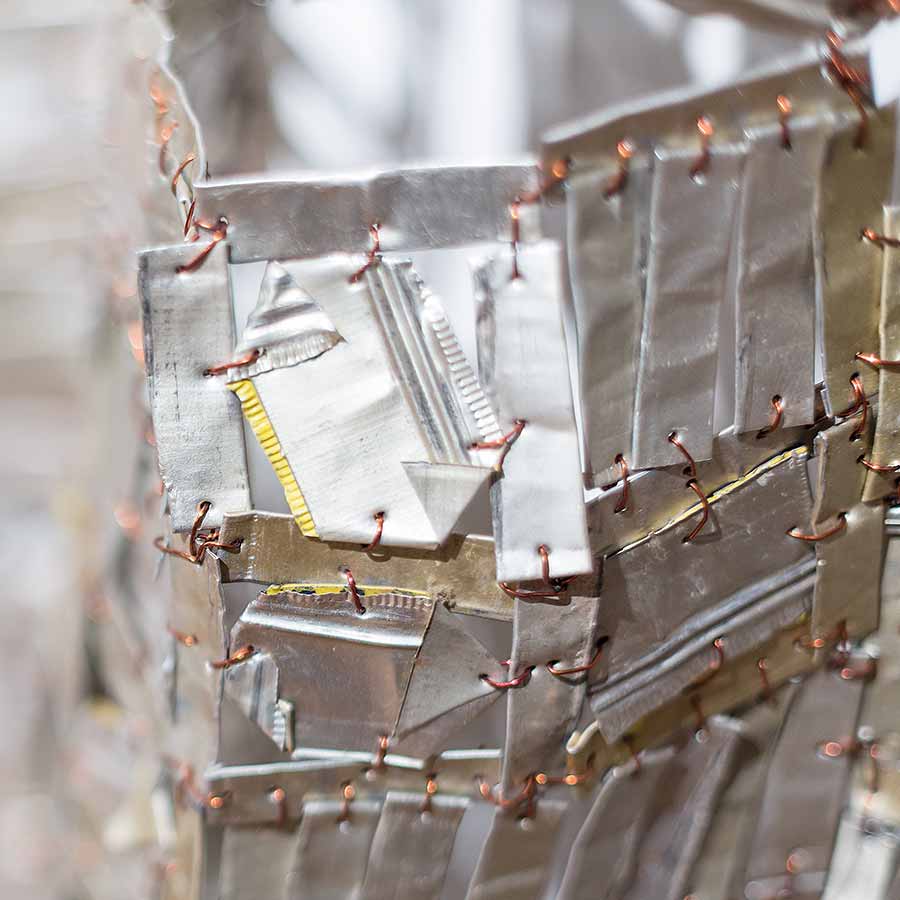 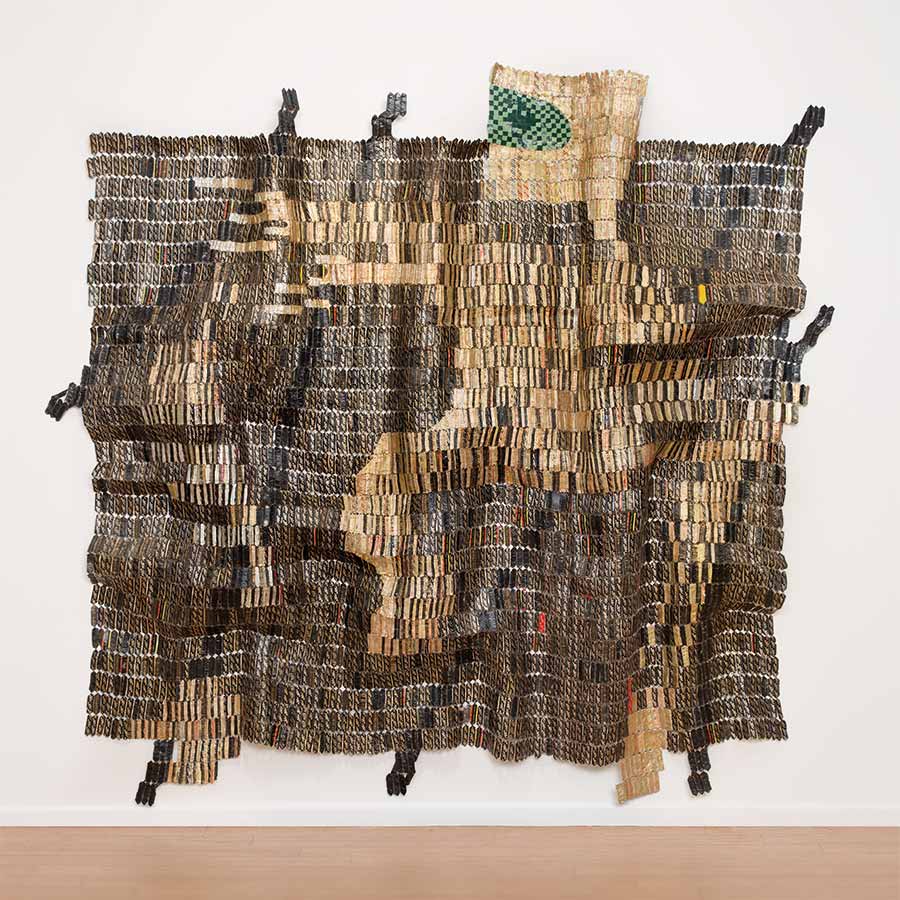 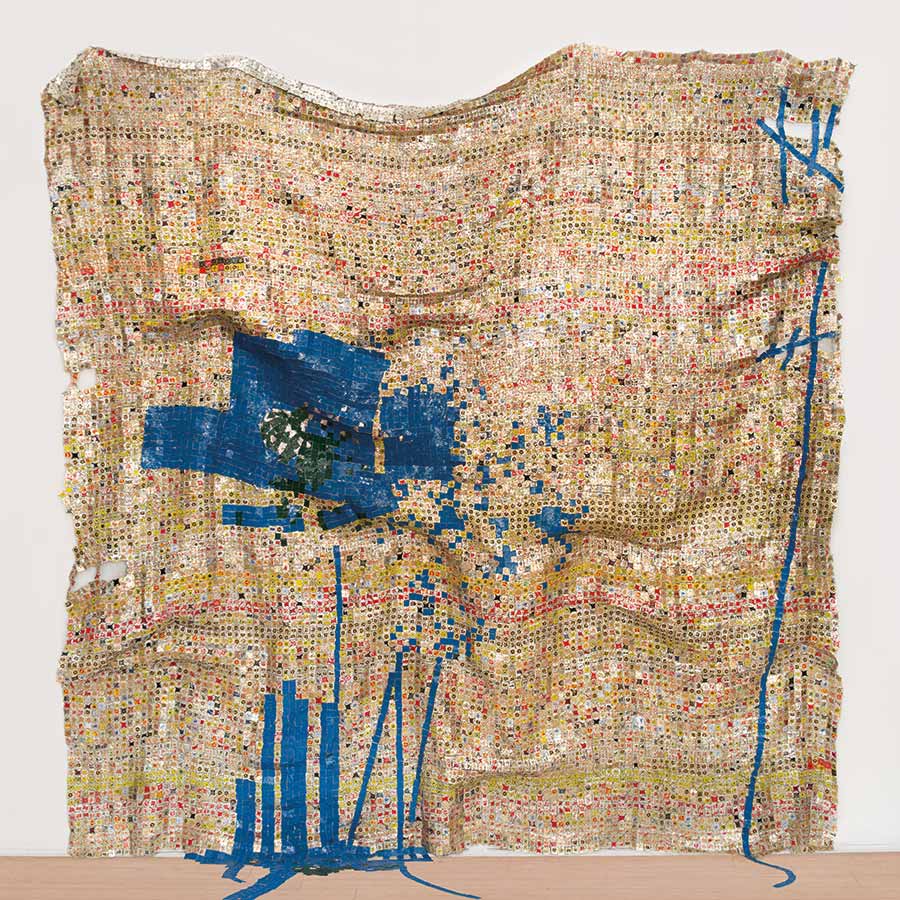 El Anatsui, recipient of the Golden Lion for Lifetime Achievement at the 56th Venice Biennale, is one of the most exciting artists of our time. This exhibition will present a new body of work by the artist that further explores the possibilities of the artist’s iconic bottle-top sculptures.

Throughout a distinguished forty-year career as both sculptor and teacher – he was Professor of Sculpture and Departmental Head at the University of Nigeria, Nsukka – El Anatsui has addressed a vast range of social, political and historical concerns, and embraced an equally diverse range of media and processes. His installations have provoked wide international attention, with institutions and audiences fascinated by these sumptuous, mesmerising works made from thousands of aluminium bottle tops. During the Venice Biennale in 2007, he transformed the facade of the Palazzo Fortuny by draping it in a shimmering wall sculpture. In 2010, two major touring shows of his work opened on opposite sides of the world: El Anatsui: When I Last Wrote to You About Africa at the Royal Ontario Museum, Toronto, Canada (organised by the Museum for African Art, New York) and A Fateful Journey: Africa in the Works of El Anatsui at the National Museum of Ethnology, Osaka, Japan. As part of the 2012 Paris Triennale, he transformed the entire facade of Le Palais Galleria, Musée de la Mode de la Ville de Paris with his striking work, Broken Bridge. In 2013, the Brooklyn Museum, New York, USA, exhibited the touring solo exhibition, Gravity and Grace: Monumental Works by El Anatsui and the Royal Academy of Arts, London, presented the artist with the prestigious Charles Wollaston Award for his work, TSIATSIA – searching for connection, 2013, which covered the entire facade of the RA building. In 2014, he was made an Honorary Royal Academician as well as elected into the American Academy of Arts and Sciences.